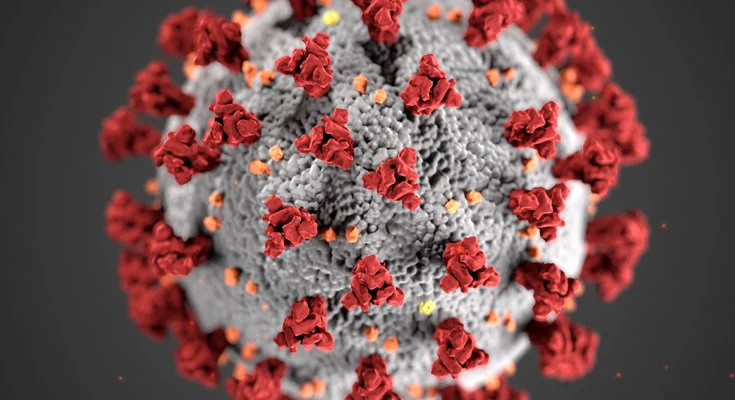 Beyond the dismal parade of ASX-listed victims ensuing from the corona crisis, a low-profile cluster of stocks is benefiting from the mayhem.

Or at the very least, the companies have managed to adjust their business model to cope with the social distancing rules.

Take the tech play Pushpay ((PPH)), which is an app-based intermediary for churches to manage donations and to communicate with their congregation.

The product is most widely used in the US, where Hillsong-style churches attract thousands of attendees. Depending on its size, the client church pays a monthly subscription fee anywhere between hundreds and thousands of dollars, while Pushpay also clips the ticket on the transactions.

The US ban on gatherings of more than ten people has put the kybosh on physical worshipping. In reality, the traditional felt-lined collection bowl has long been superseded by electronic payments and if anything the enforced move to virtual gatherings will work in Pushpay’s favour.

Faith giving sounds fluffy but it’s big business: the company expects current year revenue of $US121-124m, on volume of $US4.8-5 billion. The revenue is derived roughly one third from the subscriptions and two-thirds from the processing fees.

Given the US restrictions only came into effect in mid-March, the real story lies in how the company fares post balance date.

But management is sanguine about the move to live streaming of services and the concomitant rise in “digital giving”.

“Pushpay is seeing a clear shift to digital whereby customers are utilising its mobile-first technology to communicate with their congregations,” the company says.

“The company is experiencing an overall increase in demand for its services and remains well equipped to support customers to leverage digital technology and drive continued congregation participation through the use of its mobile app.”

We’ll know more about the post-corona trends when Pushpay issues its full year results on May 6.

Pushpay late last year entrenched its position in the US faith sector by acquiring “giving solutions” outfit Church Community Builder. The $US87.5m cash purchase was funded by cash on hand and a $US62.5m debt facility.

CCB services more than 4000 churches, taking the combined companies’ tally to around 10,000. Along the way, parties associated with CCB founder Chris Fowler spent $US15m to acquire a 2.4% Pushpay stake.

In hindsight, the CCB purchase could have been better timed, with the company now carrying around $US60m of net debt.

Much depends on the worshippers’ ability to keep their jobs.

In the meantime Pushpay shares are about 37 % off their February peak. As they say, the Lord moves in mysterious ways.

Cometh the COVID-19 and home isolation, cometh the hour for a global subscription-based meal kit service.

An antidote to the overbearing corporate gloom, Marley Spoon’s mantra is all about extending manufacturing and delivery times over the next two months and – yes – employing more people.

On March 20 the German headquartered company said first quarter revenues were expected to rise by 40% to €42 million ($76m), with only the first two weeks of March reflecting the house bound conditions inflicted on much of the populace.

At the same time, acquisition and marketing costs have tumbled because the company simply doesn’t have to advertise.

Broker Cannacord Genuity expects current year earnings of €14.1m, compared with a €34.9m deficit previously. The firm also expects a maiden profit of €3.3 in the 2020-21 stanza.

Marley Spoon shares have roughly tripled since the serve of good tidings, valuing the stock at around $100m. The moot point is what happens when conditions return to some sense of normality.

Operating in Australia, Europe and the US, Marley Spoon delivers pre-portioned ingredients with an accompanying recipe.

The drug developer has achieved what the world wants a COVID-19 vaccine maker to do: get a treatment to market ahead of the expected timeline.

In Clinuvel’s case it’s a treatment for a rare light intolerance condition called EPP. The drug, Scenesse, was ticked off by the US Food & Drug Administration last October.

The company expected to be selling the drug in the US by the end of calendar 2020, but as it happens the first commercial patients – those with private health insurance — will be dosed in April.

Clinuvel chief Philippe Wolgen attributes the swift progress to the company’s previous legwork in negotiating with the insurers. Post approval, the insurers’ pharmacy benefit managers had the paperwork in the bottom drawer.

About 80% of the 4000 EPP sufferers in the US are covered by private insurance. The next step is to seek Medicaid/Medicare reimbursement for the remainder.

Dr Wolgen won’t be drawn on how many patients are likely to avail of the treatment, given some may be reluctant to go near a hospital while COVID-19 rages.

But the life changing nature of Scenesse means that most will try to access the drug, having endured a life of tissue damage and severe pain when exposed to even weak sunlight.

Dr Wolgen is also coy about the likely price of the drug but it’s not hard to work it out. To avoid accusations of price gouging, the company plans to maintain consistent pricing globally and in Europe the drug costs €55,000-85,000 ($US62, 000-96,000) a year (depending on the number of injections required).

Dr Wolgen said some investors had urged the company to spend more research and development to expedite development, but the board decided to preserve the cash (currently $58m) for a rainy day.

The company spent about $185m developing Scenesse, which compares with $400m-plus for a typical drug that gets to market (and the majority of them don’t).

Amazingly for a biotech, Clinuvel is profitable from initial sales in Europe, where Scenesse was approved in 2014. In the 2018-19 the company reported a net profit of $18m on revenue of $18m – and even dispensed a 2.5c a share dividend.

As always for a drug company, the US is the main prize.

Even though EPP is a tiny ‘orphan’ market, the company stands to generate more than $US300m ($500million) if it reaches just half the US patient market.

The company is currently worth around $900m, having retreated from a peak value of $2.2bn after the US approval.