AMP shares bounced and those of gold miner, North Star resources slid yesterday after both withdrew their 2020 guidance.

AMP’s decision was always on the cards, according to analysts who have watched the impact of COVID-19 drive the slide in share prices and bond yields and wondered what sort of impact that would have on AMP’s inflows and returns in some of its investment funds.

AMP didn’t specifically refer to the impact of the virus on inflows or returns in its statement yesterday.

The company said yesterday it had withdrawn its profit forecasts handed down in February that forecast flat growth for the rest of 2020, leading us to believe it will almost certainly be weak.

“Adjusting for the sale of AMP Life, FY 20 underlying profit expected to be broadly flat on FY 19,” the company said in its 2019 financial report.

AMP said its capital position and liquidity currently remained strong, but the uncertain environment and “resultant challenges” made it difficult to provide accurate forecasts for the year.

In February it revealed a loss for 2019 of $2.5 billion and dropped its final dividend after a rough year that saw clients abandon its wealth management arm in the wake of the damaging findings of the royal banking commission, forcing it to launch a capital raising to offset massive writedowns.

On Thursday, AMP confirmed 80 percent of remediation payouts to clients were on track to meet the end of the financial year deadline and the sale of AMP Life’s remains would be completed by 30 June. The process for divesting the New Zealand wealth arm was also on track, it said.

“In response to uncertainty in Australia and globally, we have taken decisive action to support our clients and people, while working to maintain the strength and resilience of our business,” AMP chief executive Francesco De Ferrari said in the statement.

“Whilst the situation is rapidly evolving, our immediate priorities are to support the public health efforts, help our clients make the right choices, and ensure our people are safe and working in healthy environments. Protocols and contingency plans are also in place to ensure our operations and client services can continue throughout the pandemic.”

But a very different story for gold miner, Northern Star Resources yesterday with its shares sliding after it withdrew its production and cost guidance for FY20 due to disruptions caused by attempts to prevent the spread of the coronavirus in regions where it operates.

“While these measures are essential, they are creating unavoidable disruptions to normal operations and affecting gold production,” Northern Star Executive Chair Bill Beament said in an early statement to the ASX.

“There is also the prospect of further restrictions being imposed on the movement of workers and suppliers in Western Australia and Alaska and therefore the Company’s outlook is becoming more difficult to predict with any certainty” Mr Beament said.

As a result of the disruptions, the company said in the statement that March quarter production will be down 10% to 15%.

It also warned that given the uncertain outlook, it cannot provide any assurances about production levels in the June quarter, resulting in the decision to withdraw guidance.

Along with withdrawing guidance, the miner announced it will defer the payment of its interim 7.5 cent a share dividend from March 30 to October 27.

That will defer the outflow of $55 million for seven months.

With the fall in production, costs will rise by an undetermined amount.

North Star said that as of March 25, 2020, it had total debt of $A700 million, comprising a $A400 million four-year term loan and a three-year $A300 million revolving credit facility. Cash on hand and bullion awaiting settlement stood at $A534 million.

Northern Star said it was also taking steps to minimise the financial risk associated with its gold hedges “by requesting the deferral of its CY2020 hedges until CY2021. Deferral means the Company will not have to deliver gold into these deferred hedges this year unless it chooses to.” 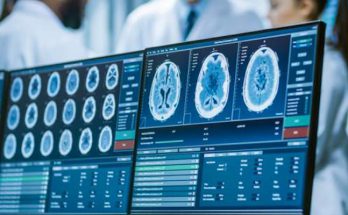 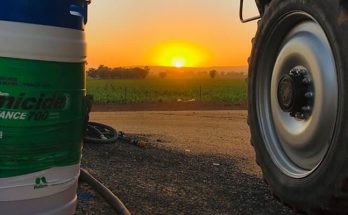