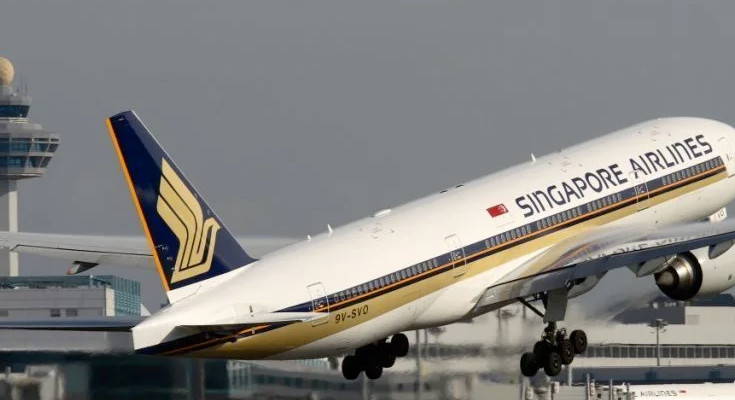 Singapore Inc has come to the party and bailed out the nation state’s global flag carrier, Singapore Airlines in a $S19 billion refinancing that will stop the crippled airline from imploding.

The country’s biggest investor, the state-controlled Temasek Holdings and others major groups, including the biggest bank will inject $S19 billion ($US13.27 billion, $A21 billion) of liquidity into the airline.

It makes a mockery of claims that the fallout from the COVID-19 crisis has not hurt Singapore, even though it seems to be controlling infection and death rates.

The massive financing plan drove SIA shares down 10.5% on Friday and highlights the depth of financial trouble for the global airline industry, with nearly one-third of the world’s aircraft already grounded because of the pandemic.

It is the single biggest financing package announced by an airline since demand plunged because of the pandemic, forcing carriers around the world to ground thousands of planes, put staff on unpaid leave and try to raise more cash to keep themselves alive.

Singapore Airlines’ majority shareholder, state-fund Temasek Holdings, said it would underwrite the sale of shares and convertible bonds for up to $S15 billion.

The share placement is being done at a discount of 53% to the last sale price for the airline’s shares, a good sign of the desperate need for cash.

“This transaction will not only tide SIA (Singapore Airlines) over a short term financial liquidity challenge but will position it for growth beyond the pandemic,” Temasek International Chief Executive Dilhan Pillay Sandrasegara said.

“The delivery of a new generation aircraft over the next few years will provide better fuel efficiencies as well as meet its capacity expansion strategy.”

For the time being, the airline, a major customer for Airbus and Boeing, has cut capacity by 96% and grounded almost its entire fleet after the Singapore government banned foreign transit passengers, the lifeblood of the hub.

Other airlines have started cashing up. Qantas has raised $A1.050 billion from a 10-year loan secured over seven 787 Dreamliners that were bought for cash several years ago.

Air New Zealand Ltd received a $NZ900 million bailout from its biggest shareholder, the NZ Government, while Virgin Australia, 23.11% owned by SIA, is looking to cut planes and staff and raise new capital.

South Korean low-cost carrier Eastar has begun returning some of its Boeing 737 planes to lessors, while Southwest Airlines Co, the US budget airline, says it would consider actions to reduce the company’s size if passenger traffic remains significantly lower six months from now.

The Singapore government Thursday unveiled a $US33.7 billion support package for business and workers, on top of the earlier $US4.9 billion, with aviation services a big winner.

As part of this move, the government said it would pay 75% of all aviation industry employees’ wages, to a maximum of $A4,600 per month – a support package worth $S15.1 billion.

A further $S350 million was set aside to help the airline sector fund measures such as rebates on landing and parking charges, and rental relief for airlines.

Airport traffic at 12 major hubs in the Asia-Pacific region plunged by 80% on average in the second week of March compared with the same period last year, Airports Council International Asia-Pacific said on Friday.

US airlines are preparing to tap the government for up to $US25 billion in grants to cover payroll, even after the government warned it may take stakes in exchange for bailout funds. $US58 billion is on offer for airlines from the $US2 trillion support package now before Congress.

Meanwhile, China has cut the number of international flights into the country to one a day for each of its major airlines to try and cut the inflow of new COVID 19 infections which have triggered a rise in Chinese cases this week.

The Civil Aviation Administration of China (CAAC) said it had directed Chinese airlines to maintain only one route to any country and limit the number of flights to one a week, from March 29.

The CAAC also ordered foreign airlines to reduce their international routes to China to one per week and only operate one route into the country.

And profits at China’s industrial firms slumped sharply in the first two months of this year to their lowest led by big falls in the mining, manufacturing and power sectors as the COVID-19 virus ravaged the economy.

China’s National Bureau of Statistics said profits earned by Chinese industrial firms in the first two months dropped 38.3% from a year earlier to 410.7 billion yuan ($US58.15 billion), much steeper than the 6.3% fall in December.

It was the steepest decline in data going back to 2010. The reading combines the results for January and February to exclude distortions caused by the week-long Lunar New Year.

Reuters pointed out that the COVID-19 outbreak delayed the reopening of many businesses late January through to mid-March.