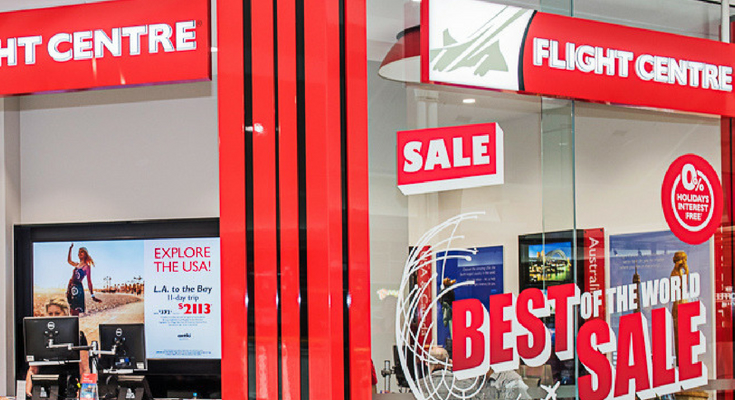 The crisis in the travel and aviation sector worsened yesterday with the Federal government banning all foreigners from entering Australia from midnight tonight and again told Australians returning from overseas that they will have to undergo 14 days of quarantine.

Online travel group, Webjet revealed late yesterday that it was seeking an urgent bailout and Flight Centre asked for its shares to be suspended while it prepares a new statement on the impact the various measures from governments here and around the world, are having on its business.

The Webjet news was the most alarming.

The company, which withdrew its full-year profit guidance earlier this month, went into a trading halt on Thursday in revealing it was seeking an emergency capital injection.

The company is the first of the ASX 200 to seek out fresh capital in the COVID-19 collapse and the move comes as the travel, tourism and the aviation sectors continue to be pummelled by the pandemic.

The trading halt remains in place until March 23.

Flight Centre shares were suspended at the company’s request yesterday to allow it to prepare an update on the damage the coronavirus is doing to its business.

The Federal government yesterday shut the country’s borders to all foreigners from midnight Thursday.

It also comes days after major airlines, Qantas, Virgin and Air New Zealand slashed international and domestic flights and the Federal Government ordered people travelling into Australia to be placed in isolation for 14 days. Other countries have closed their borders and air space, especially across Europe.

Canberra also told Australians travelling overseas to return home as soon as possible – they will have to self isolate when they return.

Flight Centre said “The trading halt is requested under Listing Rule 17.1, pending the release of an announcement regarding the Company’s response to the impact the Coronavirus is currently having on its business.

The statement will probably come on Friday.

And it’s not just Webjet and Flight Centre and their rivals in the travel business are in trouble and needing a bailout.

Qantas yesterday announced that it will ground its entire international fleet, including overseas Jetstar flights, from late this month following the government’s most recent advice for Australians to avoid travel.

Two-thirds of the carrier’s staff – around 20,000 people – will be temporarily stood down in a hope to save jobs in the long term as the airline sector reels from the impact of the coronavirus.

It will also delay the payment of its interim dividend from April 9 until September 1 and senior executives and the board will take a 100% pay cut until at least the end of the financial year, up from 30% earlier, joining the chairman and CEO in taking no pay.

“We’re in a strong financial position right now, but our wages bill is more than $4 billion a year,” Qantas CEO Alan Joyce said in a statement.

“With the huge drop in revenue we’re facing, we have to make difficult decisions to guarantee the future of the national carrier.”

And with the government later announcing it is shutting the orders to all but Australians returning home from midnight Friday (with a few small exceptions), the likes of Qantas, Virgin and Rex will need a massive bailout beyond the $715 million already announced in lower fees and charges and rebates.