Interest rate cuts won’t cure the coronavirus but US investors are still hoping the Federal Reserve will do something this week to help soothe the broiled stock market.

In Australia, local investors will be hoping the ASX can do better today than the relatively soft 61 point gain on the ASX 200 futures market overnight Friday, especially after the Dow was up nearly 9.4% or more than 1,930 points.

But markets in Asia today and in Europe tonight, our time, will be looking to catch up to Wall Street’s late surge on Friday, so expect some big early gains to start with.

Watch also for the latest economic data from China for January and February for investment, retail sales and production to temper some enthusiasm.

Eurozone shares lost 19.8% for the week, but closed before most of Friday’s US rally, Japanese shares fell 16%, Chinese shares fell 5.9% and Australian shares lost 10.9% (albeit a late 12% swing from the bottom to a 4% plus gain on Friday saved it from what otherwise would have been a 20% fall).

Bond yields surprisingly rose last week – possibly because some fund managers had to sell bonds to cover redemptions in the face of losses elsewhere in their portfolios. Bond yields rose sharply in Italy on deficit concerns.

The Fed pumped in $US1.5 trillion into markets on Thursday and Friday which seemed to steady sentiment, but it will be further pressured this week with a gathering list of companies wanting to refund existing debts in the corporate bond markets.

While the iron ore price rose slightly (but still finished above $US90 a tonne – see separate story), oil prices plunged and metal prices fell, led by copper and gold.

This week’s rate cut from the Fed is locked in, so if the central bank didn’t announce a reduction of at least 0.50% in the Federal Funds Rate but more like 0.75%, we could see another big sell-off.

It was the best one-day gains for all three benchmarks since the GFC in 2008.

Having slumped to 4873.7 in early trade, hitting the lowest level since early 2016 and extending the losses from the record high hit less than a month ago to more than 30%, the index staged an amazing rebound into the close, gaining more than 10% in the space of 90 minutes.

It, in fact, rallied an extraordinary 450 points in less than an hour, which summed up what was an extraordinary week for markets with swings the size of rarely seen. But that happened all too frequently for comfort last week. 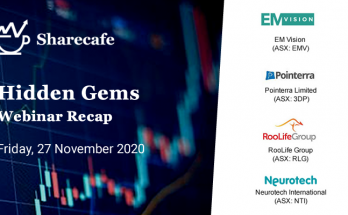