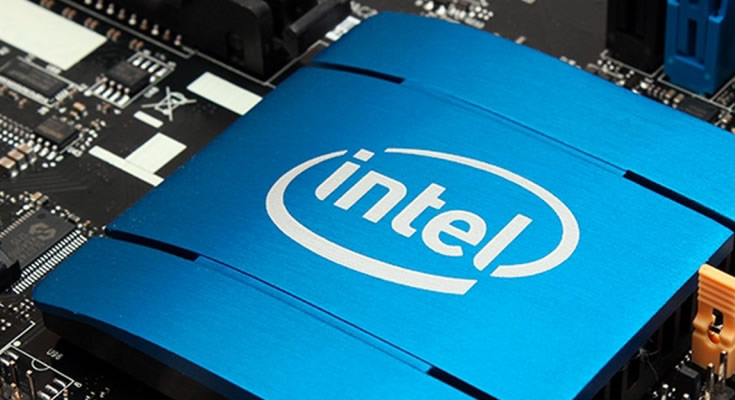 Waymo raised $2.25 billion at a $30 billion valuation, mostly from external investors, which is the first time the company has raised money externally since Google started working on autonomous driving 11 years ago. In an interview with Financial Times, the company flagged a potential shift to focusing on the autonomous technology over the vehicles themselves.

“Our role could be just focusing on the Driver” — the name given to its driverless technology — “and leaving the rest of the customer [experience] to others in the industry,” said Mr Krafcik, indicating a possible shift from bona fide self-driving car maker and robotaxi operator to supplier of autonomous-driving technologies to other companies.

A CRISPR treatment has been directly inserted into the body for the first time. The treatment is part of a landmark clinical trial that’s testing the ability to use CRISPR to remove a genetic mutation that causes Leber’s congenital amaurosis 10 (LCA10), which is a leading cause of blindness in childhood. Previous CRISPR trials have edited genomes of cells after they had been removed from the body, with the edited cells infused back into the patient.

The ability to control a prosthetic limb with your mind is now closer to reality after researchers used machine learning to amplify nerve signals from an implanted sensor, and translated those signals into fine movements.

Amputees wearing the prosthetic hand were able to control each individual finger and swivel their thumbs, regardless of how recently they had lost their limb. Their nerve signals were recorded for a few minutes to calibrate the algorithms to their individual signals, but after that each implant worked straight away, without any need to recalibrate during the 300 days of testing, according to study co-leader Cynthia Chestek, an associate professor in biomedical engineering at the University of Michigan.

Laser-powered liquid jets could mean you take injections without needles.

The device focuses a laser beam at a liquid in a glass tube. A small portion of the liquid rapidly heats and vaporises, forming a bubble. This generates enough pressure to force a jet of liquid into the skin at a speed of up to 300 metres per second.

The jet is less than a tenth of a millimetre wide, which is designed to minimise the impact of the fast-moving liquid on the skin and prevent pain and bruising.

In trials, the liquid jet penetrated 4 millimetres into a skin-like gel – deep enough to deliver drugs under the skin’s surface. When tested on pig skin, the jet reached the tissue just under the skin, where intradermal injections are delivered.

Boston Dynamics and OTTO Motors released a video demonstrating their vision of the future of logistics automation.

MIT scientists have developed a new way to train robots to do tasks by watching humans. The method, called Planning with Uncertain Specifications (PUnS), allows the robot to simultaneously weigh many ambiguous requirements to reach the end goal when deciding what to do next, which is suitable for tasks where observing humans didn’t lead to a clear step-by-step specification set (such as setting a table).

In simulations asking the robot to set the table in different configurations, it only made six mistakes out of 20,000 tries. In real-world demonstrations, it showed behavior similar to how a human would perform the task. If an item wasn’t initially visible, for instance, the robot would finish setting the rest of the table without the item. Then, when the fork was revealed, it would set the fork in the proper place. “That’s where flexibility is very important,” Ankit Shah says. “Otherwise it would get stuck when it expects to place a fork and not finish the rest of table setup.”

Talespin raised $15 million for enterprise training in augmented and virtual reality. The funding round was led by Cornerstone OnDemand, a listed cloud-based talent management software provider.

Intel chips from the past five years have an unfixable security flaw.

Coronavirus dominated news headlines as the virus spread throughout the week, with reported infections doubling every 4 to 5 days outside of China.

Like other viruses, coronavirus mutates slightly as it spreads. These changes in the genome are now being tracked almost in real-time on a website called Nextstrain, which allows scientists to see the evolution of the virus and how it has spread from country to country.

Several events have been cancelled and more workers are staying home in an attempt to slow the spread. For those working from home, HBR wrote about what it takes to run a great virtual meeting.

Quarantines in China have boosted user numbers for both Tencent and NetEase as people stay indoors.

Honeywell claims it has built the world’s most powerful quantum computer. They plan to unveil it in the next three months. JPMorgan has signed up as the first public user.

Honeywell claims its upcoming computer will have a quantum volume of at least 64. To put that number in perspective, IBM recently announced a 28-qubit computer it built had a quantum volume of 32. The company was able to achieve this feat in part to thanks to a breakthrough it made in 2015 when it developed a technology that uses lasers to trap electrically charged atoms in a superpositioned state.

Quantum computing startup Rigetti Computing raised $71 million in a down round.

AST & Science emerged from “stealth mode” last week claiming it will be able to link satellite connectivity to ordinary smartphones. The company demonstrated its technology last year, and on March the 3rd they announced they had received investment from Vodafone, Rakuten, Samsung, American Tower, and other backers.

As well as working with existing phones, without the need for terrestrial gateways, Mr Avellan says that because his system needs far fewer satellites than its mega-constellation rivals, and thus fewer launches, it will be cheaper to build. As for pricing, he says access will be cheap enough for it to be used as a gap-filling technology in poor countries, where coverage can be patchy in rural areas. Such extraordinary claims require extraordinary evidence. Now he must prove that his scheme will fly.

China’s largest car company, Geely, is planning on launching a low-earth orbit satellite network to support high-speed data transmission, precise navigation, and cloud computing. The company is building its own satellite production and testing facilities and plans to eventually make 500 satellites per year.

There are two seats left (out of three) on Axiom Space’s 10-day trip to the International Space Station. Tickets cost $55 million. The trip is expected to take place in late 2021 or early 2022.

Apple agreed to a $500 million settlement for slowing down older iPhones as it launched new models.

Laser weapons are almost ready for the battlefield.

The breakthrough for solid-state lasers came in 2014, with the testing by America’s navy of one that had a power of 30 kilowatts (kw)—the output of an average home boiler. When fitted to a small vessel called USS Ponce it proved able to fry the components and motors of nearby drones and boats. Ponce’s captain was then given permission to use it for real, if he needed to.

In light of this success a 60kw system, similarly intended for use, will be fitted on USS Preble, a destroyer, later this year. And an even more potent 150kw weapon is undergoing tests on larger ships. Nor are such devices exclusively naval. In February the American army said it planned to field its first “combat relevant” laser, a 50kw weapon that would sit atop Stryker armoured vehicles and defend them against aerial threats, by 2022.

The Science meets VC podcast tells the inside story of the creation of the V2 Food company, the Australian plant-based meat company.