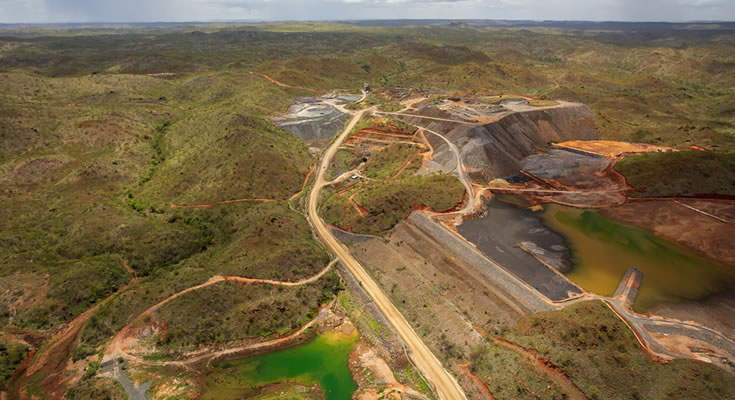 The stock doubled in price in a single day on speculation that the exploration drilling was the first sign of Mawson being the region’s “next Nova discovery”.

Prior to this, the 2012 discovery of the Nova nickel deposit, also in the Fraser Range nickel belt, shot Sirius Resources to fame, returning shareholders a return of circa 10,000% in a matter of months and led to Sirius’ acquisition by Independence Group (ASX:IGO) for $1.8 billion.

Located 50 kilometres along strike from Legend’s Mawson Prospect is Galileo Mining’s (ASX:GAL) Lantern Prospect — both are located in the Fraser Range nickel belt, along with the Nova mine. 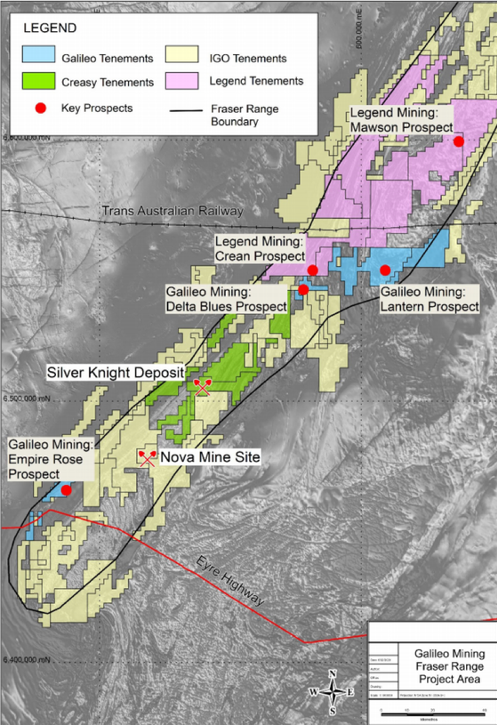 Galileo, Legend, and Independence Group each share more than just relatively adjacent territory, they have the support of one of the biggest and most successful prospectors in Australia’s mining industry — Mark Creasy.

Creasy has one of the best strike rates amongst Australian miners when it comes to making new discoveries, and he has been particularly successful in the Fraser Range area.

After Creasy discovered Nova in 2012, his privately-owned Creasey Group had all of the best ground in the Fraser Range.

Legend Mining managed to pick up some of this quality ground from the Creasy group In 2015 — the same ground where last year’s discovery was made.

In 2018, Galileo Mining also managed to get hold of some prospective ground from Creasy Group which is it now actively exploring.

Today, the region’s best ground is in the hands of active junior explorers — Legend and Galileo Mining— of which Creasy, interestingly, has 27% and 31% shareholdings respectively.

Galileo has just commenced a reverse circulation (RC) drilling program at its Lantern Prospect at its Fraser Range Project. This in one of three drilling programs scheduled prior to June 30 (RC, aircore, diamond drilling).

The results from the RC drilling will be integrated to provide the targets for the upcoming diamond drill hole testing of the most prospective parts of the conductors.

Commenting on the drilling program, Galileo managing director Brad Underwood said, “Our first RC drilling program at the Lantern Prospect will allow us to drill to depths beyond the range of the aircore drilling we have completed to date.

“This represents an important advance in the exploration of the area as we focus on those zones which have shown the greatest potential from our earlier work.”

It is worth noting that Legend made its discovery at Mawson by conducting diamond drilling at an area that had been the subject of shallower drilling.

Consequently, the leads established by Galileo in the upcoming RC program are extremely important.

Underwood speculates that “good drilling results” that indicate the Lantern prospect could be similar to Mawson, could deliver Galileo a similar-sized market value to that of Legend of around $200 million.

This is not unlikely as Galileo’s aircore drilling results were similar to that early results at Legend’s Mawson prospect.

“Outstanding results”, meanwhile, would look like a Nova style discovery and could deliver a Nova scale valuation of $1.82 billion.

Galileo is well funded to progress its exploration program throughout 2020 with a sizable cash balance, given its sub-$20 million market value, of $5.1 million.

With RC drilling now underway, results could prove to be a major catalyst given the company is still priced at one-tenth of that of Legend Mining.