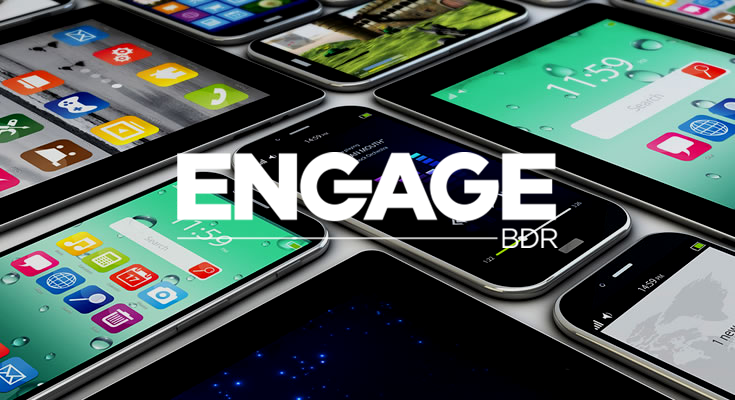 Mobile in-app advertising specialist engage:BDR (ASX code: EN1) delivered an impressive result for the 2019 financial year – engage:BDR uses the calendar year as its financial year – in its second full-year on the ASX since listing in December 2017. And based on how the business is running so far in 2020, the current year looks likely to show further step-up in most of the company’s key metrics. That would be a welcome sight to EN1 shareholders, who, at a share price of 1.9 cents own a company valued at a tiny $14 million.

To be fair, EN1’s performance last year could hardly be faulted.

engage:BDR is an “adtech” company, whose proprietary technology is used to optimise the sale of advertising inventory from digital publishers (websites and apps) to advertisers and their agents (brands, agencies and advertising platforms). At present, about 85% of revenue comes from the core business, “programmatic” advertising, which is the automated buying and selling of online advertising, through an “Ad Exchange.” The company’s app advertising platform AdCel, is second in line as a revenue contributor – and growing fast.

“The specific advertising space we help advertisers reach is in mobile apps,” says engage:BDR co-founder and executive chairman Ted Dhanik. “In app advertising, there is much richer data than you have on the web. The app world is much bigger than the web world, and advertisers want the really deep targeting capabilities, that they don’t have on the web.”

engage:BDR applies artificial intelligence (AI) tools to leverage automated and data-rich computing techniques that allow it to “better predict what ad buyers are willing to buy and what they’re willing to pay, in real-time,” says Dhanik.

“We see who opens the ad, we see who we serve the ad to, because our technology lives on the device. Users are targeted not by identification of personal information – we don’t know who the user is – we just know the user’s pattern of behaviour. We provide that data to the advertiser when the auction happens – engage:BDR handles 100 billion dynamic ad auctions every day – and the advertiser uses that data to better target that user, to get better engagement with their ad campaign,” says Dhanik.

He says the company is “right in the sweet spot” of the global shift toward mobile in-app advertising, where the surging use of mobile apps is encouraging brands and advertising agencies to favour in-app advertising. According to measurement company Statistica, there were 178.1 billion mobile apps downloaded worldwide in 2017, a number that is predicted to rise above 189 billion in 2020, and to more than 258 billion downloads worldwide in 2022.

Millennials and Gen Z consumers, who range in age from 18-35, make up the largest percentage of mobile app users. Advertising in these apps provides advertisers with a large pool of active users, who are more likely to engage with the ads.

With a strengthened balance sheet, Dhanik says the company now has a “blank slate” in terms of opportunities to scale its business. Moreover, it has raced into the new year with a head start.

“We’re already running at 300% better, year-to-date. For example, in February we beat the February 2019 entire month’s revenue in the first nine days of the month. By the 16th of February, we beat the entire first quarter of 2019, in revenue. AdCel’s revenue is on track to triple and quadruple over the first quarter, so it’s going to be a pretty strong contributor. But at the same time our core Ad Exchange business revenue is growing as well, so we have growth on both sides. and growing very fast. Our NetZero value proposition that we have presented to publishers – where we say, ‘We’ll pay you the day that you invoice us’ – is getting great traction with publishers. We’re on track for 300%-plus revenue growth this year, and we’re focused on keeping that momentum going,” concludes Dhanik.