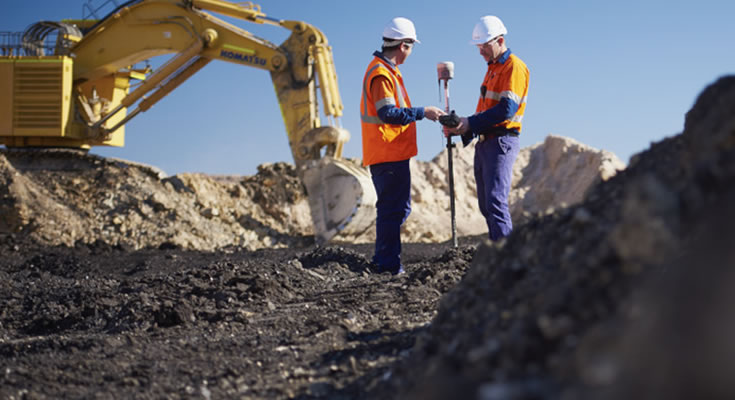 Even the maligned banks have relinquished their ‘most maligned’ status to Old King Coal following our summer of conflagrations for which carbon-emitting coal powered stations copped the blame.

While the black lumps might not quite be the new tobacco, influential investors and financiers globally are casting their bet that the hazy sun is setting on the age of coal.

Global banking giant Goldman Sachs said it would not make any new investments in coal mines and power stations.

But in adversity lies opportunity and some deep-pocketed investors have recognised that, like the Stone Age, the era of coal won’t end overnight: coal remains Australia’s second-biggest export and output is increasing rather than shrinking.

The odium surrounding coal certainly wasn’t a deterrent for Gina Rinehart who expended a lazy $744 million to buy the private Riversdale Resources (with plans to spend almost as much to develop the Grassy Mountain project in Alberta, Canada).

While global prices have eased, many of our producers have achieved record production and are still making respectable profits. Their upcoming December half disclosures should give clearer guidance on the skittish market conditions.

The operator or manager of nine underground and open cut mines, in NSW and Queensland, Yancoal posted a record $852 million net profit in calendar 2018.

In January the company reported that it had hit its calendar 2019 target of 35mt of saleable coal, 9 per cent higher.

The trouble is, the company received only $93 a tonne for its output in the December quarter, compared with $136/t a year previously.

Despite the slump, Yancoal is optimistic about recovery as Japanese power stations increase demand after maintenance-related shutdowns.

On the supply side, expects producers with a $US cost base curtail supply, notably in Indonesia and Colombia. The appreciating greenback is increasing their cost of doing business.

New Hope’s latest report (for the three months to January 2019) showed a 9 per cent boost in output to 2.88 million tonnes, but solely the result of the company increasing its stake in the NSW Bengalla operation from 40 per cent to 80 per cent.

Without that investment, output would have plummeted 19 per cent.

Meanwhile, management has been tussling with opponents of its plans to expand its key mine, New Acland on the Darling Downs.

While the Queensland government and then the courts gave the company go ahead, progress has been slowed because of a High Court appeal application from the Oakey Coal Action Alliance.

To the company’s ire, the government hasn’t signed the requisite paperwork.

In early December NSW miner Whitehaven Coal warned its biggest operation, Maules Creek, was suffering because of a dearth of skilled operators and “smoke dust and haze events”.

The heavy rains have ameliorated the latter and filled the miner’s dams.

In the December half just reported, Whitehaven’s run-of-mine coal output slumped by 31 per cent, to 7.5 million tonnes. Adjusted net profits tumbled from $305.8m to $27.4 m.

A well as copping average lower prices, Whitehaven’s output was also affected by production interruptions at its Narrabri mine as equipment had to be moved to a new long wall.

But Whitehaven still guides to full year ‘run of mine’ output of 20-22 mt, 9-19 per cent higher than previously.

While thermal coal is on the nose, coking (or metallurgical coal) is a more ethical alternative because it doesn’t go up power station smokestack.

Then again, steel making is also a carbon-intensive industry. But given you need plenty of the metal to make wind turbines and solar panels, coking coal can sneak on to the ‘wholesome’ list.

Despite this, Stanmore shares trade on an earnings multiple of less than four times and a 5 per cent yield plus.

The company’s $180m market capitalisation is supported by net cash of $58m.

What’s former Leighton chief Wal King up to these days? He’s up to his neck in coal.

King chairs the indebted Terracom (TER, 26c), which looks to have succeeded in snaring control of the UK based, South African coal producer Universal Coal (UNV, 22c) amid an increasingly ugly stoush.

Terracom is the latest in a string of suitors to have a crack at Universal, which operates three mines – mainly thermal coal but with some coking output – with a fourth in progress. Output is underpinned by offtake agreements with the country’s state-owned utility Eskom.

Terracom started out with a 19.9 per cent Universal holding and this week claimed acceptances that take its stake to 51 per cent, rendering its cash-scrip offer unconditional.

Terracom is offering 10c plus 0.6026 of its own shares for every Universal share.

This supposedly valued Universal shares at a healthy 39c a share, but at the current market price of Terracom shares it’s more like 25.6c.

Universal’s attributable coal sales declined 7 per cent to 936,000 tonnes in the December quarter, but the company still points to full-year sales of 3.9 mt.

Management has also guided to underlying earnings (ebitda) of $73m, 25 per cent off the previous year’s bumper $98m.

On our reckoning, Universal shares are trading on a multiple of less than five times, and a yield of around 8 per cent. And while we get the need for a ‘South Africa discount’, Wal and co look to have snared a carboniferous bargain.

Terracom’s flagship project is the Blair Athol mine in Queensland, acquired in 2017 for – you guessed it – one dollar. The company also owns a coking coal mine in Mongolia’s South Gobi Desert.

Not to be satiated by its Universal steal, the company is now pitching for a bauxite play called Anglo African Minerals Plc, which operates in the Republic of Guinea.

There’s also some serious petrodollars behind this one: the private office of Dubai’s Sheikh Ahmed Bin Dalmook Al Maktoum.