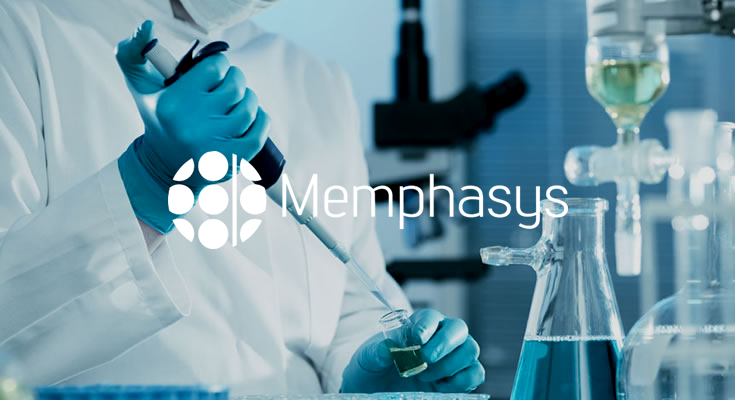 For couples struggling to conceive, in vitro fertilisation (IVF) can be a daunting and expensive process in which the chances of success rapidly diminish with age.

Fortunately, there is a key element to tilting the odds back in favour of parenthood: the quality of the sperm used in the first place.

Globally, sperm quality is declining, with one out of three men aged over 40 presenting with sperm fertility issues, and half of failed infertility cases have poor sperm as an important contributing factor.

Thus, sorting the virile, healthy ‘tadpoles’ from the ‘also rans’ is a key early step in the IVF process.

Enter the ASX-listed Memphasys (‘MEM’), which has developed a novel device to separate and select sperm more quickly and effectively than the current methods.

Dubbed Felix, the device uses electrical fields and membranes to sort the sperm by quality and size.

The separation membranes arrest cellular debris and other unwanted components, such as white blood cells and the sperm with ‘double heads’ and kinked tails, while the healthy sperm are free to pass through.

The Darwinian ‘swim-up’ process involves the ‘best swimmer’ sperm breaking out of the seminal plasma, proving they can indeed move on their own. In the density gradient process, the samples are vigorously spun to separate the denser sperm from the rest.

Both methods are labour intensive and can actually cause DNA damage. They also take over half an hour, while the fully automated Felix gently pulls out the potently charged sperm candidates in about six minutes.

Memphasys’ own gestation has been a prolonged affair, with the company emerging from the dust of a troubled predecessor called NuSep.

Ms Coutts recognised the value of the device, originally known as Sperm Sorter and, along with fellow director Andrew Goodall, recapitalised the company.

The technology itself was developed in collaboration with University of Newcastle fertility specialist, Professor John Aitken.

With most of the heavy lifting development work now completed, Memphasys has embarked on verification and validation, a rigorous evaluation of the Felix design and its performance under pressure through real-world usage.

In a parallel process, fertility leaders in Japan, the USA, India, and Canada have provided early feedback and are set to provide support on commercialisation of the device.

Early comments have been encouraging, with the devices proving quick and easy to use, and sorting out the good quality sperm.

“To be on hand when these prominent IVF clinics received and tested the Felix device was such as important and exciting time for everyone involved,” Ms Coutts says.

The company’s next step is to support clinicians in less regulated markets to be able to use the device commercially once verification and validation is complete, which is anticipated mid-2020. Simultaneously, the company is working on securing market approval from key regulators including Australia’s Therapeutic Goods Administration, the US Food and Drug Administration, and CE Mark in Europe.

The company plans to start clinical trials in the September quarter to support filings in these higher regulatory markets.

While approval is a multi-year and costly process, Memphasys is planning early sales in countries with lighter-touch regulation. These initial markets may include Japan, India, New Zealand, and Canada.

“Of course, we must do the right thing, the quality has to be there,” Ms Coutts says. “We need to pass all their quality checks internally and ensure the device passes verification and validation. We also need to appoint properly accredited importers/distributors, if necessary.”

Locally listed provider Monash IVF is testing Felix with the promise of 12 months exclusive use once the product is approved.

Also backed by WA horse breeder and major shareholder Bob Peters, Memphasys is in the early stages of adapting Felix for artificial insemination for production animals and horses.

“People pay vast amounts for these creatures and there is a huge failure rate in pregnancies,” she says.

A Felix adapted for animal use would need to cope with variables such as ejaculate load, which in the case of stallions is 10 times greater than that of your average bloke.

There are more opportunities in other species, which can provide their own surprising challenges. Prized in the Middle East, racing camels are a potentially lucrative market, but their semen has a unique feature: “it’s so glutinous you can hold it on a stick.”

Meanwhile, the Memphasys’ emphasis focuses on the human IVF market, which remains pregnant with opportunity: Allied Market Research forecasts the worth of the global IVF sector will grow from $US13.7 billion ($20 billion) currently, to $US26.4 billion by 2026.

“There are already eight million IVF babies in the world,” Professor Aitken says. “Sperm processing technology though, has remained unchanged since IVF was first introduced in the late 1970s and early 1980s.”

With its technology development largely complete and with commercialisation beckoning, Memphasys is well placed to end this period of stasis.