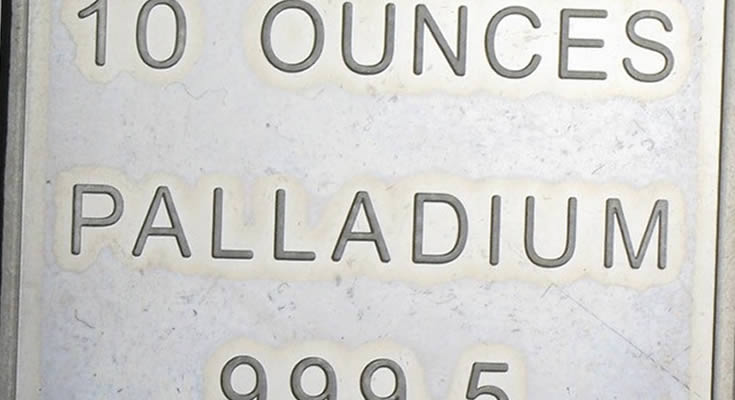 For all the continuing worries about the coronavirus crisis and its impact on global growth (especially in China) and Friday’s return of worries about the US economy, commodity prices proved to be pretty resilient for the third week in a row.

Despite a bout of weakness on Friday, gold, copper, oil and iron ore all rose solidly last week, with minor metals like palladium again having a record-setting week.

The sharp jump in gold prices to well over $US1,600 an ounce saw the yellow metal hit a new seven-year high, which was unexpected given the uncertainty about whether the virus was easing or spreading.

The tumble in US long term bond yields the 30 year bond especially to new all-time lows around 1.90% (well under the previous recorded low of 1.95%), told us the worries bout the health of the US economy remain front of mind for many investors, especially after the Flash activity survey for February for US manufacturing and services shocked with a dip under the 50% neutral level to the lowest reading for four years (49.4)

These fears persisted even if the Fed’s Beige Book and commentaries from various members told a story of confidence.

In Asia, global iron ore prices (the most important commodity price for Australia) jumped 4% to a five-month high of $US92.25 on Friday for 61%Fe ore delivered to northern China.

That was despite more reports of falling iron ore purchases by Chinese steel mills which have still to reveal any production cuts (although they are reportedly easing back on capacity use.

In New York Comex gold futures rallied on Friday and ended up with the biggest weekly gain in eight months, as weak US economic data and steadily sliding government bond yields offered fresh support for the metal for a seventh straight session.

That saw a weekly gain of 3.9%, which was the sharpest weekly rally for a most-active contract since the week ended June 21, according to FactSet.

Prices for palladium hit another record settlement, with March palladium futures up 1.2% at $US2,605.40 an ounce for Friday’s session, surging 12.5% for the week.

Marketwatch.com said that Goldman Sachs forecasts that gold prices could top $US1,850 an ounce in the near term if the outbreak of COVID-19, the infectious disease that reportedly originated in Wuhan, China, can’t be controlled by the second quarter.

“The analysts say the illness, which has claimed more than 2,200 lives and sickened 76,767 people, according to the World Health Organisation’s latest tally, has more room to run “depending on the magnitude of the monetary policy response,” Marketwatch reported.

Oil futures ended with losses on Friday, pressured by a reported rift in the crude-production alliance between Saudi Arabia and Russia, but still ended higher over the week.

Prices were partly supported by efforts by China to stimulate the economy, which eased some concerns over the virus outbreak’s impact on the economy.

But media reports on Friday of a possible split between the Saudis and Russia over further cuts to output tempered the mid-week optimism and down went prices on Friday.

Media reports claim Saudi Arabia, Kuwait, and the United Arab Emirates, which make up more than half OPEC’s daily production capacity were holding talks to discuss a possible joint output cut of up to 300,000 barrels a day. Russia is said to be uninterested in further cuts.

OPEC and its allies, led by Russia, collectively known as OPEC+, are scheduled to hold meetings next week (on March 5-6) in Vienna to discuss production and demand against a backdrop of worries surrounding COVID-19.

Baker Hughes on Friday reported that the number of active US oil rigs rose by one to 679 this week. That followed modest increases in each of the last two weeks.

The total active US rig count, meanwhile, also climbed by 1 to 791 (including gas).