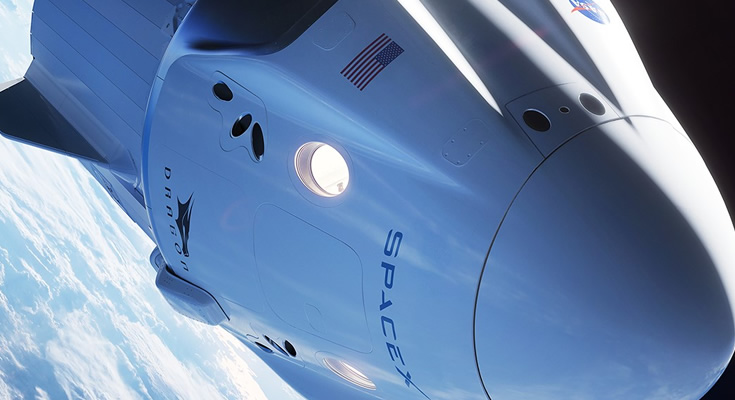 An analysis of 55,000 French manufacturing firms found that robots are taking manufacturing jobs, with a 20% increase in robot use across manufacturing associated with a 3.2% industry-wide decline in employment. Only 589 companies (1%) purchased robots, but these were large companies that accounted for 20% of jobs.

Cyborg grasshoppers have been engineered to sniff out explosives.

NVIDIA’s data centre revenue surged 43% in the 4th quarter, driven by increased investment in AI by the cloud giants. The growth rate was nearly twice what Wall Street analysts were expecting.

WIRED looks at the commodities that go into making electric vehicle batteries and the issues around their supply.

Then there’s the harsh economics: cobalt is also one of the most expensive metals in EV batteries, costing between $33,000 and $35,000 per tonne. And we simply may not have enough supply. Research from MIT suggests there’s not enough ability to mine and process the material to meet demand.

This topic was also tackled by New Scientist, which asks whether we can quit cobalt fast enough to make mass-market electric cars viable.

The mineral is used in the lithium-ion batteries that power electric cars, and demand is steadily rising. A new analysis by Elsa Olivetti at the Massachusetts Institute of Technology and her colleagues has found there may be cobalt shortages if we don’t start refining and recycling it more efficiently or in greater quantities.

Meanwhile, Tesla is apparently in late-stage talks with CATL to use their cobalt-free batteries in China-made cars. CATL is the largest battery manufacturer in the world.

Most of the world’s lithium is found in underground pools of briny water. At the moment, mining companies pump more water into the brine, pushing it above ground so it forms into ponds. They wait for the brine to evaporate, and then filter the lithium out of the remaining material. Lilac instead uses what it calls “ion exchange beads,” which the company says can separate the lithium from the other materials in the water. Once the lithium is removed, Lilac says it can reuse the water instead of waiting months for it to evaporate. The process collects 80% of the available lithium, compared to around 40% under current methods, and takes a matter of hours, as opposed to up to two years, Lilac says.

Real Graphene, a Los Angeles-based company, is working on graphene-enhanced battery cells with much faster charge times. Manufacturers are currently testing their battery cells, and the company plans to release a battery pack to consumers soon.

There will be two battery packs. The G-100 will have a 10,000mAh cell with three charging ports that will recharge in just 20 minutes using a separate 100W charging brick. It’ll cost around $90, plus another $15 for the 100W charger. A second G-100 Max power pack with a 20,000 cell inside will also be sold, and recharge in 40 minutes. Graphene batteries are clearly not just a thing of the future any more, and Gong predicts plenty more news will come this year:

“We’ll start seeing graphene batteries in actual big brand devices within a year. Not in every single device, but trickling down from the higher end at first.”

CNBC tells Tesla’s story to date in a 48-minute video.

In a world-first, MIT researchers have successfully used machine learning to identify a powerful new antibiotic compound that can kill 35 types of potentially deadly bacteria. They named the molecule halicin, after the fictional artificial intelligence system from 2001: A Space Odyssey, HAL.

“This groundbreaking work signifies a paradigm shift in antibiotic discovery and indeed in drug discovery more generally,” says Roy Kishony, a professor of biology and computer science at Technion (the Israel Institute of Technology), who was not involved in the study. “Beyond in silica screens, this approach will allow using deep learning at all stages of antibiotic development, from discovery to improved efficacy and toxicity through drug modifications and medicinal chemistry.”

Amazon has set up a virtual medical clinic for its employees called Amazon Care and made it available to its Seattle employees 24/7.

Amazon isn’t the only technology company to set up its own primary care clinics for its workers. Apple has its own clinics, called AC Wellness, which are intended to provide high-quality care to employees working out of its California headquarters.

Shopify announced on Friday that it would join the Libra Association, the cryptocurrency collective launched by Facebook.

Sweden has started testing the world’s first central bank digital currency, the e-krona. The digital currency will use distributed ledger technology inspired by the blockchains that run cryptocurrencies.

A ransomware attack led to an American natural-gas compression facility shutting down for two days.

Some people are concerned that the use of off-the-shelf components could make satellites vulnerable to hackers.

Twitter is experimenting with brightly coloured labels and a community-based points system to fight misinformation on the platform.

Quartz looks at why a Chinese virology lab is unable to quell the coronavirus conspiracy theories around it, despite evidence to the contrary.

Theories suggesting the new virus was purpose-built or the work of scientists have been emphatically rejected by scientists globally, including 27 prominent public health scientists from outside China who issued a statement on Wednesday published by medical journal The Lancet. “Scientists from multiple countries have published and analysed genomes of the causative agent…and they overwhelmingly conclude that this coronavirus originated in wildlife,” it said.

Lab-grown meat could be ready to eat as early as next year, with shrimp likely to be the first cultured meat to be commercially available.

Shiok is now close to doing something that has been talked about for decades but never realised: putting lab-grown meat onto people’s plates. Sriram says her company is on course to launch its cultured shrimp meat next year, an ambitious goal that would put Shiok at the forefront of a food revolution that could be a game changer for humanity. It is also the first step towards an alternative to an industry that has done terrible damage to the environment, poses an existential threat to human health and causes untold suffering to billions of animals every year.

This is one reason why Sriram is so confident in Shiok. “Shrimp is only muscle and not any other tissue,” she says. “We don’t have to worry about fat or connective tissue. Definitely, crustacean cells are easier than land-based animals.” Shiok doesn’t even have to grow whole shrimp, just recreate the minced shrimp that is a staple in Asian cooking. Last year, the firm demonstrated a prototype, and is prepping for an invitation-only tasting event at a meeting in Singapore in April.

Space Adventures plans to fly tourists to space by 2022 using SpaceX’s Crew Dragon spacecraft. The trips are expected to last five days, orbit twice as high as the international space station, and cost over $50 million per person.

SpaceX is looking to raise $250 million, which would value the company at $36 billion.

The Beijing-based company has launched a financial-services app; is testing a music-streaming service in India and Indonesia; and has acquired game developers in China, among other moves. As for TikTok, advertising executives have speculated that ByteDance could introduce a subscription service, with viewers paying for more access or additional content from preferred creators.

The term that keeps coming up is “game changer.”

China has started broadcasting school classes online so that students can keep learning while coronavirus shuts down normal life.

A startup called MindMed aims to provide the upside of psychedelic drugs for both focus and addiction treatment while cutting out the downside.

Shark Tank host Kevin O’Leary is sitting across from me in a restaurant talking about a recent investment. He was part of a $6 million round in MindMed, a company that’s taking psychedelic drugs and turning them into medicine. Its first drug has the potential to turn a person’s addictions—to cocaine, methamphetamine, morphine, sugar, alcohol—off like a light switch. It has a clear opportunity to help lower the nearly 70,000 annual drug overdose deaths that take place in the U.S. But the compound, 18-MC, has yet to undergo human efficacy trials, leaving open a big question: Will it even work?

HBR looks at what it takes for companies to drive innovation with experiments.

Booking.com isn’t the only firm to discover the power of online experiments. Digital giants such as Amazon, Facebook, Google, and Microsoft have found them to be a game changer when it comes to marketing and innovation. They’ve helped Microsoft’s Bing unit, for instance, make dozens of monthly improvements, which collectively have boosted revenue per search by 10% to 25% a year. (See “The Surprising Power of Online Experiments,” HBR, September–October 2017.) Firms without digital roots—including FedEx, State Farm, and H&M—have also embraced online testing, using it to identify the best digital touchpoints, design choices, discounts, and product recommendations.

Fast Company takes a look at CTRL-Labs, the neural interface startup that was recently taken over by Facebook, in this 5-minute video.