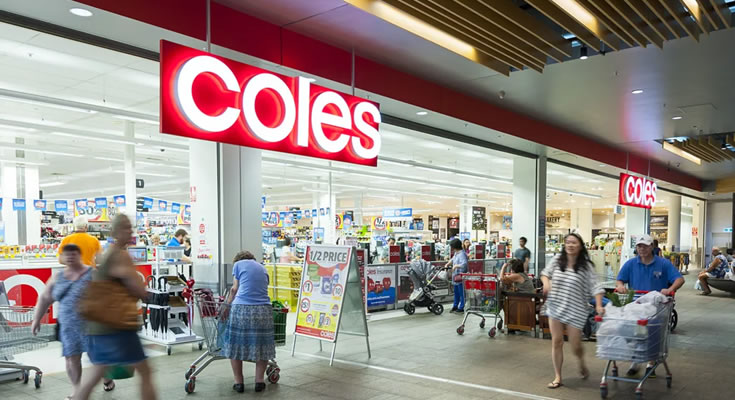 As Coles Group forecast earlier this month, the country’s second supermarket chain turned in a solid result for the first half of 2019-20.

The company’s earnings before interest and tax was $725 million for the half, up 0.4% on the prior corresponding half and at the upper end of the $710 million to $730 million guidance in the updated guidance released in early February.

Net profit after tax, when adjusted to reflect the sale of the company’s hotels business last year and the company’s former Wesfarmers ownership, was $498 million, up 1.7% and again well ahead of market forecasts.

Group earnings for the six months to January 5 include that $20 million underpayments provision (see separate story) after a review found about 1% of the firm’s salaried workforce – more than 1100 people – had been paid below the General Retail Industry Award.

The review has revealed about 5.0% of salaried managers at the company’s supermarkets and liquor division have been affected, with the expected hit including $15 million payments and $5 million in interest and costs from the past six years.

Coles started a review of its staff payments after it was revealed in October last year that rival Woolworths underpaid its employees by as much as $300 million over almost a decade.

Total second-half comparative sales growth came in at 2.0% up from the very weak 0.1% growth in first-quarter when its Little Shop sequel failed to replicate the success of the first outing a year ago.

The company’s liquor division remains under pressure, however, as a result of range reviews and discounting, as Coles pointed out earlier this month.

CEO, Steve Cain said comparable supermarket sales in the new year had been broadly in line with the second quarter and he expected the second half would be free of costs associated with the removal of plastic bags and increased flybys promotions a year ago.

Coles will pay an interim dividend of 30 cents a share, fully franked. The level of payout is not really comparable as the December 2018 half-year was the last period when the company was partially owned by Wesfarmers.

Mr. Cain said the summer bushfires had affected liquor volumes and a review of operations and an update would be provided at the full-year results announcement.