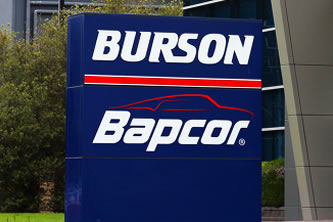 Auto parts and accessories seller Bapcor saw its shares jump more than 6% yesterday after it fought off a weak trading environment to post a solid rise in profit.

The company said that despite the “softer underlying economic conditions”, net profit after tax was up 5.1% to $45.3 million.

The $2 billion company, which has brands including Autobarn, Midas, and ABS under its banner, also saw strong sales growth, with revenue up 10.4% to $702.5 million for the half.

It’s no wonder investors loved the result (a rarity in consumer-facing sectors at the moment) with high revenues, profits, and dividends) and sent the shares up 6.1% to $7.11. They were up more than 7% at one stage.

Comparable sales for Bapcor’s Burson trade division increased 5% for the half but stayed flat at Autobarn due to slower sales at its 68 franchised stores.

Margins on the company’s earnings before interest, tax, depreciation, and amortisation eased 0.6% however, marking the first-ever margin decline for the company since listing.

The company did not provide a detailed outlook for the full year (which the market ignored for the moment) but noted same-store sales had continued in January and overall performance was in line with expectations.