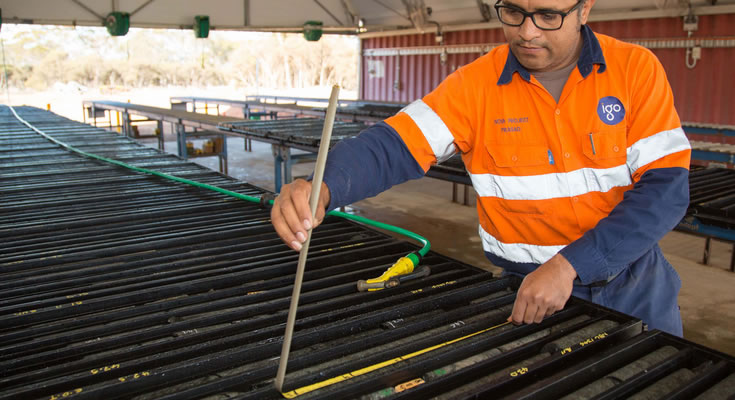 IGO Ltd ((IGO)), formerly Independence Group, is supported by a low-cost position, gold & nickel exposure and exploration potential, although brokers disagree about the extent this is priced into the stock.

The company had previously reported firm production numbers for the December quarter and first half financial results were also strong. Nevertheless, a weaker second half has been flagged because of Tropicana (gold), in which IGO has a 30% stake, with guidance now “below the mid point”, and higher costs are expected as the mine transitions to stockpiled ore.

The production run rate in the first half had indicated the company could be on track to beat guidance but guidance was, instead, maintained. Macquarie is disappointed with this outcome, given the strong first half performance.

First half operating earnings (EBITDA) of $270.7m and net profit of $120.4m were both below Ord Minnett’s estimates, because of lower revenue following quarterly production adjustments and higher exploration charges.

Cash was also weaker than the broker expected, after payments for investments in Legend Mining ((LEG)) and Panoramic Resources ((PAN)). Ord Minnett concludes that walking away from the Panoramic Resources deal, which IGO did late last year, was the right move, as that company has downgraded production guidance again.

Macquarie judges cash flow in the first half reflected a combination of favourable working capital movements and lower capital expenditure, and this lifted cash in hand more than expected.

Hence the 6c dividend was a disappointment as IGO appears to prefer holding cash for acquisition opportunities. Morgan Stanley, on the other hand, described the interim dividend as healthy and above expectations and forecasts an 8c final dividend.

Nevertheless, the broker acknowledges growth options are absent and maintains an Equal-Weight rating. Credit Suisse, too, found little in the results to suggest any positive progress from exploration will be forthcoming in the second half.

Nova was reliable in the first half, although continuing expenditure on exploration is not yet being rewarded. Without replenishment, Credit Suisse believes the market is increasingly likely to focus on reserve depletion and the risk of aggressive corporate activity.

UBS agrees that, outside of higher nickel prices, the discovery of another nickel ore body near Nova is needed for material upside to the share price. IGO has negotiated new offtake terms for Nova concentrate. While exact terms of not been disclosed UBS estimates payability has lifted to 78-79% from 72%.

The company has announced that its hybrid solar-diesel facility has now been completed and is set to reduce emissions by 6500t of carbon dioxide per year.

Macquarie points out downside potential in nickel is offset by the upside provided by spot gold. Incorporating the second quarter production and first half financial results, while lowering grades at Tropicana for the second half, results in the broker reducing FY20 estimates for earnings by -9%.

First production from Boston Shaker underground is to begin in the September quarter. UBS, which downgrades gold production forecasts by -10% for FY20, notes this high-grade ore is important as it should enable production to move back towards 500,000 ounces per annum.

Credit Suisse is more cautious and suggests the end to grade streaming, which allowed preferential treatment of high-grade ore, appears to have caught the market unawares and may lead to more production and earnings downgrades.

Canaccord Genuity, not one of the seven stockbrokers monitored daily on the FNArena database, retains a Buy rating with a $6.70 target and a positive view on the stock, underpinned by an outlook for increasing metal prices in the medium term.

FNArena’s database has one Buy rating (Macquarie), three Hold and two Sell. The consensus target is $6.03, suggesting -1.1% downside to the last share price. Targets range from $4.65 (Credit Suisse) to $7.10 (Macquarie).