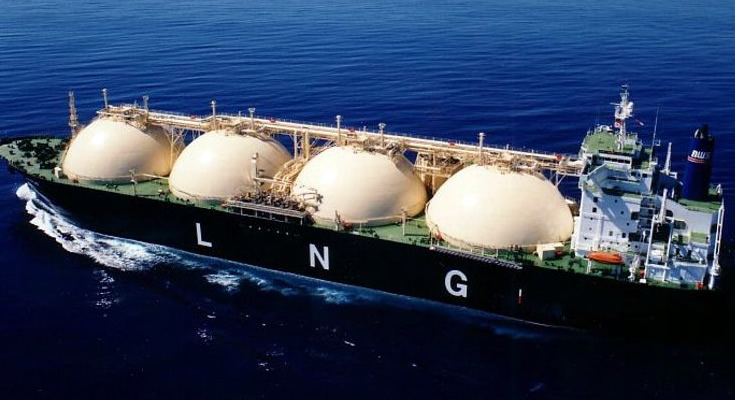 The earlier timing (January 25) of the Lunar New Year week-long break has had a dramatic impact on Chinese imports volumes (which will be repaid with a sharp slide in volumes for January next month) – imports of iron ore, LNG, copper, coal, and soybeans all rose sharply in December, while oil shipments were just under the highs seen in November.

Coal imports plunged in December as the government held up import approvals to keep the year’s total under the 300 million tonne mark. For that reason imports in January will probably hit record levels.

For the year China imported 1.069 billion tonnes of iron ore, up from 1.064 billion tonnes a year earlier, data from the General Administration of Customs showed on Tuesday. The record remains 2017’s 1.075 billion tonnes.

China’s unwrought copper imports rose 9.1% in December from the previous month to their highest since March 2016.

Chinese customs said imports of unwrought copper, including anode, refined and semi-finished copper products into China, totalled 527,000 tonnes in December, compared with 483,000 tonnes in November, (itself a 13-month high).

The December figure up 22.8% from December last year when shipments were not boosted by the timing of the new year break which fell in February in 2019.

Full-year unwrought copper imports for 2019 fell 6% to 4.98 million tonnes, from a record high of 5.3 million tonnes in 2018. The fall was due to the fall in first-half imports.

China’s crude oil import surged 9.5% in 2019 from a year earlier, setting a record for a 17th straight year, thanks to higher demand growth from new refineries built last year.

Last year, China imported a record 506 million tonnes of crude oil, 9.5% higher than 2018’s level, according to data from China’s General Administration of Customs. That was equivalent to 10.12 million barrels per day (bpd), according to Reuters.

Natural gas imports, including fuel supplied as LNG and via pipeline, totalled 9.45 million tonnes in December, the third-highest on record on a monthly basis.

In fact, Reuters reported that LNG imports into China rose to a record last month with the country overtaking Japan the world’s top importer of the fuel for the second month in a row.

That was less than 10% of the average monthly and resulted from of cargoes not being cleared by customs in December in a bid to hold down 2019 imports to levels around those in 2018 (ie around 300 million tonnes).

China’s soybean imports in December jumped 67% year on year and 15% from November to 9.54 million tonnes.

2019 saw soybean imports by China total 88.5 million tonnes, up 0.5% year on year, the report showed. The country is the world’s largest buyer of soybeans and processes over 80% of its imported beans into high protein animal feed.

The now easing outbreak of African swine fever cut pig herd numbers which in turn led to a sharp fall in demand for soybean-based animal feed.