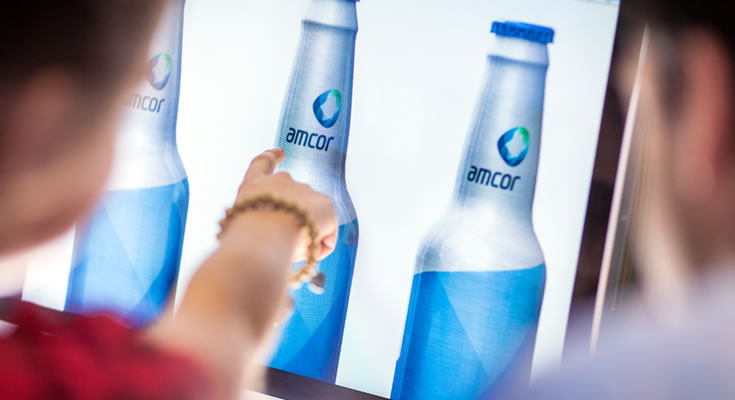 Amcor (ASX:AMC) is a company that has the potential for its shares to not only head higher from here, but increase its dividend along the way.

We consider that there are a number of factors likely to underpin a re-rating in AMC. These include:

i) The confirmation of FY20 guidance,
ii) The prospect of margin expansion in the Flexibles division,
iii) An expectation that the gearing level will continue to fall, and
iv) The integration of the Bemis acquisition tracking according to plan.

The Flexibles division is the main earnings contributor. It has a global presence and is one of the world’s largest developers and suppliers of flexible packaging and specialty folding cartons. These are used for food, beverage, pharmaceutical, medical, home- and personal-care, and other products. The Rigid Packaging division develops and produces rigid containers and closures for food, beverage, spirits, home- and personal-care, and healthcare products.

Why Confirmation of Guidance is a Positive

i. The Company was facing cost pressures from rising raw material (input) costs. There was a risk that FY20 guidance could be revised downwards as a result. However, a stabilisation in raw material prices contributed to margin expansion in the Flexibles division. This is despite a decline in revenue.

ii. There has been a challenging macro backdrop. Reporting season for both US peers and Fast-Moving Consumer Goods (FMCG) companies in the US has been mixed.

iii. The Company indicated that the currency impact (in particular from a weakening Euro (€) vs the US$) would unlikely be material to its guidance. This is despite the US$/€ spot rates remaining higher than the US$/€ exchange rate for FY19 of 0.8767. FY20 guidance was based on constant currency at average FY19 currency rates.

A pleasing (and surprising) aspect of the recent quarterly results release was the 8.5% increase in EBIT despite the flattish net sales performance. The increase in EBIT was driven by improved cost control and drove an expansion in EBIT margin from 10.9% in 1Q19 to 12.0% in 1Q20. Although early days, this margin expansion is a positive signal. This is because EBIT margin, which has remained flat over the last two years, appeared constrained by the fact that the quantum of raw material cost recovery in FY19 was not enough to warrant any additional benefit to earnings.

In regards to raw material cost recovery (which was stronger than expected in 2H19), stabilising/falling raw material prices in 1Q20 (in particular resin, titanium dioxide and aluminium) have resulted in raw material recovery continuing in 1Q20.

At the FY19 release, management’s expectation was that despite benchmark resin prices moving lower from the end of FY19 to mid-August, there would not be any significant benefit to earnings to flow through in FY20. As such, continued declines raw material prices in FY20 to date (in particular resin), if maintained, coupled with improved cost control (as evidenced in 1H20) now position the Flexible division to achieve EBIT margin expansion over the course of FY20 and FY21.

The Company completed the acquisition of Bemis in June 2019. The cost synergies expected from the acquisition are a key contributor to AMC’s medium-terms earnings growth profile. Importantly, AMC recently re-affirmed expectation for cost synergies of US$65m in FY20. It remains on track for to achieve US$180m by the end of FY22. With the integration progressing in line with expectations, we consider that there is still potential for AMC to generate cost synergies in FY20 in excess of the guided US$65m. This is given that AMC has a strong track record of meeting or exceeding synergy targets.

Gearing (on a net debt to EBITDA basis) was 2.7x as at 30 June 2019 and at the upper end of the Company’s target range of 2.25x-2.75x. Pleasingly, gearing levels have since come down, mainly as a result of asset sales and a slight reduction in net debt.

AMC’s business model is typically cash-generative. This factor, coupled with a reducing gearing profile, offers potential for further capital returns. To this end, the Company is currently around 1/3rd of the way into the US$500m share buyback program that was announced at the FY19 results release.

Following a recent decline in the share price (due to general market weakness) the shares are trading on a 1-year forward P/E multiple of under 16x. This is slightly below the average over the last five years. Accordingly, we consider that AMC, at current levels, is worth considering from a fundamental viewpoint. It is also worth noting that the shares are also likely to be supported by an increasing dividend growth profile in FY21/22, which is largely underpinned by merger synergies.

Amcor has traded well since breaking the downtrend in early November. Although the shares have come back in the last couple of weeks, it still making “higher highs” and “higher lows”. This means that the uptrend from the last couple of months is still in place. Current levels look like a buying opportunity but AMC needs to stay above the December low. We still expect it to go higher from here and at least retest the old high in the mid $16’s before we will have to reassess the chart.