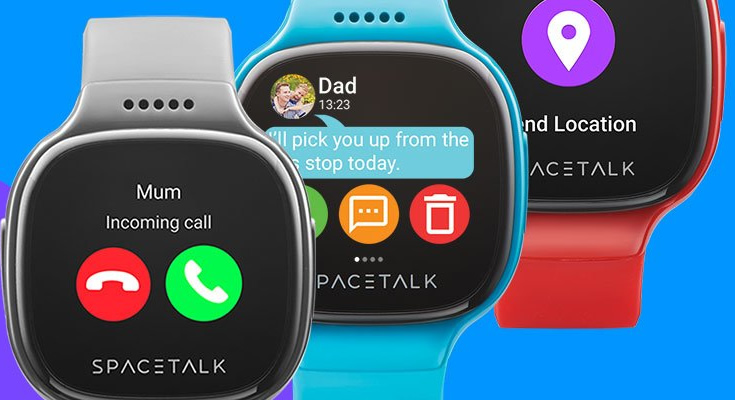 It’s that time of the year again where predictions are made for 2020 and before embarking on those, I always think it is worth reviewing last year’s key ideas. After all, it’s a good idea to know someone’s track record so you know whether they are worth listening too. I will also take the time to point out that a 100% wrong track record can be just as useful as a 100% correct one – at least you know what not to do.

Ten year bond yields fell from 2.4% down to just 80 basis points (representing one of the biggest rallies in bond futures in recent times) and the Australian dollar fell from USD0.71 to USD 0.6672.

This leads to my picks of 2020 which I will spread over the coming weeks but first off let me begin with MGM Wireless (MWR) – which is poised for a breakout year in earnings.

2019 was a solid growth year for the Company with it successfully expanding into the UK, firstly via its own online store, then moving on to signing a deal with the largest media and telco company in Europe – Sky (owned by Comcast) that enjoys 13.6 billion pounds in revenue from 24 million customers.

Sky then requested exclusivity for its telecom division (Sky Telecom) and in return agreeing to spend 1 million pounds in advertising within the first year. Sales targets were introduced to keep that exclusivity for 2020 which reflects a strong commitment and belief in the product. And any which way you slice it, Sky know what products work and don’t given their long history of innovation in new emerging global categories targeting children with products, content and services.

2019 also saw new distribution deals signed with the Good Guys and Officeworks adding to the 2018 deal with JB Hi-Fi in Australia, while across in New Zealand distribution increased to 189 stores that includes Harvey Norman, JB Hi-Fi and Noel Leeming.

The Company also introduced James Spenceley (founder of billion dollar telco Vocus Communications) as a shareholder after he famously used SPACETALK with his children and then ‘had to invest’ – as quoted in the Australian Financial Review. Mr Spenceley participated in the capital raising in September that raised $5.5 million from the who’s who of mid-cap institutional investors leaving the Company well-funded for 2020.

Finally, this month Telstra’s Belong will market SPACETALK with a co-branded SIM and the first of the UK retail expansion kicked off with Dixons Carphone plc selling online via its Currys PC World brand (UK’s largest electrical retailer). The “land and expand” approach begins with online distribution and then onwards to its 500 stores, with the broader parent Dixons having a total of 1100 stores. A bit like how 2018/2019 worked with JB Hi Fi – first online then to all JB Hi Fi 193 Australian stores and finally including to the Good Guys (owned by JB Hi Fi).

So what has all of this translated to in terms of revenue, sales and valuation?

As the chart below shows sales growth has been accelerating and the next period (Dec-2019 end) should see total sales since inception hitting 45K. On my numbers this equates to $2.75 million just in SPACETALK hardware sales in just 4 ½ months and with sales likely to exceed 70,000 (an increase of 380+% growth) for the financial year, will translate to hardware sales revenue of over $15 million for the year. Canaccord is forecasting nearly $20 million in hardware sales revenue. 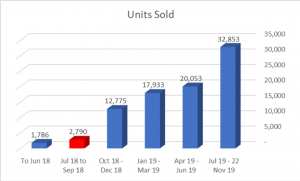 The recurring revenues received via the AllMyTribe tracking app is a unique feature for a hardware sales business but MWR has successfully achieved an excellent reliable income source. As of November the annual run rate of recurring revenue was $1 million and I expect it to reach $1.2 million in December – a month on month increase of 20%. Given the likely hardware sales of >70,000 this financial year, the recurring annual revenue run rate in June 2020 should be in the order of $2.7 – $3.0 million.

The Company’s school communication business has been in existence since 2002 and is a stable profitable business. After all, this business funded the R&D and launch of SPACETALK without the need for any outside investment (no capital raisings). This business generates consistent yearly revenue of approximately $2.2 million.

Given the three key revenue streams, total revenue for FY2019 was $7.1 million which is expected to jump to near $20 million for FY2020 translating to an EBITDA of approximately $4 million and a net profit of just over $2 million. I don’t know of many $40 million market cap companies on revenue of $20 million, growth of 300% that make a profit – either at the EBITDA or net profit level.

The exercise of comparison to other ASX listed companies makes for some interesting revelations on how cheap MWR is in my view.

Nuheara (NUH) has a similar market cap to MWR – but has had its IQ buds in existence for three years now and far more distribution channels across the globe (including the USA where MWR is yet to expend to). NUH has only sold 40,000 units in that time despite all those distribution channels. Moreover, actual sales revenue in 2019 was $2.3 million (with the remainder of the $4.48 million in total revenue coming from grants and rebates) resulting in a net loss of $10 million, an increase on the $7.4 million lost in the previous year. MWR should be worth at least 50% than Nuheara. Imagine what the sales numbers would look like for SPACETALK when it reaches the same distribution network – like Best Buy in the USA. Don’t forget to add in the recurring revenue for MWR and the stable schools communication business.

Add to this $30 million value, $10 million for the communication business (as this was the market cap of MWR before SPACETALK was launched), we reach the current market cap of $40 million already – before adding any worth to the physical hardware or accessory sales. NUH trades at 17x its prior year’s sales (although making a $10 million loss) so using the same multiple on MWR’s FY2019 SPACETALK sales of $4.64 million generates the equivalent value of $80 million, giving a total worth to all revenue streams of $120 million.

OK, so these multiples on each specific revenue stream is somewhat excessive – but even discounting this by 50% gives a market cap of $60 million assuming no growth – 50% above the current market cap. Even using multiples of 3x forward revenue of $20 million also gives a value of $60 million. Alternatively, using a forward p/e multiple of 30x FY2020F net profit of $2 million also generates a value of $60 million. Slicing it different ways it’s a business worth substantially more than it is today.

The challenge of predicting a great investment return for any calendar year is that the start point is static and assumes an entry point January 1 – no exceptions. Last year MWR had just enjoyed a 500% increase and needed 12 months to consolidate those gains. So many stocks that have had strong underlying growth have experienced periods of consolidation before taking off again. Stocks like the aforementioned Dubber spent all of 2018 treading water between 30c and 50c before hitting its growth trajectory and the share price surged accordingly. 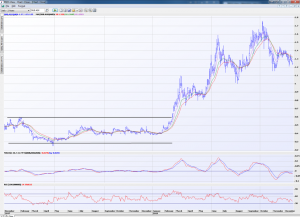 However, this year MWR starts 2020 after its own 12-month consolidation and also at the bottom-end of its range (shown below). The timing is much better for a 2002 prediction than 2019. With such a strong outlook for sales revenue and profit in 2020, this 30c price represents great value for what has the ingredients for a substantial year. The children’s smartwatch category is the fastest growing part of the wearables market and is forecasted to be up to 30% of the industry. That’s a multi-billion market and SPACETALK is the global leader and why I continue to hold MWR shares.

Over the next few weeks I will highlight my other two main picks for 2020 so stay tuned. 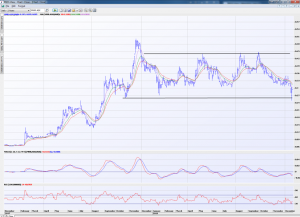