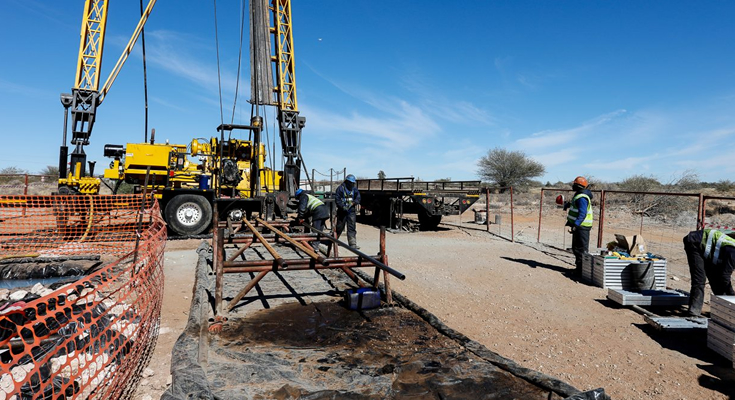 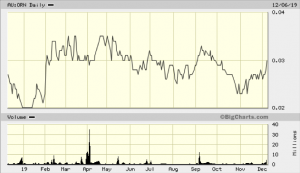 Positive results from ongoing value engineering and optimisation studies are now being incorporated into the Prieska BFS financial analysis, which is scheduled for release in Q1 2020.

Since our coverage initiation of ORN four years ago, we’ve witnessed the company’s steady progression, transitioning to emerging producer via the acquisition and subsequent advancement of its Areachap metal projects in South Africa’s Northern Cape. The company’s flagship Prieska Zinc-Copper Deposit was mined for 20 years from 1971 and much of the previous infrastructure is still available and useable. Prieska is a classic VMS deposit and it is the nature of these deposits that they occur in clusters. Deposit models based on similar geological setting to Prieska support ORN’s view that other large deposits are highly possible within the regional environs of Prieska, and this is supported by regional exploration results. The entry of Independence Group (ASX: IGO) onto ORN’s register during 2018 is also a testament to Areachap’s prospectivity, with a specific interest in the region’s untapped nickel exploration potential.

ORN has released positive results from ongoing value engineering and optimisation studies with respect to its Prieska Copper-Zinc Project in South Africa.

Importantly, this work is currently being incorporated into an optimised Bankable Feasibility Study (BFS), which will expand upon and improve the strong BFS financial case that was initially released during June 2019 (refer to our previous coverage in June 2019).

o Water treatment trials investigating supplementary means of dealing with the water to be pumped from the underground workings, so that the dewatering timeline and costs can be reduced.
o Value engineering of the ore processing plant designs and layouts to reduce both capital and operating costs.
o Mine-to-market enterprise optimisation of the Foundation Phase mining plan in order to optimise the mine plan, scheduling and operating parameters, in order to realise maximum financial returns.

ORN is focused on enhancing the economics of what has already been demonstrated to be a financially robust project at Prieska, with the aim of further improving operating margins, lowering initial start-up capex, reducing financing requirements, and being able to generate stronger profits throughout the cycle.

As a reminder, ORN released a positive BFS during June 2019, based on a 2.4Mtpa underground and open-pit mining operation. This incorporated a 10-year “Foundation Phase” that would mine a total of 20.8Mt, which would deliver payable metal production comprising 189,000t of copper and 580,000t of zinc in differentiated concentrates. This in turn would generate strong economics – including undiscounted free cash-flows of A$1.1 billion pre-tax, a project NPV8% of A$574M and peak a funding requirement of A$378M.

Since the release of the BFS during June, value engineering and optimisation work has continued and the work is now nearing completion. The results of these studies are being incorporated into the project development plans, with the potential to reduce pre-production capital, significantly extend the planned mine life and further improve project economics.

The optimised and updated BFS is now due for completion during Q1 2020, with the expectation of reduced pre-production capital and thus financing requirement. We look forward to the release of the updated BFS with great interest in the New Year.

ORN is also progressing negotiations with various parties to secure Prieska funding requirements. Along these lines, written expressions of interest have been received from seven banks to provide senior secured project debt financing. In addition, several proposals for provision of mezzanine debt and equity investment at asset level have also been received, from parties interested in securing future product off-take.

Several expressions of interest have also been received from potential strategic investors, who are interested in partnering via significant equity participation in ORN’s mine operating subsidiary companies. These discussions will be progressed in parallel with the project finance negotiations.

We have long believed Prieska represents a highly valuable strategic asset with the potential to become a significant source of high-quality copper and zinc concentrates, which are highly sought-after in global markets. The BFS has confirmed Prieska’s potential to underpin a significant low-cost, copper and zinc development project, with exceptional opportunities for future growth. Based on BFS assumptions, the project will provide excellent financial returns for a relatively modest capital investment, given the scale of operations envisaged. The proposed production hub is situated within a highly-endowed but under-explored volcanic massive sulphide (VMS) district, with significant long-term exploration potential.

In the meantime, ongoing studies are being incorporated into an enhanced BFS that is set for release in early 2020, which should provide even more confidence and further boost funding prospects.