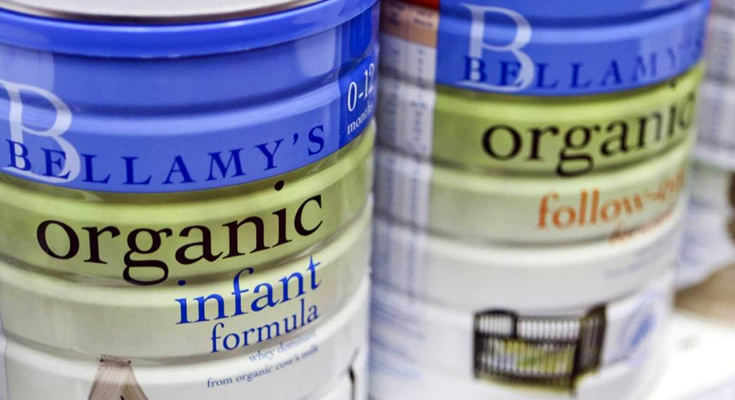 Shareholders in the infant formula group, Bellamy’s have overwhelmingly thrown their lot in with a Chinese dairy giant and accepted a $1.5 billion offer.

The greenlight for the takeover by the China Mengniu Dairy Company came on Thursday at a meeting in Melbourne of Bellamy’s shareholders to approve the scheme of arrangement deal.

The proposal won the support of 99.23% of shareholder votes – representing 82.88% of Bellamy’s investors – with the company now set to apply to the Supreme Court of NSW for court orders approving the deal next week.

If the takeover clears that hurdle, the scheme is expected to be implemented on December 23.

Bellamy’s shares will be transferred to Mengniu’s subsidiary for $13.25 cash a share, inclusive of a fully franked special dividend of 60 cents.

He did, however, impose conditions on the deal, including that the majority of Bellamy’s board of directors will have to be Australian citizens and living in the country.

The Treasurer also requires the Chinese buyer to invest at least $12 million in infant milk formula processing facilities in Victoria.

Bellamy’s board had unanimously recommended shareholders vote in favour of the scheme.