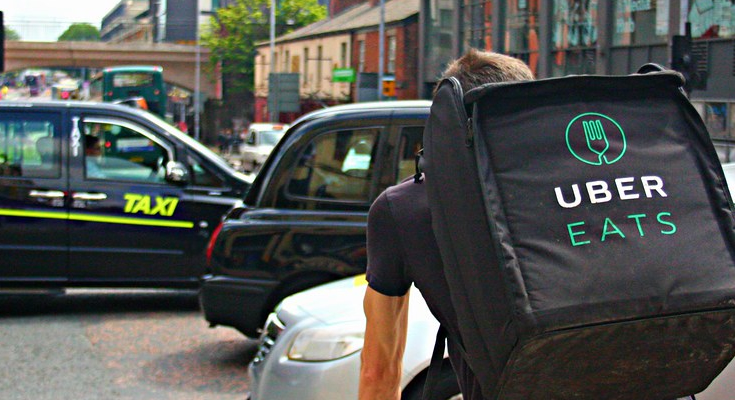 In 2004, Dynamex Operations West, a California-based courier company, suddenly reclassified its permanent full-time employees as independent contractors, depriving them of entitlements such as minimum wages, overtime and paid sick days. The reclassified drivers had to use their own vehicles and pay for all expenses to earn a contracted delivery fee that amounted to a wage cut.

Two drivers fought back. A putative class action began in 2005 that last year prompted California’s supreme court to make it harder to classify workers as independent contractors. To categorise staff as such, a company must show a person is “free from (its) control”, works “outside” its core operations and has an “independently established trade, occupation or business”. In September, the Democrat-controlled government of California wrote these tests into law under Assembly Bill 5.

AB5, as it is known, which exempts many types of independent contractors, is of significance because a dispute within a traditional business is serving as a means to attack the employment model of the ‘gig economy’ companies that didn’t exist when the Dynamex dispute began. These are the online labour marketplaces that match people to short-term jobs, or ‘gigs’ that employ up to 7% of workforces in the US and Australia.

To admirers, the giganomics labour model lets people operate remotely, set flexible hours, work for multiple employers and promote their services via ratings. Many gig workers are no doubt happy with their earnings and conditions and the broader opportunities they have to find work. But to critics, the gig model weakens worker rights and conditions and undercuts wages, thus further tilts the labour market in capital’s favour. Another criticism is that the gig labour model allows platforms to skirt regulatory controls when they move beyond the tech industry – think how app-based companies have upset transportation by bypassing regulations.

For all its happy customers and no doubt many willing and well-paid workers, giganomics is vulnerable politically because it comes with five social costs. The first is that giganomics can harm established competitors in non-tech industries that are bound by regulations that gig companies can ignore. The second is the gig economy can hurt government finances through lost taxes and higher welfare payments. Third, the spread of gigging is blamed for reducing worker income and making it more insecure. Stemming from that are the fourth and fifth costs; lower and less-stable income weakens the consumption that drives economies and deepens the inequality centred on stagnant wages and record profits that is roiling politics across the developed world.

These drawbacks are prompting a regulatory and worker-based backlash against the gig economy that might only be getting started. More US states are preparing laws similar to AB5 and California and other states are looking at ways to help independent contractors unionise and bargain collectively. The result could be some solution whereby gig workers are afforded better pay and some protections while keeping their flexibility. At the same time, the scrutiny of the gig economy could broaden into a push back against contracting and outsourcing more generally to ensure the rising number of workers who lack permanent full-time employment status enjoy a fairer and more secure share of today’s riches.

To be sure, the gig labour market is here to stay. Efforts to tame the model could flounder. The push against gigging in the US is largely restricted to states where the Democrats are in power. Car-booking companies could succeed in overturning California’s law because it could boost their labour bills by 30%. A jump in jobless rates would impede efforts to help workers. No sure-fire proof exists that gigging has suppressed wages share in output, or even that app-based companies have increased the percentage of independent contractors in the US workforce.

But the zeitgeist focused on inequality says otherwise. Giganomics is disruptive enough to promote a counterattack, especially when many allege that gigging tilts the labour market further against workers at a time when profits are at record levels.