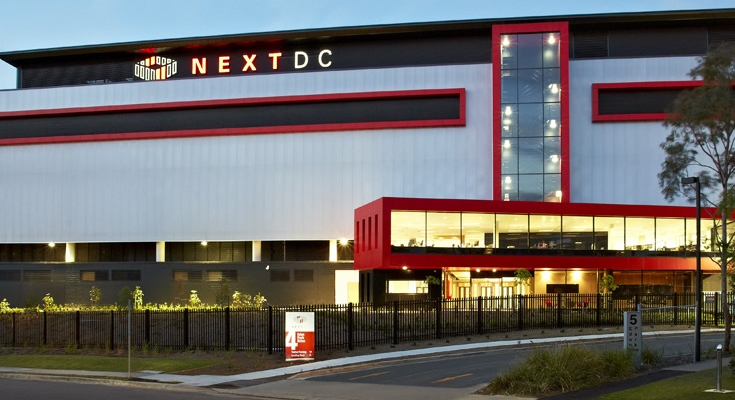 While demand for shared cloud-based data storage shows no signs of abating in a hurry, local data centre oversupply is looming as a short term issue.

According to NextDC (NXT, $6.39) chief Craig Scroggie, in the next 18 months the world will create more data than that ever produced since mankind emerged from the primordial slime.

“This information explosion is forecast to accelerate exponentially as a result of further advances in cloud computing, the internet of things, 5G and artificial intelligence to name a few,” he told the company’s recent AGM.

Hani Iskander, a partner with the tech investment firm Cube Capital puts it another way: “we live in a world where nothing is deleted … I think there will never be too many data centres on planet Earth.”

Given the local cloud storage sector currently turns over more than $5 billion annually, the prospects should be rosy for the biggest home-grown shared data centre operator.

Yet NextDC is the eight-most ‘shorted’ stock on the ASX, with 12 percent of the register punting on the shares going down rather than up (compared with 5 percent a year ago).

In short – excuse the pun – these investors are worried about emerging competition and aren’t giving credence to the operator’s high-voltage expansion plans and the remorseless demand for ‘cloud’ data storage.

In the local market Equinix (the world’s biggest data centre operator), Digital Realty, Global Switch and Airtrunk all vie for a slice of the cyber action.

NextDC operates centres in Brisbane, Melbourne, Sydney, Perth and Canberra, with new facilities planned or being built in all but the latter. The centres are ‘vendor neutral’, which means that like shared offices any enterprise can rent space to house their servers.

The clients’ computers are housed – battery hen like – in endless rows of temperature-controlled cages.

NextDC is an intriguing listed beast, combining the characteristics of a real estate play with a tech stock or an infrastructure stock.

Having previously rented its facilities, in October last year NextDC acquired the freehold for its initial Sydney, Melbourne and Perth buildings – self-explanatorily dubbed S1, M1 and P1 – for $163 million. This was done by acquiring the landlord, the listed Asia Pacific Data Centres from 360 Capital Group after a prolonged and unpleasant spat.

Data centre capacity is stated in megawatt terms rather than square metres because they use electricity at a rate that would put an alumina smelter to shame.

NextDC currently has 58 megawatts of capacity – 90 per cent utilised – and is increasing this to 146MW by rolling out the new centres at a capital cost of $430-470m. The company also has a development pipeline of 300MW –equivalent to the output of a small power station.

Despite the rosy outlook for data storage, heightened competition is expected to bite. Most notably, the Singaporean group Airtrunk is building an 110MW ‘hyper scale’ centre in North Sydney, which will be open for business next year.

In the year to June 2019 NextDC recorded revenue of $179m, up 15 percent with underlying earnings (EBITDA) of $85m, up 13 percent. The company also posted a statutory loss of $9.8m, “reflecting higher depreciation and interest costs after a record year of investment.”

Even though NextDC shares have retracted around 20 percent since peaking at $8 in June last year, the company is still valued at $2.25 billion.

As a guide to valuations, the last two local data centre transactions were done on fancy multiples: late last year Equinix acquired the local assets of the Canadian-owned Metronode for $1.3bn, a multiple of around 32 times earnings.

Early this year Brookfield bought DCI Data Centres from Blackrock on a multiple of around 20 times.

As with Afterpay – another high multiple wonder stock – NextDC is at an inflexion point as the market decides whether it’s all blue sky from here, or whether management has its head in the clouds and the ‘shorters’ are right.

But 5G offers what the others don’t: a seamless connection with the fibre optic cable networks and cloud services that it also installs.

With 150 “racks” the Pyrmont centre takes 5G’s capacity to 600 racks, having acquired a Melbourne data centre in April.

The Pyrmont centre is operating at only 30 per cent capacity. But that’s enough to pay the costs, with every new customer beyond that representing incremental margin.

Demase says while plenty of parties are building data centres, there’s no hint of overcapacity because demand is growing even faster.

“We really can’t keep up with demand,” he says. “People are writing more applications, and recording more video content. 5G [the new mobile network] will only consume more.”

5G reported underlying earnings of $3.2m for the full year before acquisition costs, on an eightfold revenue increase to $51m. Depreciation and interest charges resulted in a $4.1m reported loss.

Data centres account for less than 10 percent of 5G’s revenue, but we get the impression the business won’t be a bit player forever.

Despite its reputation for high margins, the data centre game is not as simple as building an edifice with an access to a decent power source.

After listing in April last year, Data Exchange Network (as it was then known) aspired to be the ‘next NextDC’ with plans to build facilities in Sydney, Melbourne and Perth.

But unlike NextDC or Equinix it has no plans to own the underlying property, opening the way for nimbler modular facilities.

After a bright start to its listed life, the company endured setbacks including cost blowouts and delayed planning approvals that stalled the opening of its Sydney centre at Olympic Park.

It then raised $8.3m in a rights issue in March this year at 5c/sh, followed up by a $5m underwritten entitlement issue in October at 5.5c/sh – all a far cry from the 20c/sh listing price.

In February CEO Peter Christie stepped down citing personal reason and in August was replaced by Matthew Madden.

With a mere $23m market cap, DXN isn’t exactly priced as the “next NextDC”.

Don’t write ‘em off: when NextDC listed in 2010 with a single leased building, the company was valued at $20m.

The company is in the process of expanding its key facility in Sydney’s Macquarie Park from 10MW to 43MW, at a cost of $75-80m.