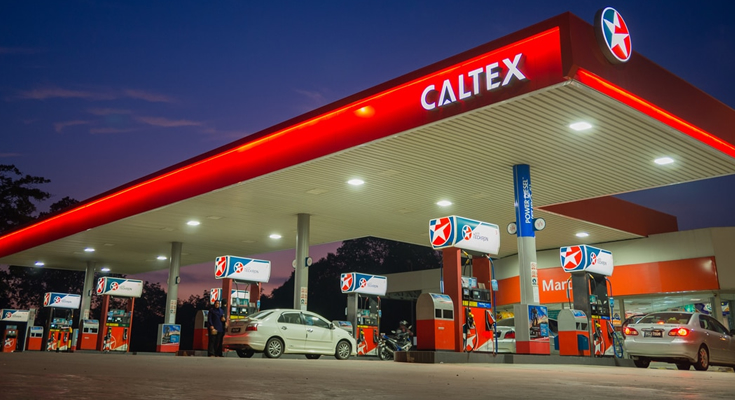 Caltex though does want to sell – the prices is just the sticking point because it “undervalues” the company and is not “compelling” for shareholders.

And to help the Canadians find the higher value, Caltex’s board said it will provide ACT with select non-public information to allow it to submit a revised proposal.

Caltex told the ASX Tuesday it had carefully considered the offer – made public last week after news of the deal leaked to the market – and sought advice from advisers and shareholders before determining it was inadequate.

“The board has concluded that the proposal undervalues the Company and does not represent compelling value for Caltex’s shareholders,” it said.

“Caltex has a well-developed strategy, privileged assets, strong leadership and compelling growth opportunities that the board believes will deliver attractive value for its shareholders over time,” board chairman Steven Gregg said in the statement.

The Quebec-based company operates 16,000 stores across Canada, the US, Europe, Mexico, Japan, China, and Indonesia. Its Circle K brand is well known.

Couche-Tard’s non-binding offer would see it buy all of Caltex’s shares at an indicative cash price of $34.50 cash a share less any dividends paid by Caltex.

It was the second offer Caltex had received from Couche-Tard after it rejected an earlier offer from its suitor of $32 per share made in early October.

Caltex shares eased 0.7% to $34.49 as investors realised that Caltex is negotiating for a higher price. Caltex’s board pointed to a “range of considerations” behind its conclusion the offer was inadequate.

The petrol and convenience retailer claims it is at a low point in its earnings cycle because of slimmer refining margins and lower oil prices and the retailing slowdown in Australia.

It pointed to its recently proposed spin-off a 50% interest in its 250 service stations/ convenience stores around Australia into a $1.1 billion listed property trust would unlock greater value for shareholders.

In a trading update last month, it said it expected earnings before interest and tax from its petrol stations to be between $190 million and $210 million – an improvement from its first-half earnings but sharply down from the previous year’s profit result of $307 million.