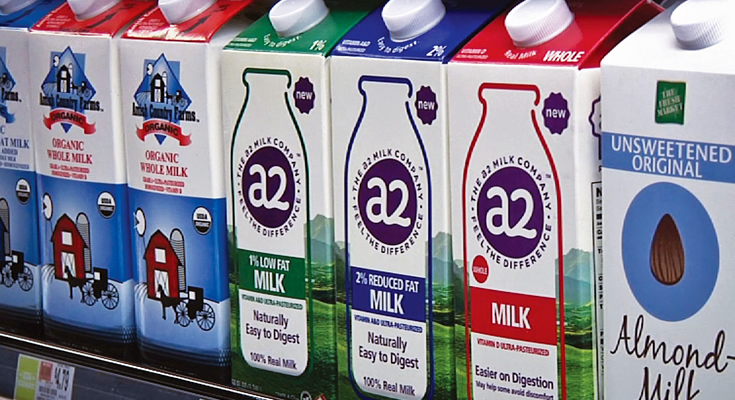 Suddenly shares in the a2 Milk Company are back in vogue, three months after they lost their attraction for a bunch of greedy investors who reckoned the trading update issued with the 2018-19 results wasn’t good enough.

It was a solid update and an early foundation for a year where the company obviously had been expansion plans to the US and Chinese markets.

Judging by the update issued at Tuesday’s AGM, that foundation has proven sturdy enough to launch what could be the best year for the company.

And without any apologies those same investors went hurrah and hopped into the shares, driving them up more than 17% to two-month highs before they ended the session up 11.2% at $13.37.

That’s still a way short of the $17.30 all-time high hit in July (the shares slumped 15% from those highs) , but the market now knows that A2’s expansion plans are not light on, as some analysts and investors inferred in the wake of the August results and first outlook for 2019-20.

A2 said on Tuesday its 2019-20 earnings margin should be stronger than the guidance in August.

CEO Jayne Hrdlicka said that strong first-half sales and improved marketing investment in China and the US would help lift full-year margins to between 29% and 30% against the previous guidance of margins around the 28.2% experienced in the six months to June 30.

The company told the AGM in Auckland that first-half sales should grow by between 21%% and 30% to $NZ780 to $NZ800 million on a near doubling of China label infant nutrition sales, and an even better growth rate for its US sales forecast.

The company’s first-half earnings margin of 31% – 32% will be higher than the full-year estimates because of an expected rise in the cost of goods in the second half and increased levels of strategic marketing in China, which will cost about $NZ200 million.

“While we have only just begun our journey in both Greater China and the US, the results of strategic focus and investment are starting to come through,” Ms Hrdlicka told the meeting.

“Overall, for FY20 we anticipate continued strong revenue growth across our key regions supported by brand and marketing investment in China and the US and the development of both capability and infrastructure to support in-market execution.”