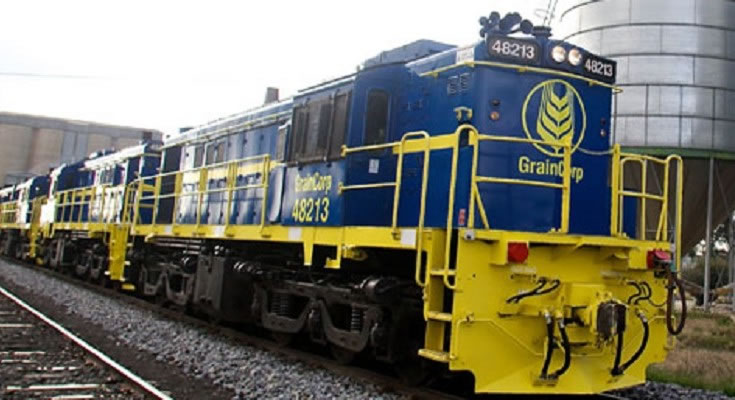 The drought savaged the 2018-19 result of GrainCorp, sending it to a loss of $113 million and forcing the company to axe its final dividend.

The company said grain growers in the eastern states who used its services were hit by one of the “worst droughts on record”.

And it warned that there will be no relief from the current harvest that has now started on the east coast.

GrainCorp CEO Mark Palmquist said the company had shipped more than two million tonnes of grain from other grain-growing states including Western Australia, to meet the demand for grain on the east coast. NSW and Queensland had large grain deficits because of the big dry.

“Our grains business was also negatively impacted by unexpected disruptions to international grain trade flows and Australian grain markets, which caused a rapid and material decline in feed grain values and, in turn, adversely affected our positions,” he said.

GrainCorp said its Malt business had had “a good year with increased malt sales in the second half and continued solid demand from its craft beer and distilling customers.”

“GrainCorp progressed its malt capacity expansion projects in Scotland, including an upgrade of Bairds Malt’s Arbroath facility and construction of a new malting plant at Inverness. The expansion will bring Bairds’ total annual capacity to over 300,000 tonnes.”

In its Oils business, the company said oilseed “crush margins continued to be adversely affected by the ongoing drought and the resulting impact on canola supply and cost.”

GrainCorp says it still plans to demerge its malting business from its grain operations, a move that will form two separate ASX-listed companies.

GrainCorp shares rose 4% to $7.73 with the poor result well guided by the company during the year and no shocks in the final report yesterday.