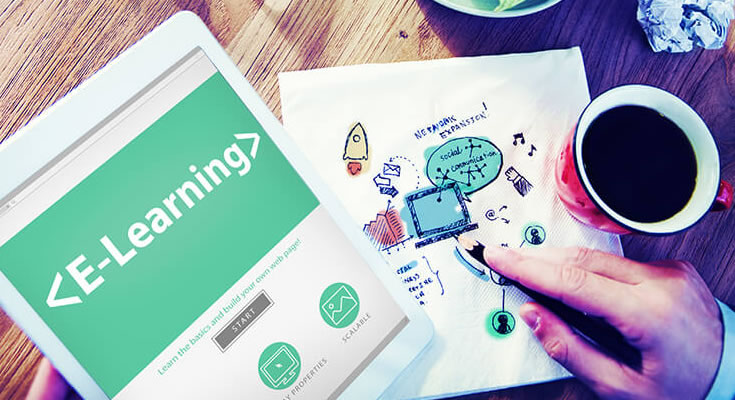 The federal government may have succeeded in cleaning up the woeful private vocational education sector, but now faces a fresh issue in its quest to protect the $35 billion foreign student trade.

Foreign students may have emerged as Australia’s third-biggest export industry, but the problem is that too many students are deficient in English and given most courses are taught in the Queen’s language it’s not exactly a shortcoming that Google Translate can rectify.

Last year Australia hosted 179,342 foreign students learning English, an increase of 1 percent on the previous year and a 10 percent rise on four years ago. It’s a $2.4 billion-a-year industry.

Students who come directly to higher education courses need to have passed a so-called high stakes test called International English Language Testing System IELTS (or similar). But many come here to learn English first in view of vocational educational courses, in which case the testing is up to the institutions.

While students ultimately are supposed to have English proficiency, the issue has been inflamed by the willingness of some institutions to lower their standards to keep the students – and the dollars – flowing. Students in effect are lured to sub-standard foundation programs that do not give them adequate English skills to complete their studies.

With Canberra concerned about the impact on Australia’s reputation as a prized education destination, another crackdown looms as part of a broader review initiated by federal education minister Dan Tehan.

Against this backdrop, iCollege (ICT, 5.7c) and its TestEd arm last month signed a deal with Cambridge University’s Cambridge Assessment English to become Cambridge’s quasi exclusive seller of its Linguaskill tests in Australia.

The tests are an easy and accredited means for colleges and employers to appraise regularly their students’ and workers’ English skills.

Cambridge Assessment English, the British Council and our very own IDP Education (IEL, $16.40) own the better-known International English Language Testing Systems, or IELTS, a so-called ‘high stakes’ test used to appraise would be or newly-arrived migrants (IELTS is one of five such tests accepted by the Department of Home Affairs).

As well as bearing the Cambridge imprimatur, the digital-based Linguaskill tests can be done remotely over the computer, with the results correlating to the IELTS test. The test is also accepted by Europe’s English gatekeeper, the Common European Framework of Reference.

“There’s no subjectivity about it,” iCollege chairman Simon Tolhurst says.

Arguably iCollege’s biggest selling point is that Linguaskill is cheaper, which makes it more palatable for ongoing testing. IELTS, we should note, also has a $65 progress (practice) test.

All four skills (speaking, writing, reading and listening) are computer-delivered for the iCollege test, whereas for the high-stakes tests oral tests are usually conducted face-to-face with a qualified assessor.

iCollege estimates an addressable annual market of 100,000 tests per annum, which at an average of $140 a throw equates to revenue of $14 million.

Tolhurst cautions the estimate “could be higher or could be lower”. It all depends on the take-up level from the colleges and employers. “But we didn’t do this deal without testing the market,” he says. “There seems to be genuine interest among the various groups.”

The company envisages that a university could buy Linguaskill to test the English proficiency of all international students prior to graduation (and have the test results within 48 hours).

Alternatively, a large corporation or recruitment agency could implement Linguaskill into its pre-employment practices to verify the English proficiency of staff and/or job candidates.

A provider of courses in disciplines including hospitality, aged and disability care, occupational safety and life skills for prison parolees, iCollege turned over $$8.2m in the year to June 2019 and made an $8.2m loss.

In February last year iCollege more than doubled the size of its business with the acquisition of Manthano, which was oriented to hospitably courses and the international student market generally.

Despite this corporate engorgement, in any language, the Linguaskill franchise should make for a meaningful addition.

However the new rules unfold, English testing is big business.

Rising from the ashes

Pay attention class, you will be tested!

The listed education sector lives on, despite the implosion of the vocational sector that saw the collapse of the hapless Vocation, the Australian Careers Network and Intueri.

Investor choice has been further limited by the $2 billion take-out of sector behemoth Navitas by parties including founder Rod Jones and Australian Super.

Shares in the expanding, Sydney based Redhill Education (RDH, $2) have sagged from $4 in October last year, which arguably is an overreaction to the cost of its Melbourne expansion and increased executive-level costs (including compliance).

The Melbourne business was only founded four years ago but now accounts for 30 percent of revenue and is being expanded by another 50 percent.

Redhill shares have halved over the past year.

Redhill’s full-year net profit also fell 15 percent to $3m, in line with earlier guidance, on revenue of $60m (up 10 percent).

The company has also been expanding its Sydney based Greenwich business, which is the biggest provider of intensive language courses.

Part owned by the sandstone universities, IDP carried out performed 1.28m IELTS tests – “the world’s most trusted English language test’’ – in 44 countries, for an average fee of $280 versus $269 previously.

Put another way the tests accounted for $360m of the $598m of revenue gleaned by IDP, which operates an extensive foreign student recruiting network. IELTs testing also accounted for 46 percent of IDP’s gross profit of $334m, with English language teaching contributing a further 5 percent.

The IELTs tests also accounted for 46 percent of IDP’s gross profit of $334m, up 20 percent, with teaching accounting for a further 2 percent.

Another survivor of the shakeout of listed education provider is the 111- year old Academies Australasia Group, (AKG, 66c), which provides vocational and pathway courses at nine campuses (including Singapore).

International students accounted for $53m of this revenue, up 12 percent, offsetting a 30 percent decline in domestic student take-up.

Academies shares are in a purple patch, having climbed 67 percent over the last year.

The company is now debt-free, having had $15m of borrowings four years ago. Academies’ $86m market valuation is also supported by $15m of cash.