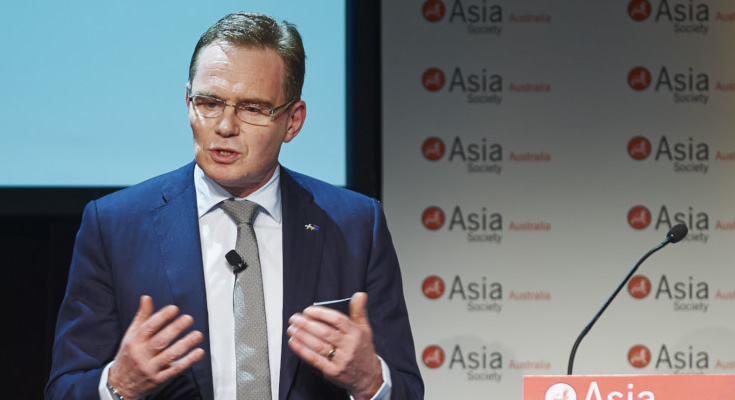 BHP has joined rival Rio Tinto in maintaining full-year production and sales targets after a solid performance in the three months to September 30.

That was despite a small fall in September shipments of 3% because of maintenance at Port Hedland.

BHP blamed the quarterly drop on significant planned maintenance at Port Hedland, including a major maintenance program on the rail car dumpers that unload iron ore out of freight train carriages.

Despite the drop, BHP maintained its iron ore production forecast for the 2020 financial year of between 273 million tonnes and 286 million tonnes.

Production was almost unchanged at 69.257 million tonnes in the three months to September 30 against 69.342 million in the same quarter of 2018.

Earlier this week Rio maintained its 2019 guidance at between 320 million and 330 million tonnes meaning that it will end the year as the world’s top iron ore producer and exporter.

That was after Vale, the big Brazilian miner this week reaffirmed its earlier lowered guidance for 2019 of 307 million to 332 million tonnes.

BHP CEO, Andrew Mackenzie said in Thursday’s statement: “We delivered a solid start to the 2020 financial year through ongoing strong operational performance across our portfolio.

“While Group production for the quarter decreased slightly due to the expected impacts of planned maintenance and natural field decline in Petroleum, guidance remains unchanged and we are on track to deliver slightly higher volumes than last financial year.”

BHP shares fell 3.2% to $34.86 (Rio and Fortescue shares also fell) after global iron ore prices fell more than 5% to $US87.86 a tonne on Wednesday according to the MB Fastmarkets website.

South Flank will use the existing infrastructure at the company’s adjacent Mining Area C processing hub and boost its capacity from 65 million tonnes a year to 145 million.

The project, which will replace output from the depleting 80 million tonnes a year Yandi deposit, is expected to employ about 600 people when production begins.

Quarterly copper output rose 5% on a year ago as production recovered from outages in Australia and Chile, while metallurgical coal production fell after planned maintenance shutdowns in Queensland.