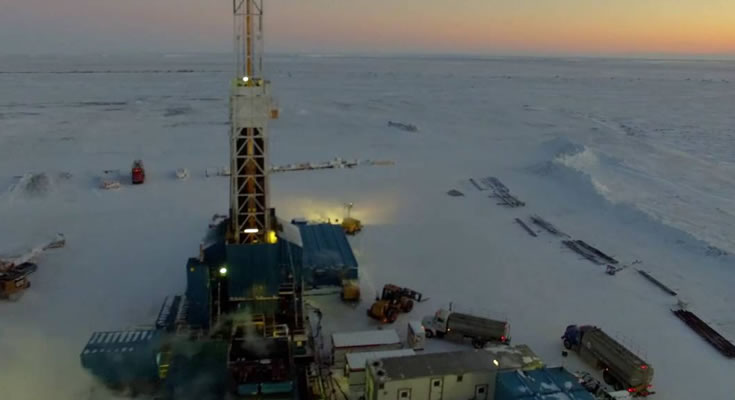 88 Energy Limited (ASX: 88E) (“88 Energy” or the “Company”) provides the following update related to the upcoming drilling of the Charlie-1 appraisal well at Project Icewine, located on the Central North Slope, Alaska.

88 Energy Ltd, via its 100% owned subsidiary Accumulate Energy Alaska, Inc (“Accumulate”), has executed a rig contract with Nordic-Callista Services to utilise Rig-3 for the upcoming drilling of the Charlie-1 appraisal well. 88 Energy utilised Rig-3 for the drilling of the Winx-1 well in March 2019 and was extremely pleased with its safe and efficient performance throughout the course of operations.

Significant progress has been made on the permitting front, with only two of the key permits now outstanding; the Plan of Operations and Permit to Drill, which are both in the process of being finalised and approved. Additionally, tendering and finalisation of contracts for equipment and services required for Charlie-1 are advancing as planned.

The conditions precedent related to the recent farm-out with Premier Oil Plc are being completed according to schedule, with all conditions expected to be met prior to the end of November 2019.

About the Charlie-1 Appraisal Well

The Charlie-1 appraisal well has been designed as a step out appraisal of a well drilled in 1991 by BP Exploration (Alaska) Inc called Malguk-1. Malguk-1 encountered oil shows with elevated resistivity and mud gas readings over multiple horizons during drilling but was not tested due to complications towards the end of operations, which resulted in lack of time before the close of the winter drilling season. It was also drilled using vintage 2D seismic, which was insufficient to adequately determine the extent of any of the prospective targets encountered.

88 Energy subsequently undertook revised petrophysical analysis, which identified what is interpreted as bypassed pay in the Malguk-1 well. 88E also completed acquisition of modern 3D seismic in 2018, in order to determine the extent of the discovered oil accumulations. Charlie-1 will intersect seven stacked prospects, four of which are interpreted as oil bearing in Malguk-1 and are therefore considered appraisal targets. 88 Energy will operate Charlie-1, via its 100% owned subsidiary Accumulate Energy Alaska, Inc, with cost of the well to be funded by Premier Oil Plc up to US$23m under a recent farm-out agreement. Drilling is scheduled to commence in February 2020 with flow testing anticipated to conclude in April 2020. The total Gross Mean Prospective Resource across the seven stacked targets to be intersected by Charlie-1 is 1.6 billion barrels of oil (480 million barrels net to 88E). Refer announcement dated 23rd August. 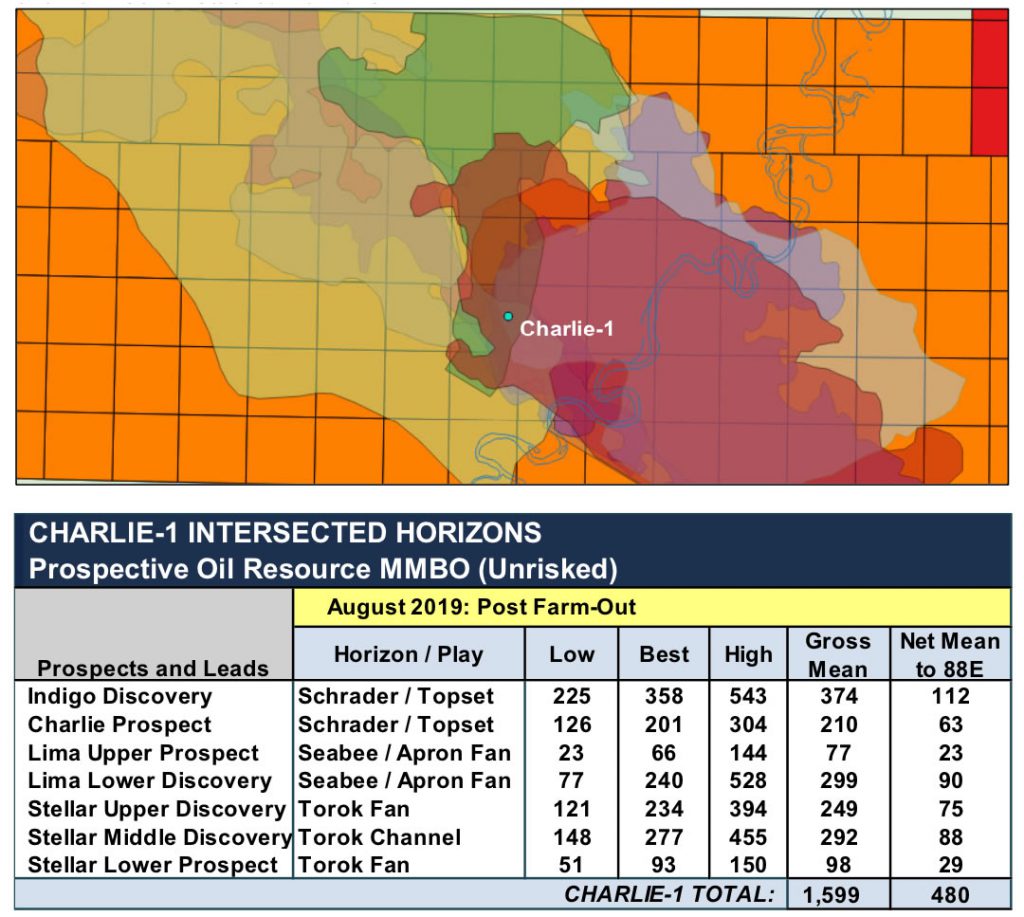 Cautionary Statement: The estimated quantities of petroleum that may be potentially recovered by the application of a future development project relate to undiscovered accumulations. These estimates have both an associated risk of discovery and a risk of development. Further exploration, appraisal and evaluation are required to determine the existence of a significant quantity of potentially movable hydrocarbons.