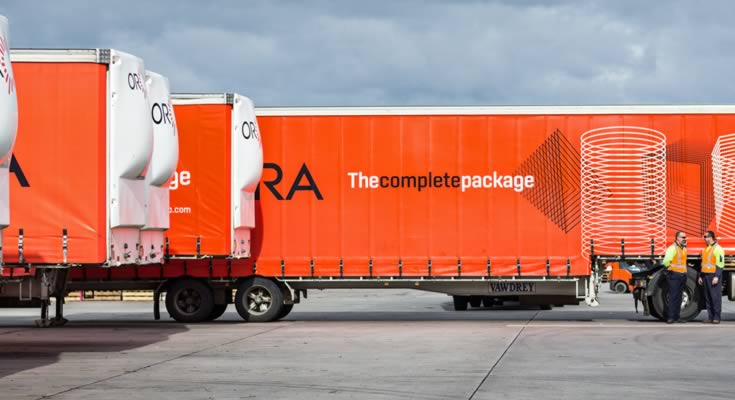 Back in August, shares in packaging group Orora fell 17% after revealing weak earnings for 2018-19 and a weak outlook.

Yesterday, the company got most of that back when it revealed it had sold a part of its Australian operations to a Japanese company for a gross $1.7 billion, with news that most of the money will go back to shareholders in some sort of capital management.

The shares jumped 20% to $3.28 before settling back and ending down just under 14% at $3.11 on news of the sale of its Australasian Fibre Business to a wholly-owned subsidiary of Nippon Paper Industries of Japan.

“The Nippon Paper offer represents compelling value for shareholders, reflecting a full price for the Australasian Fibre Business which has reached maturity under Orora ownership and which will now benefit from the synergies and other value enhancements available to Nippon Paper as a strategic acquirer,” Orora Chairman Chris Roberts said in a statement to the ASX

“Orora will now focus on its Australasian Beverage and North American businesses which both have a strong long-term growth outlook and provide an opportunity for superior returns on capital for shareholders.”

Orora said it expects to receive net cash proceeds from the transaction of $1.550 billion and intends to return around $1.2 billion to shareholders through “capital management initiatives”.

Orora shareholders are in line to pocket $1.2 billion after the company decided to offload its cardboard packaging unit to Japan’s Nippon Paper for $1.7 billion.

The deal should be completed in early 2020.

The company’s estimated net gain on the deal after costs and tax is $225 million, which will be recognised as a significant Item in the December interim results to be released next February.

Orora said the Nippon offer represented compelling value for shareholders, but it also flagged possible staff cuts on account of it becoming a more streamlined operation.

“We recognise the effect that this could have on our people and will be working closely with all potentially affected by today’s announcement,” chief executive Brian Lowe said.

Nippon Paper’s acquisitions have included Australian Paper in 2009 for approximately $700 million, and the Weyerhaeuser liquid packaging board business in 2016 for $US285 million.

The Orora purchase will be Nippon’s largest investment outside Japan.