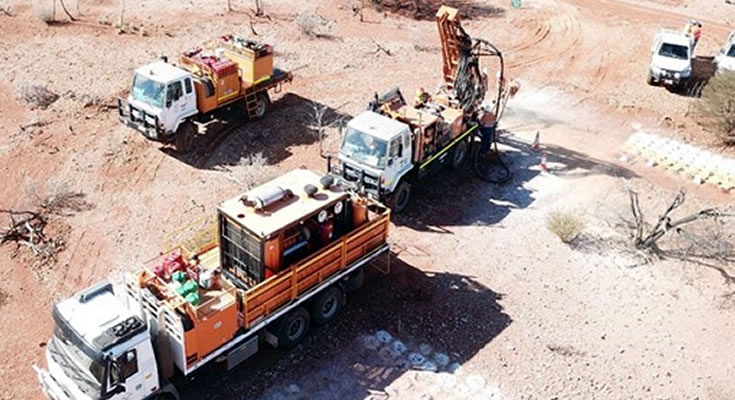 First drilling at Misima North in over 20 years, targeting shallow mineralisation in an area where rock chip sampling returned grades of up to 44.6g/t Au.

Kingston Resources Limited (ASX: KSN) (Kingston or the Company) is pleased to report that drilling is underway at Misima North, within its flagship 2.8Moz Misima Gold Project in PNG.

Misima North is a 4km prospective target corridor trending NNW from the former Umuna open pit. Recent field work and structural interpretation has elevated the potential at Misima North, suggesting that previous drilling has not properly tested the shear position and subsidiary structures. Known anomalism and mineralisation at Misima North is indicative of supergene enrichment within structures adjacent to and within the Umuna Fault Corridor. 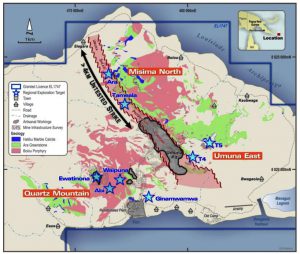 Previous field exploration undertaken by Kingston at Misima North included three short trenches dug within the prospective Ara area. Ara includes a number of historical underground workings that were active prior to World War 2. The trenches were designed to test lithological and structural contacts between prospective outcropping greenstone and limestone adjacent to the Umuna Fault Corridor. 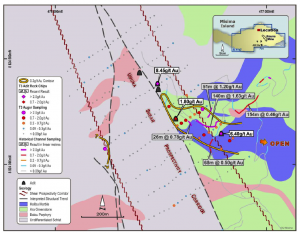 Exploration has been conducted by previous companies within the 4km-long Misima North corridor, with highlights including:

• Small-scale historical underground production, circa 1940, was recorded at the Misima North Gold Mine3 with sampling within one underground adit recording 16m @ 21.3g/t Au.
• Kingston has not independently verified these historical records.

“Misima North represents the third new regional target outside of the existing 2.8Moz resource to be drilled by Kingston, and follows the discovery of the Abi prospect within the Quartz Mountain area last month. With a second diamond rig on site, we now have drilling underway at two key regional targets, with drilling also commenced on Umuna East.

“Commissioning of the second drill rig occurred during September with additional support fleet and equipment arriving on the island during the third week of September. It was a great effort by our drilling contractor and the Kingston team to bring this rig on line ahead of schedule. We are now well placed to deliver a material uplift in drill metres and an acceleration in drill testing these exciting regional targets.”

Kingston’s initial program in Misima North is expected to comprise 10 diamond holes with planned depths of 80-130m, for total drilling of approximately 1100m. 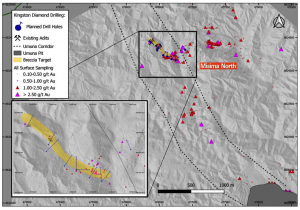 The designed holes will be targeting a NW-trending breccia (supergene enriched) with anomalous surface geochemistry. It will also add data to the Company’s structural interpretation of the area to enhance the geological model and assist in planning of future holes.

Currently the controls on mineralisation are understood to be a combination of moderate to steep-dipping NE and NW trending structures, as well as brecciated limestone contacts and drusy quartz manganese oxide fracture fills and stock-worked veinlets.

The drill holes are planned along the footwall of a NW-trending structure within the interpreted extension of the Umuna Fault Corridor. 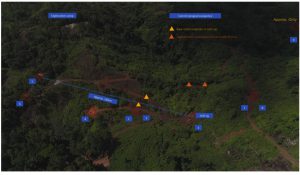 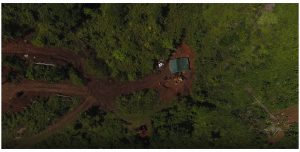 The information in this report that relates to Exploration Results and Mineral Resources is based on information compiled by Mr Stuart Rechner BSc (Geology) MAIG, a Competent Person who is a member of the Australian Institute of Geoscientists. Mr Rechner is a Director of the Company. Mr Rechner has sufficient experience that is relevant to the style of mineralisation and type of deposit under consideration and to the activity being undertaken to qualify as a Competent Person as defined in the 2012 Edition of the “Australasian Code for Reporting of Exploration Results, Mineral Resources and Ore Reserves”. Mr Rechner consents to the inclusion in this report of the matters based upon the information in the form and context in which it appears.’

Kingston confirms that it is not aware of any new information or data that materially affects the information included in all ASX announcements referenced in this release, and that all material assumptions and technical parameters underpinning the estimates in these announcements continue to apply and have not materially changed.