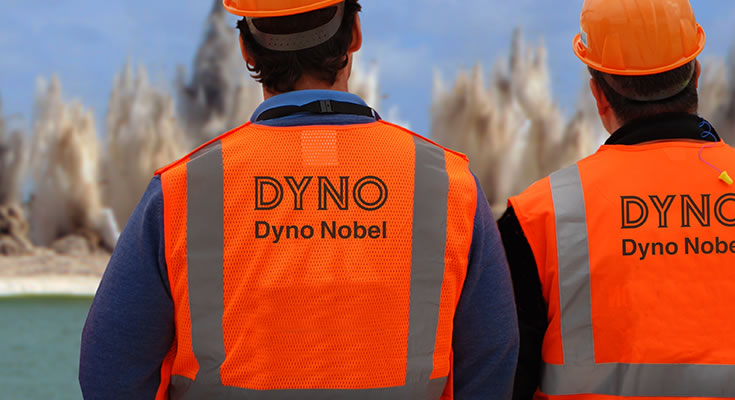 Early last month, Incitec Pivot (ASX:IPL) announced a strategic review into its Fertiliser segment, which could result in IPL becoming purely an explosives company. This would be a clear positive for IPL shares on a number of fronts. However, there are a number of other fundamental drivers that are equally important in any potential re-rating.

Around half of the downgrade relates to the impact of lower-than-expected Diammonium Phosphate (DAP)/ammonia prices. It was partially offset by favourable currency movements and US gas prices. US DAP prices have been challenged by weather-related weakness in US cropping activity, as have US ammonia prices, given the adverse weather and below average fertiliser applications.

What is the likely outcome of fertiliser segment review?

Incitec’s fertilisers business, Incitec Pivot Fertilisers (IPF), is Australia’s largest manufacturer and distributor of fertilisers. The Eastern Australia region, where the business is based, accounts for two thirds of the market. IPF’s customers are dealers, wholesalers and farmers.

As part of the review, the Company is considering divestment and demerger opportunities as well as a retention and reinvestment opportunity. The review is still in the early stages and is expected to progress over the course of the current financial year (FY20).

There appears to be a number of potentially interested parties, namely trade and financial buyers, making a demerger less likely. There may also be interest from international fertiliser companies, as well as private equity (who have shown interest in the past).

Further, assessing a likely sale price is challenged by two factors. Firstly, the net asset value of the fertilisers business was $650.7m as at 30 June 2018. Present market valuations range widely, from ~$600m to ~$1.0b. To this end, it is worth noting that some valuations assume earnings are ‘mid-cycle’ (i.e. higher than at present). This takes into account an improvement in fertiliser prices, when fertiliser prices in FY20 are likely to remain weak, before recovering towards “normal” levels in FY21. Secondly, while the fertilisers business possesses attractive distribution assets, some plants have a low book value.

The Company’s forward strategy for the Explosives segment will likely centre on continuing to drive operating and capital efficiencies from the current manufacturing footprint, and improving the technological capability. In particular, IPL is targeting $40-50m in earnings benefits by FY22 from increased manufacturing reliability across its global ammonia manufacturing platform.

We consider the key catalysts for the shares to be an improvement in fertiliser prices and a favourable outcome of the strategic review. To this end, fertiliser prices overall in FY20 are likely to remain weak, before recovering towards “normal” levels in FY21.

While a sale of the more volatile fertilisers business should result in a P/E rerating for IPL as a pure-play explosives business, it is worth noting that investors are likely to continue to favour ASX-listed peer Orica (ASX:ORI). This is given that ORI (which is currently trading on a FY20 P/E of around 22x) is considered to have a higher-quality explosives business and a clearer growth strategy.

It is also worth noting that any re-rating for IPL is likely to be hampered by the fact that IPL’s explosives business will also include the Waggaman plant. This plant remains highly volatile with earnings subject to movements in ammonia and gas prices and continuing to be impacted by production issues.

With the shares currently trading on a P/E multiple of around 17x on an FY20 basis, which compares to the average of ~16x over the last two years, we do not consider the shares represent value at current levels.

A more favourable view on the shares would require a number of assumptions to be made:

Incitec Pivot has spent most of this year trading in a narrow range. It fell under support at the start of September, but we can see that it quickly recovered. This means that the drop on 2 September was a “false break”. It led to buyers revealing themselves and stepping in at that level. IPL then went to retest the upper limit of its 2019 range near $3.55.

It is now easing back again towards the bottom of the trading range. Investors can therefore wait for IPL to fall to cheaper levels. With the false break in early September indicating that there is good support down at the bottom of the range, it means that we can dip our toe in the water near $3.15 with a bit of confidence. Investors could then look to add to their position on an upside break through $3.55.