So will the Reserve Bank cut interest rates for a third time this year at its October meeting tomorrow, or wait until Melbourne Cup day to deliver?

Most economists reckon a rate cut is coming tomorrow – as Westpac’s chief economist, Bill Evans asked in a weekend note “why wait until November?”

“(O)ur central view that there is no reason to wait until November for the next move still seems reasonable”. So he sees a cut tomorrow, followed by another next February.

His counterpart at the AMP, Shane Oliver thinks along the same lines, writing at the weekend:

Early data for the September quarter – which ends tomorrow – suggests that the economy has slowed a little from the 1.4% annual rate in the year to June (and 0.5% quarter on quarter), even after house prices in Sydney and Melbourne have turned higher.

The AMP’s Dr. Shane Oliver says “Economic growth has slowed well below potential and RBA forecasts, unemployment, and underemployment are now drifting up, forward labour market indicators point to a further rise unemployment ahead, the improvement in wages growth has stalled and inflation looks likely to continue coming in weaker than expected.

“What’s more the RBA’s own forecasts which see it continuing to undershoot its inflation target through 2020 are built on two more rate cuts and recent comments by Governor Lowe have left the door wide open for more rate cut. So best to get on to it.

“We see the RBA cutting rates by 0.25% on Tuesday with another 0.25% cut coming in November. We had thought that the low would be 0.5%, but given the continuing weak outlook, we now see the RBA ultimately cutting the cash rate to a low of 0.25% with another cut around February next year.

“This will likely be the absolute bottom though as banks are unlikely to be able to pass on rate cuts beyond that point and negative rates are likely to be counterproductive.”

RBA Governor Philip Lowe is due to speak at a Melbourne business community dinner after the board meeting just as he did after the June and July meetings when rates were last cut.

“This presentation will naturally be watched closely in terms of clues regarding future rate moves but we expect him to remain very dovish,” Dr. Oliver wrote.

The latest Australian job vacancies data from the Australian Bureau of Statistics last Thursday helps support the idea of an early rate cut or two over the rest of this year and into 2019.

Seasonally adjusted, the number of job vacancies fell 1.9% in the August 2019 quarter, and 1.9% over the year. The ABS said the falls were entirely driven by the private sector. The ABS said private-sector job openings fell 1.8% during the quarter to 213,300, and down an annual 2.6%. That is also a sharp turnaround from the 1.1% rise in the May quarter and 3.8% annual rise. In contrast, public sector openings rose 3.6% to 23,200 from the level reported in May.

Over the year, vacancies in the public sector grew by 10.8%. That’s stronger than the 1.6% quarterly rise and an 8.2% annual rise.

The quarterly job vacancies they give an idea of the future direction of job creation and employment. The August report suggests that the slowdown in employment growth we have seen since May is going to accelerate, especially in the private sector which is the largest area of employment. In fact, the fall is already underway.

If it had not been for the continued strong growth in the public sector (education, welfare, such as health and the NDIS The August quarter’s fall) the fall in job vacancies would have been significantly larger.

That suggests that unemployment is headed higher and wages lower. Analysis like that would have been a handy dose of realism to set against the upbeat reporting of the AFR’s summit, which was organised to make money as much as trying to provide some information on what is the most examined sector in the Australian economy and everyday life. 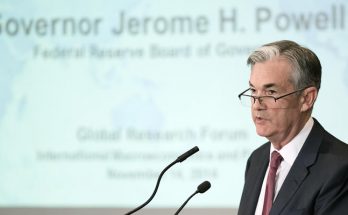