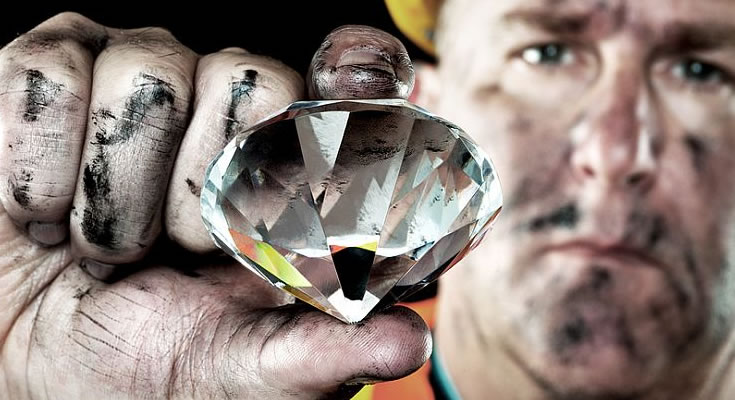 Citi revises thermal coal price forecasts lower, down -19% to US$70/t in 2020 and down -6% in 2021 to US$75/t, on the back of lukewarm global energy demand and falling natural gas prices. Rising supplies from India, Colombia and South Africa appear set to shift the seaborne market into surplus in 2020.

Chinese thermal coal prices have stayed in a narrow range around RMB580-620/t so far in 2019 as domestic supply outweighs demand and Citi notes the appetite for imported coal remains strong as seaborne thermal coal prices have fallen even faster. Outside of China, demand is set to gradually weaken amid the slowdown in advanced economies, which should more than offset increases in demand in Southeast Asia and India.

The switch in European utilities into natural gas and away from thermal coal continues to affect demand, the broker asserts. Low natural gas prices because of an oversupply of LNG and robust exports from Russia have dragged on thermal coal demand and pricing.

Macquarie reduces forecasts for both thermal and coking coal (metallurgical) prices by -6% and -4% respectively for 2019, which in turn weakens the outlook for both New Hope Corp ((NHC)) and Whitehaven Coal ((WHC)). Given uncertainty surrounding the future of New Acland the broker also downgrades New Hope to Underperform from Neutral.

Whitehaven Coal is downgraded to Neutral from Outperform because of the weaker earnings outlook. Citi also substantially reduces its earnings estimates in FY20 and FY21 for both stocks.

Meanwhile, long-term coking coal prices are expected to reach US$140/t justifying investment in greenfield Australian hard coking coal assets. Citi notes BHP Group ((BHP)) may be able to expand capacity at cheaper prices but others need that level of pricing to keep supply steady amid potential depletion of existing mine blocks over the long-term.

Australian supply will be needed for newly-constructed blast furnaces and coke ovens in China and India as, outside of Australia, premium hard coking coal supply growth appears limited. China is struggling to grow its capacity because of constraints on domestic resources and will need to rely on imports from the seaborne market.

Citi observes the oil market has lost virtually all surplus production capacity after the attacks on Saudi Arabia’s oil centre. The damage to the processing facilities has affected the capacity to separate associated natural gas for up to 7m bopd as well as the ability to stabilise oil in order for it to be shipped safely to international destinations.

Depending on how rapidly damage is repaired, Citi notes immediate concerns centre on the global availability of diesel fuel in the months ahead.

In the short term the surge in the oil price should not change supply or demand, in the broker’s opinion, and associated gas production will still have to wait for tight oil production to rise, which could be a nine-month process. In the longer term, gas prices could come down as a prolonged oil price increase could encourage some extra production of tight oil and associated gas.

Macquarie makes material reductions to alumina forecasts, cutting estimates by -5% and -10% for 2019 and 2020, respectively. The reductions reflect the rapid ramp up at Alunorte and an increase in assumed Chinese domestic supply.

As a result of reductions to both alumina and coal prices the near-term outlook for South32 ((S32)) has weakened and the broker downgrades to Underperform from Neutral. Earnings estimates in FY20 are reduced by -18% and FY21 by -5%.

Morgan Stanley, on the other hand, notes South32 has underperformed significantly because of sentiment towards manganese, future power negotiations and fee negative moves in coal and alumina. The broker finds the negative sentiment relating to manganese overdone and marks the stock as its second most preferred for value under coverage.

Iluka Resources ((ILU)) retains top spot, with Morgan Stanley assessing the fall in the stock of -30% since the financial result that reflects delays at Sierra Rutile and concerns about the zircon market are overdone. Macquarie upgrades Iluka Resources to Outperform from Neutral, agreeing the slump in the stock has been excessive.

Morgan Stanley downgrades Fortescue Metals ((FMG)) to Underweight from Equal-weight, believing the risks in the iron ore price are to the downside despite the company being a quality operator. The broker expects the headline iron ore price and 58% price realisation to recede from current highs, commencing in the first half of 2020 as supply increases and Chinese mill profitability benefits from lower raw material prices.

Macquarie reiterates a preference for Fortescue Metals among bulk commodity miners, and considers pure iron ore stocks Champion Iron ((CIA)) and Mount Gibson ((MGX)) are also offering material upside at current prices. The recent decline in spot iron ore prices has eroded momentum for both BHP Group and Rio Tinto ((RIO)) in FY20 but the broker continues to envisage a strong earnings upgrade risk under a spot scenario for FY21 and beyond.

Morgan Stanley upgrades Regis Resources ((RRL)) to Equal-weight, noting it has been left behind in the rally in gold stocks. While a higher gold price deck improves the targets for gold stocks, the broker continues to believe the sector is overbought.

Macquarie has reduced Newcrest Mining ((NCM)) to Underperform from Neutral following the recent rally in the share price. The broker continues to prefer those gold stocks with positive production, headed by Northern Star ((NST)) and Saracen Mineral ((SAR)).

UBS highlights a mixed outlook for the diamond jewellery market, with potential pressure on sales in the US caused by the volatility and downside risk to US equities. There are some signs of improving sentiment in China as a trade war becomes the “new normal”.

There is increasing indications that synthetic diamonds are gaining market share, including in the Chinese engagement ring market, although demand growth for natural diamonds is still expected over the medium term.

In the near term any potential recovery in diamond fundamentals is considered unlikely as consumer sentiment remains fragile. In the year to date the broker estimates global jewellery demand is likely to be down -1-2% but rough diamond demand is down more than -25%, driven by material re-stocking by cutters/polishers in India and more recently by jewellery manufacturers and retailers.

Weak rough diamond demand has also forced de Beers and Alrosa to reduce sales to prevent excessive discounting and their inventories of rough diamond are expected to build.