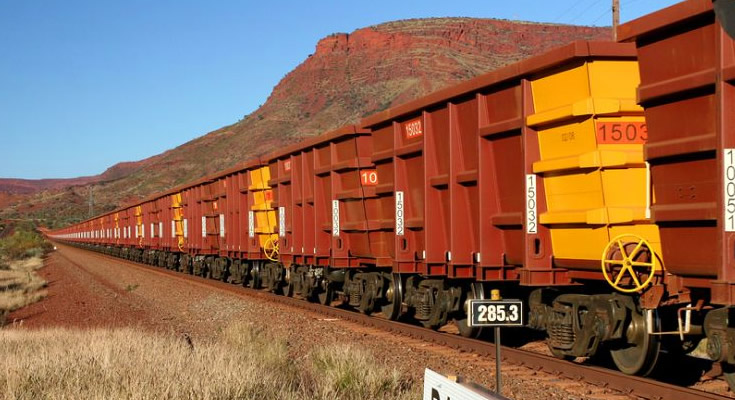 ANZ analysts suggest the focus on increased infrastructure expenditure in China may be starting to bear fruit. The value of China’s approved infrastructure projects hit RMB963bn in the first eight months of this year, up 309%. Special government bonds used to fund these projects have doubled from a year earlier.

China’s steel production hit 87.3mt in August, up 8.6%, the analysts note. Moreover, a fall in steel inventory is over the past two months indicates this is not just a re-stocking phase ahead of expected stimulus-related demand.

A small pick-up in infrastructure expenditure should offer the iron ore and steel market some solace, the analysts suggest, and keep prices relatively well supported. Iron ore prices are envisaged staying around US$85-90/t in 2019 amidst robust fundamentals. Supply losses in Brazil appear structural and the market is deemed under-supplied until 2020. However, improving exports from other countries and narrowing margins for steel mills could drag on prices.

Shipments from Australian iron ore companies have increased following major port maintenance in July. The shipping volumes for the September quarter, as implied by port data, are currently ahead of Macquarie’s forecasts for both Rio Tinto ((RIO)) and BHP Group ((BHP)) but below estimates so far for Fortescue Metals ((FMG)).

BHP Group’s shipping has improved to above target for the September quarter, having started the quarter well below updated guidance. Guidance for FY20 is for 273-286mt. Fortescue Metals has provided FY20 guidance for shipments of 170-175mt of iron ore in FY20.

Macquarie believes the modest recovery in port stocks indicates the iron ore market remains relatively tight and inventory re-stocking cycle along with heavy maintenance plans for both BHP Group and Rio Tinto could mean port stocks start to fall in the next few months.

Meanwhile, Brazil’s Vale is shipping below the levels needed to achieve guidance based on its current shipping rate. The company has reiterated 2019 guidance of 307-332mt.

Macquarie suggests an improvement in steel margins is likely to be the main driver of a recovery in iron ore prices. Margins have swung higher, to US$33/t for hot rolled coil and US$54/t for rebar. The broker expects improved margins will enable mills to look at increasing inventory. Falling coking (metallurgical) coal prices have also aided the margin improvement.

Citi, after a visit to several industries in India, assesses the country’s supply of iron ore and coal is likely to be disappointing in the next 2-3 years and it will become more reliant on the seaborne market.

Demand conditions, however, have clearly deteriorated and weakness is evident across consumption and the industrial and construction sectors. While some build up in inventory could cushion India’s supply disruption in iron ore, net imports are likely to rise if global prices come down significantly.

Citi points out it may be more economic for Indian industry to buy seaborne iron ore rather than pay the full cost of iron ore including the premium to the government. The penalties for not producing at a mine, the broker assesses, are not punitive and, for some mines, cessation of production is a realistic option.

India imports over 200m tonnes of coal and Citi foresees this volume continuing in the medium term. Demand for coking coal should continue to grow in line with Indian steel production growth of 6-7% per annum. India has no more hard coking coal resources and is dependent on imports for most of its requirements.

Coking coal prices have continued to drop, despite a recovery in steel demand in China and a rally in iron ore. Macquarie notes top-grade hard coking coal prices have fallen below US$150/t for the first time since 2016. The main reason is a downturn in demand outside of China, which comprises 80% of the metallurgical coal seaborne market.

Macquarie suggests a recovery in India’s automotive sector is only likely from mid next year, implying further short-term pain for Indian steelmakers. The broker finds little reason to doubt that further slides will occur in the hard coking coal price index.

Japan, a significant buyer of Australian coking coal, is struggling with weak demand and a loss of market share in its export market, particularly in Southeast Asia where more steelmaking capacity is being brought online.

The spike in oil prices from the attack on a Saudi Arabian oil facility, which removed around 5% of global supply, has divergent implications for global assets, in Morgan Stanley’s view.

While the broker’s analysis points to a soft oil price response from the attack, which reflects the presiding weak fundamentals that were pointing to a surplus in 2020, forecasts for Brent in the fourth quarter have been lifted to US$65/bbl from US$60/bbl. The risk of further outages means the bull case scenario rises to US$80/bbl from US$70/bbl.

Morgan Stanley reiterates a cautious market outlook and retains a preference for Oil Search ((OSH)), Santos ((STO)) and WorleyParsons ((WOR)) in the sector.

ANZ analysts suggest oil prices will stay high, in order to take in an increased risk premium after the recent drone attack. The market may have enough capacity to compensate for the production outage, but geopolitical tensions are on the rise in the Middle East and this should mean volatility remains extreme in the short term.

To ascertain broader market trends in the pigment industry Morgan Stanley reviews the Chinese mineral sands industry. The rutile exposure of Iluka Resources ((ILU)) is concentrated in western markets yet the broker’s channel checks suggest its sales into China are receiving a premium relative to the second half reference price and could rise by around US$100/t over the next three months.

The company’s first-half high-grade rutile reference price was US$1107/t and its commentary indicated a 6-8% rise in the rutile and synthetic rutile prices is expected in the second half. Meanwhile, China’s ilmenite is sufficient to supply its market and there is almost no imported high-quality ilmenite stocks. 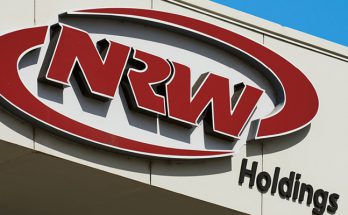