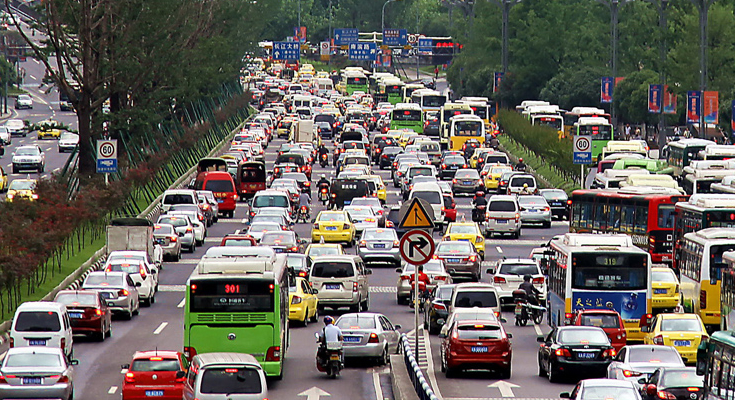 Another lot of negative data about the health of consumer demand in China with car sales down for yet another month.

In fact, the fall in car sales in China echoes that in Australia where they have been weakening for just over a year.

In China, the dip in August was the 14th month in a row car sales have fallen in China.

A combination of tax changes, Trump’s trade war, and weak demand are the main factors for the slide.

That followed falls of 4.3% in July and 9.6% in June, as well as the first annual contraction last year since the 1990s.

Sales of new energy vehicles (NEVs) fell 15.8% in August after a 4.7% fall in July which was the first decline since January 2017.

That was after new energy vehicle sales leapt by more than 60% in 2018. NEVs include plug-in hybrids, battery-only electric vehicles and those powered by hydrogen fuel cells.

The fall comes after weak export and import data was released on Sunday for August, continuing high consumer inflation and deepening producer price deflation in across the service, mining and utility sectors of the economy.