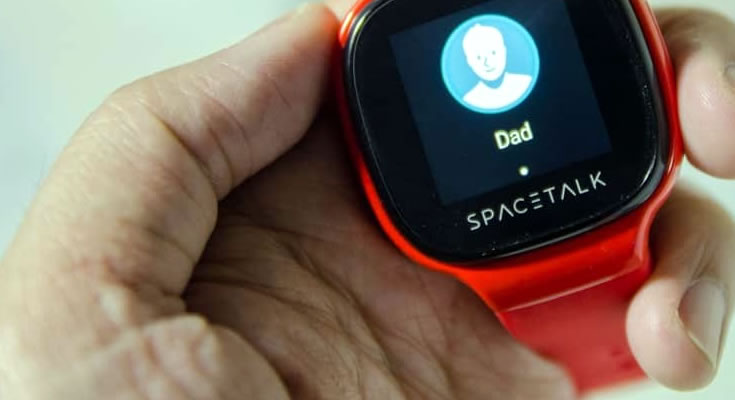 It’s been a great year so far in markets with much of what I have been looking for and had our proprietary trading book positioned for, coming to fruition.

My trade of the year to be long Australian Bonds as the 10-year bond yield would fall from 2.4% to under 1%, reached its target this week. My favourite trade of the year – short Tesla – enjoyed a big win as the share price dropped from $320 to $180. Gold stocks have been booming with Newcrest Mining (NCM) up 60% from where I urged readers several times to buy as far back as February. The latest big win is a perennial favourite MGM Wireless (MWR) signing a deal with Europe’s leading media and telecommunications behemoth – SKY – for its all-in-one phone, messaging and GPS tracking children’s smartwatch – SPACETALK.

I have been a long-term shareholder in MGM Wireless (MWR) first highlighting not only the huge opportunity in the children’s wearables category (forecasted by Gartner Research to be the fast growing segment of the entire global wearables market), back as May 4, 2018 when the stock was a touch above $1.00. At the time while still carrying relatively higher risk, it was a Company that in my view was substantially lower risk because it had an underlying profitable schools messaging business that helped reduce the risk of being a standalone business bleeding cash, trying to make it in a new category. Unfortunately, this is the risk of investing in businesses like Nuheara (NUH) and other device/tech companies – they bleed cash and for prolonged periods of time lose millions of dollars in actual cold hard cash, funded by continuous huge capital raisings that dilute shareholders and produce little in return. MWR was and is unlike those businesses.

I have given regular updates on this opportunity over the past 18 months and how with successful distribution deals from Australia’s leading electronics retailer JB Hi-Fi, then the first major telecommunications company Spark NZ, to now SKY has reduced the inherent risk of the business. In particular, execution risk.

What amazes me is that the share price still remains at the same levels as where it traded at when the Spark NZ announcement was released to the market back in November 2018. Since then, not only have there been strong sales and revenue momentum but SPACETALK has been expanded in New Zealand to sell in every Harvey Norman, JB Hi-Fi and Noel Leeming stores – a total of 189 (including Spark NZ stores) AND we now have SKY.

The SKY partnership is a major coup for MWR in that it has one of the largest media/telcos in Europe with 23 million subscribers in the UK and Ireland and reach of 120 million across Europe. Massive. More importantly, the price point at which SPACETALK is being sold in the UK (10 GBP/month) is a very low-hurdle price point. In my original research on the Company and the industry (available on the MWR website) back in May 2018, I noted that when the Xplora children’s watch in South Korea partnered with South Korea Telecom, according to my findings (using download rates etc), sold approximately 297,000 watches in South Korea in its first two years. The power of partnering with a major telco. South Korea has a population of 51 million people, smaller than UK’s population of 66 million. So at such a low price point and a trusted brand as big as SKY, how many can SKY sell? If the retailers of JB Hi-Fi, can be selling on a 12 month current run rate of near 20,000 with a full upfront payment in a country with little awareness of the category, then in the UK I think double (50,000+ run rate per year) is definitely attainable – probably more. Take into account as well that SKY operates across Europe AND is owned by US giant Comcast – other global countries and regions are now just stepping stone away. All of that can quickly amount to some very huge numbers in sales – none of which have been priced into the MWR share price. Its market cap remains under $50 million.

I believe it is important to really stress in other ways how important this SKY partnership is to validating SPACETALK as the clear best in breed product across the world. Everything else is in its shadows. To partner with a media/telco of this size means that SKY is willing to put its brand’s reputation along side SPACETALK’s. This is even more significant when it’s a brand aimed at children’s safety. The UK and Europe have had issues with lower-security and poorly built children’s watches before, with some being banned and pulled from sale. To enter this market category SKY must have a long-term vision, plan and belief “children’s wearables” will be substantial and that they must be a part of it.

The testing required on these devices to ensure that they are safe, secure, have no harmful products/chemicals in their creation is very onerous. It’s not all about just having a product that works. Moreover, SKY would have tested and compared SPACETALK to its competitors. When one of the largest media companies in the world decides to enter a new market, it doesn’t just choose the first product shown to it. It conducts months and months of research and testing, after all that trusted brand that’s worth billions (SKY’s) needs to be protected. For them to choose and run with SPACETALK speaks volumes. And huge volumes is what SKY would want to sell. Why bother taking risk and all this effort for pennies when you already earn 13 billion pounds in revenue per annum? It’s not worth it unless you believe you can achieve scale.

On my calculations that sales in the UK at a run rate of 50,000+ is a minimum $10 million revenue business with huge upside risk on expansion to Ireland and mainland Europe. SKY does all the advertising and promotion of the product too. No cost to MWR, meaning this revenue has no hidden other costs, just the cost of production. MWR enjoys all the revenue upfront once the device is sold to SKY. That helps enormously with cashflow.

Clearly this strategic partnership with SKY has not been completely understood by the market and the potential for MWR to be a $100 million market cap to me is clearer now than when I first started buying MWR stock. My children use the device and I can say not only do they still love them 18 months later, it is now a normal and integral part of our family life. 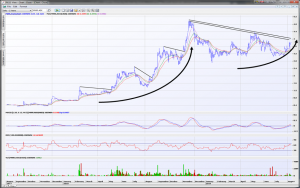 The share price is approaching $4.00 and has been consolidating for the past 9 months. In my experience many micro and small-cap stocks have their time in the “sun”. The dreams and potential drive the share price to lofty heights and when the fundamentals fail to catch up, the share price invariably dies. MWR has been delivering and explains why instead of dying a slow death, the share price is still within shooting distance of its 2018 high. This consolidation over the past 9 months is a platform from which I would expect that when the significance of SKY is fully understood, will lead to fresh new record highs above $6.00. It took a while for the market to understand the importance of the Spark NZ announcement too (Nov 2018). It first sat for a few days and then rocketed from $3.50 to $5.00 in a couple of weeks. Given the size of SKY, the expansion potential to Europe and possibly the US, it is understandable to expect a bigger reaction in due course. A break from this longer consolidation than those seen in 2018 will create a major breakout, leading to a sustainable trend in growth that will reflect the ramp-up in UK sales.

Cannacord Genuity recently started to cover the stock with a valuation of $5.60 – and that was issued before the SKY partnership. I am not the only one that sees the opportunity and the value presented here. They predict sales of 93,000 units in 2020. With Sky it will be more. That’s over $25 million in revenue, expected to double again in 2021 – available here https://mgmwireless.com/wp-content/uploads/2019/07/Canaccord-report-2019.pdf.

It’s a new wearable category with many growth drivers from mobile phone bans in schools (across the world) to the acceleration of children wanting communication devices. For SPACETALK, as the best in breed, it continues to deliver above expectations and this SKY partnership is truly transformational for the Company. I have been a long-term shareholder and supporter of MWR and remain so. I hope many of you too still own MWR and despite the great gains enjoyed so far, this latest announcement shows it’s not the time to cash in yet.