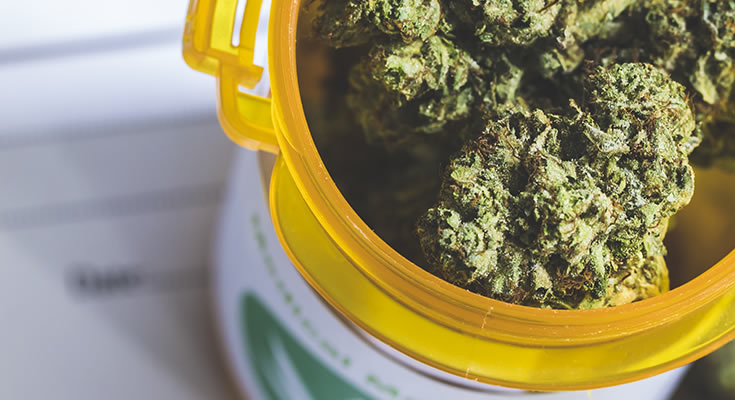 Hampered to date by a lack of doctor awareness, perception issues and a dearth of approved treatments, the local medicinal cannabis sector is showing the first buds of meaningful growth.

According to the Therapeutic Goods Administration, the country’s medical gatekeeper, the number of special-access patient approvals for medicinal cannabis increased by 15 percent in the month of June, to 1576. That’s a 980 percent year-on-year increase.

Cumulatively 9335 patients – equivalent to 0.04 percent of the population – have been approved. “On this basis, we continue to see 20,000 patients approvals by the end of 2019 as very achievable,” says broker Cannacord’s cannabis watchers.

The uptick is benefiting the ASX-listed pot stocks directly exposed to the local medicinal sector. For instance, Althea (AGH, 97c) shares have run hard since reporting its 1000th patient prescription in mid-June – a figure that has grown to 1334 as of late July.

Althea plans to build a cultivation and manufacturing facility at Skye, near Frankston. Intriguingly, the council objection process spurred a few complaints about tree removal, but none about the facility itself (which might say something about the locals’ familiarity with the product).

Althea is also eyeing the UK market, where it has been selected to provide material for an upcoming medicinal cannabis national pilot scheme. The program aims to enroll 20,000 patients with pain, post-traumatic stress disorder, multiple sclerosis, and anxiety possibly about Brexit).

As with other pot plays, Althea is also hedging its bets in the recreational market, last month acquiring Canada’s Peak Processing Solutions in a cash-scrip deal worth around $5.8m.

Funded via an oversubscribed $30m capital raising, the deal gives Althea an entrée into the booming market for “cannabis-infused” beverages, edibles and nutraceuticals.

Althea chief Josh Fegan reckons 250,000 Australians will be using medical cannabis in a few years’ time, while the company itself expects to sign up 20,000-30,000 patients here and in the UK.

The dilemma for cannabis investors is there are so many stocks purporting to be pot players – some only peripherally so in reality — that the ASX marijuana menu has become downright confusing.

Recognising this, ASX pioneer MMJ has emerged as an investment vehicle with holdings in other listed and unlisted pot plays globally.

The private-equity approach is the latest iteration for MMJ, which listed as Phytotech Medical in January 2015 and then merged with Canada’s MMJ Bioscience.

Putting a new slant on the term ‘seed capital’, MMJ recently signed up Toronto based venture capitalist Embark Ventures to manage the MMJ portfolio, which consists of twelve stocks with a book value of $94.7 million.

The biggest exposure by far is its 26 percent stake in Canada’s Harvest One, worth $44m.

In May MMJ paid $2.2m for a 7 percent stake in Volero Brands, which makes ‘vape’ pens and cartridges. It has also sunk a similar amount into a private Polish hemp provider, Sequoya Cannabis.

Embark and MMJ director Michael Curtis co-founded Dosecann which was then sold to Cannabis Wheaton for a 660 percent return (MMJ also had a $2.2m investment in Dosecann).

The Embark/MMJ approach clearly is not to fall in love with its stocks and so far has made eight divestments. “We would like to see 70 percent of those companies going public or chasing liquidity events in the near term (with 18 months),” Curtis says.

MMJ has already partly exited most of its $5m position in Medipharm Labs, for a 450 percent gain.

Embark also has a mandate to ‘short’ stocks that are likely to, well, go to pot.

“It’s become more of a stock picker’s market,” Curtis says. “There will be dead money stocks that do nothing for a while.”

Not surprisingly Embark/MMJ’s activities are centred in the cannabis epicentre of Canada, where recreational dope was legalised last October. Medical cannabis has been legal there since 2001.

While MMJ’s material highlights involvement in the sector from seed to shelf, Curtis is not so enamored with the heavily-competed ‘growing’ part of the chain, which involves mainly cannabis leaf rather than cannabis oils for more bespoke purposes.

“The recreation market is great but it will be only 10-20 percent of the hemp market globally,” he says.

“A lot of people are becoming farmers but the farming is not the exciting part. It’s about what you put in the ground and making sure it’s special.”

MMJ shares trade at a 26 per cent discount to the value of the portfolio, despite management’s efforts to close the gap with a share buyback program,

Given the stock’s low liquidity, MMJ may be both the first stock to list on the ASX and the first one to leave. Low liquidity means the company is seeking an alternative exchange, possibly Canada’s TSX.

In the meantime, the Canadian sector has not been without its teething troubles.

The TSX-listed CannTrust is in danger of losing its licence after Health Canada slapping a non-compliance notice on its facilities, leaving a 5200 kilogram stash in limbo.

Also, the $16 billion market cap gorilla Canopy Growth was rocked after founder and CEO Bruce Linton stepped down (Linton claimed he was sacked). Controlled by the drinks maker Constellation Brands, Canopy lost a thumping $C323m ($293m) in the third quarter.

The fastest route to pot sector is not the medicinal or recreational sectors; rather, it’s the burgeoning market for hemp-based nutraceuticals since the US Hemp Farming Act Bill fully legalised hemp last year.

Ecofibre shares have tripled since listing at $1 apiece earlier this year, with a market cap approaching $1 billion. Ecofibre is also profitable, which affords it unicorn status in the ASX cannabis corner.

In the US, Ecofibre supplies hemp products under the Ananda Health banner to 3200 pharmacies, while locally it produces grown and processed protein powders, de-hulled hemp seeds, and hemp oil.

In 2016 the company abandoned its original remit of developing medical marijuana – a strategy shift that has paid off in spades.

Elixinol sells hemp skincare and food products in 40 countries. Its Colorado-based business in the US is the country’s third-biggest seller of hemp dietary products.

In June, Elixinol raised $50m in an institutional placement at $3.90 apiece. The funds will support the company’s plans to double the size of its Colorado facility.

The company reported June quarter revenue of $9.9m, up 19 percent and a $19.3m loss, reflecting an $11.5m splurge on raw hemp inventories ahead of its US expansion.

The Farm Act Bill is monumental not just for the legalisation aspect, but because hemp growers now should be able to access finance and insurance on the same basis as other agricultural producers.

Hemp, by the way, is recognised as a rich source of proteins (amino acids), unsaturated fats, fibre and vitamins, and minerals.

ECS chief Alex Keach says: “Everybody has been talking medical marijuana, but in our view, the future is hemp and being ‘healthy but not high’”.