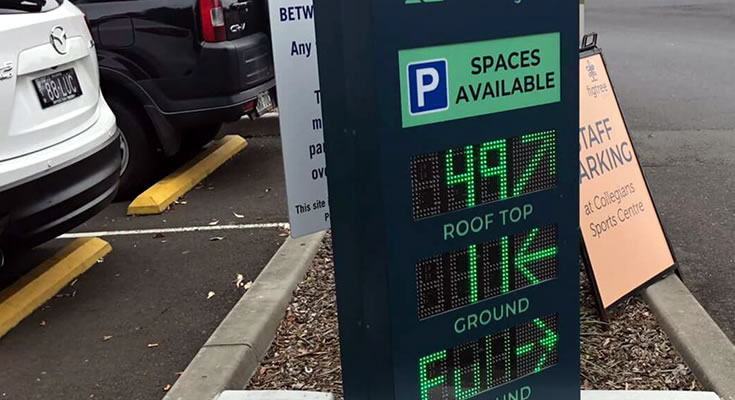 Speeding motorists and errant parkers hope they will never do business with Smart Parking and Redflex. But should investors?

In what’s bad news for British motorists, good news for investors: the parking enforcement and technology group Smart Parking (SPZ, 12c) is regaining its verve after a torrid period marked by the loss of customer contracts and management problems within its core UK business.

At the core of the turnaround is automated number plate recognition (ANPR), which is greatly reducing the odds of errant motorists getting away with overstaying.

ANPR and other efficiencies means that a motorist nabbed in a Smart Parking-operated lot can expect a ticket within five days rather than a month – and that greatly increases their propensity to pay.

“If it gets to 30 days or later, they are more likely to complain,” says CEO Paul Gillespie. “If they infringe on Monday and get it by Friday it’s more a case of ‘fair cop, guv’.”

Smart Parking derives 80 per cent of its revenue from issuing tickets in the UK, where laws are more supportive towards private operators than most other countries (including Australia).

The operators have the right to access the owner’s address via the registration authority, the Driver Vehicle Licensing Agency (DVLA). Court decisions have also endorsed the legitimacy of the ‘fines’.

Despite these favourable regulatory settings, Smart Parking has been struggling to regain lost ground after last year’s sacking of its UK CEO and CFO over allegations of inappropriate (nut not illegal) behavior.

In February this year the company reported a $600,000 interim loss compared with a $2.2 million surplus previously, with revenue declining 17 per cent to $14.1m.

Management attributed the off-colour result to the customer losses and improved motorist compliance (tickets issued fell by 8 per cent to 187,309).

During the December half Smart Parking won 77 more customers, but lost 12. But by February this year the company had won 23 without any losses, taking the tally to 324 with a target of 400 by June.

“We have added some sales people and changed the structure,” Gillespie says. “They are delivering some great numbers and sales are growing month by month.”

But investors — including chairman and Computershare founder – still require patience. “While you won’t see it in the numbers this year over the next 12 to 24 months you will see a real change in the company’s performance.” Gillespie says.

Gillespie estimates there are 44,000 off-street parking lots across Britain’s not-so-broad expanses, but of these 15,000 to 20,000 are suitable for ANPR and are thus the company’s addressable market.

In between squabbling about Brexit, the British Parliament late last year introduced the Parking Bill which imposed stricter rules on the fragmented sector mid revelations of a tenfold increase in private ‘fines’ over the last decade.

As a British Parking Association member, Smart Parking is audited every quarter and also gets scrunitised by the DVLA twice a year. “The level of scrutiny is good because it shows we are not there like Dick Turpin,” he says.

“Too many private companies don’t follow the rules. So anything you can do to raise the profile of the industry and treat customers fairly is a good thing.”

The paradox of Smart Parking’s business model is that the better it does its job, the more compliant drivers become and the less revenue the company receives. To grow its revenue, the company therefore needs more customers.

Gillespie says while the company strives for 100 per cent compliance, in reality it will never happen. The infringement rate has been consistent at 0.5 per cent – one driver for every 200 parkers.

Half of these don’t pay and need to be pursued by debt collectors.

Locally, the division installs sensors to detect overstays for customers including Coles and Telstra and numerous local councils.

“(The division) had a really big year last year and got close to profitability but the last few months have been quiet,” Gillespie says.

Smart Parking’s $41m market cap pales into comparison with the $420m price tag for ParkingEye, the UK’s biggest car park operator, sold last year to a consortium led by Macquarie Group (which knows a thing or two about clipping the ticket).

While Australian motorists grumble about copping a speeding or red-light camera fines, they generally pay up without further remonstration. But not so in the US, where camera citations are viewed as unAmerican and increasingly are being banned by governments or subject to adverse court judgments.

The backlash has been an increasing headache for traffic camera maker and operator Redflex, which derives close to half of its revenue from the US.

In May, the Texan government in effect banned traffic cameras. Redflex said the Lone Star state accounted for 13 per cent of its total half-year revenue in the first (December) half – which implies $7.4m – adding the ban would “materially” affect financial performance.

In July Arizona’s El Mirage city council turned off its speed cameras, in favour of employing extra cops to dish out the fines personally.

Given the solid evidence that traffic cameras save lives, the authorities’ actions seem retrograde. But a big difference between here and the US is that police chief are elected and thus behoven to popular opinion.

Canada is also proving more receptive to the ‘cameras save lives’ message. This month the company won a deal from Toronto Council to install and operate automated speed enforcement technology. The five year deal (with a five year) option is worth up to $25m.

Locally, the Victorian Government this week renewed a contract for Redflex to service 150 cameras, in a three year deal with two one-year extension options (the initial three-year period is worth $15m of revenue).

Given the US backlash, Redflex’s mantra is more about “intelligent motorways solutions”: tools to monitor traffic and detect incidents. It is also in Smart Parking’s game of deploying number plate recognition for parking management, such as at Melbourne’s Chadstone mega shopping complex.

In the first (December) half Redflex reported revenue of $57m (up 7 per cent) and underlying earnings before interest tax and depreciation of $9.1m (up 63 per cent).

But a steep depreciation charge on the cameras resulted in a $945,000 net loss, an improvement on the previous $10.8m deficit.

Investors slashed the value of Redflex shares by 25 per cent after the Texan revolt, but the strong flow of new orders suggests Redflex isn’t doing everything wrong. If the accident-prone company can avoid further US pot holes and hone its focus on broader traffic management, performance finally might switch to the fast lane.