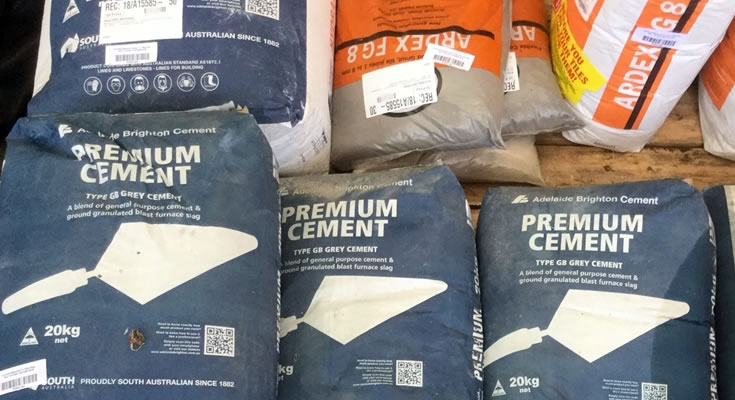 Shares in cement manufacturer Adelaide Brighton took another hammering yesterday after it again cut its earnings forecast for 2019 and scrapped its interim dividend.

In fact, it now looks very likely the company will report a loss for the six months to June because it says it will take a $100 million asset write-down for the half-year.

It was the second downgrade since May and the company again blamed a further softening of conditions in the residential and civil construction markets.

The company’s shares plunged as much as 19% in early trade to notch its biggest intra-day percentage drop since May 2004.

The company expects underlying NPAT, excluding property, of $120 million to $130 million for the year ended December 31, adding that it would not declare an interim dividend for the period ending June 30.

That’s before the asset write-down, meaning the actual “underlying result” for the year to December 31 next could be less than $430 million

The company said that apart from softer construction conditions, continued competitive pressure in Queensland and South Australia, as well as an increase in raw material and shipping costs associated with softening volumes in Victoria, had also cut earnings.

The Adelaide-headquartered company said it would record a non-cash impairment of no more than $100 million pre-tax for the six months ended June 30 but the write-down would not affect underlying profit.

Seeing the company earned a first-half result in 2018 of just over $84 million, the loss for the six months to June this year could very well be upwards of $50 million.