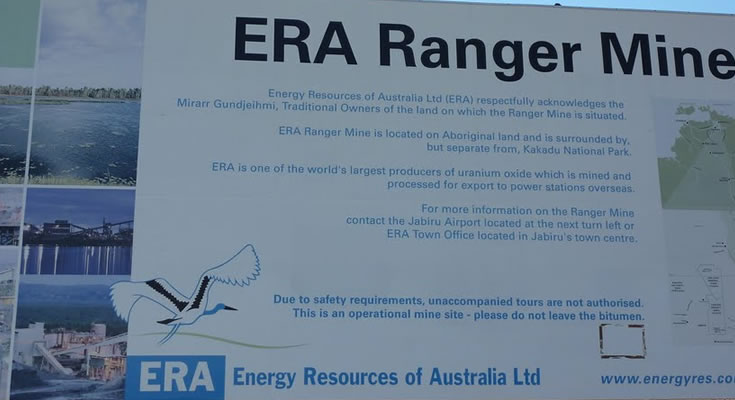 Rio Tinto will boost its stake in its Energy Resources of Australia (ERA) to help the company fund the cleanup of the Ranger uranium mine in the Northern Territory.

ERA doesn’t have enough money to fund the clean up on its own, so its parent will stump up the extra.

ERA doesn’t have the $799 million it is estimated it will cost to rehabilitate the mine site.

ERA only has $349 million total cash at bank at June 30, plus another $76 million held by the federal government as part of a cleanup trust, bringing total cash resources to $425 million.

The 38-year-old Ranger mine has to close by January 2021 after its traditional Aboriginal owners rejected continued mining at the site in 2015.

“Following extensive discussions regarding a number of potential funding options, Rio Tinto has advised ERA that is only willing to provide additional financial support to ERA via a renounceable entitlement offer undertaken by ERA,” ERA said in a statement on Thursday to the ASX.

In that event, Rio Tinto would subscribe for its 68.4% entitlement of new shares – the same percentage of ERA that it owns.

Rio will also underwrite the balance of the entitlement offer on terms to be agreed.

Given the weak support for ERA from non-Rio investors, it is highly likely that there will be a shortfall on the issue. Rio will pick that up as the underwriter.

“ERA is considering the size, structure, and terms of any potential renounceable entitlement offer, having regard to the interests of ERA as a whole,” ERA said.

“In parallel, ERA continues to investigate whether there are other potential funding sources,” the company said.

“ERA will provide a further update in due course.”