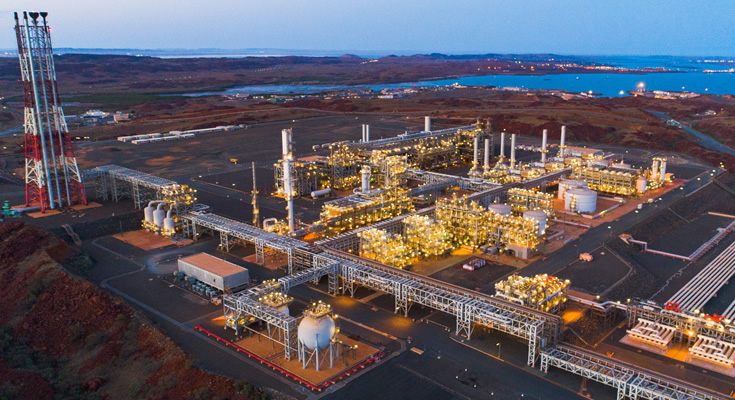 World oil prices fell Wednesday and yesterday, underlining why Woodside Petroleum suffered its first drop in revenue in six quarters in the three months to June 30.

And with revenues down for the second quarter on a year ago and revenue for the June half lower this year than the first half of 2018, Woodside is heading for a weaker interim result when it reports on August 15.

It was the gradual slide in oil prices in the June quarter that hurt Woodside’s revenue line, plus a surprise series of maintenance delays at its Pluto field off the WA Northwest coast.

In a second-quarter production update to the ASX yesterday, Woodside revealed a 32% drop in revenue, which it blamed largely on the unexpectedly long maintenance works at Pluto.

Woodside shares dropped almost 3% at the start of trading and were weaker all day as the global price of US West Texas Intermediate (WTI) hovered around the $US56 a barrel, the lowest for around two weeks.

The company had warned in June that the problems at Pluto and saw guidance that the company’s full-year production would be at the lower end of its 88-94 million barrels of oil equivalent (MMBOE) range.

Woodside said it started commissioning activities at the $US1.9 billion Greater Enfield oil project off WA Northwest coast. Woodside operates the Greater Enfield project and has a 60% stake, while Mitsui E&P Australia, a unit of Japanese trading house Mitsui & Co, owns the remaining 40%.

“The team has done an outstanding job delivering the project, which is on schedule and budget, We restarted production from the Vincent wells in July and are working towards startup of the Great Enfield wells within the coming weeks,” Woodside CEO Peter Coleman said in yesterday’s release.

In March, Mr. Coleman said the company was slowing down marketing for the Scarborough development in Western Australia, despite a lot of interest for the gas, due to weak prices of Asian LNG.

Woodside said yesterday that the Scarborough Joint Venture had awarded a contract to Marubeni-Itochu Tubulars Oceania Pty Ltd which includes an option for line pipe supply for the Scarborough export pipeline.

In other words no real advance – the venture is just ticking over.