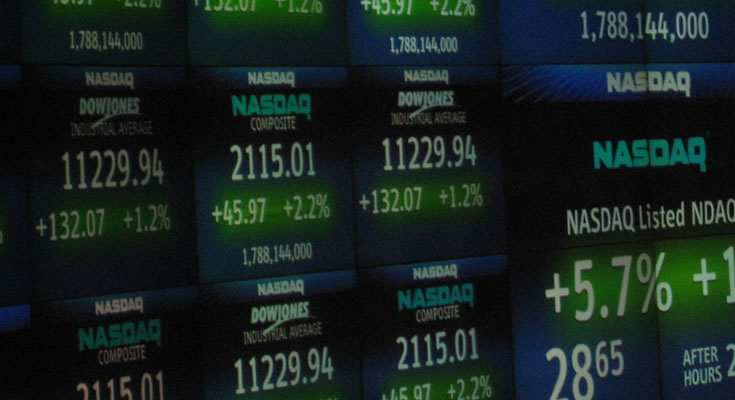 The blood would have run out of RBA board member faces yesterday as the local June jobs report showed a mere 500 jobs added. But there was at least some silver lining.

Aside from the fact the May number showed a spike of 45,300 on election exuberance, and probably soaked up June potential, the 500 additions were split as 21,100 full-time against a loss of -20,600 part-time jobs. This sent the underemployment rate, which is the more definitive measure of “spare capacity” in the labour market, down a full -0.4 percentage points to 8.2%.

But the unemployment rate remained stuck at 5.2% and participation was unchanged from May’s historic peak of 66.0%. If unemployment is to fall to 4.5% as the RBA hopes, it looks like it’s going to take more than two rate cuts.

This news did not, however, spark excitement in a yield-hungry stock market. Maybe the realisation that rate cuts simply reflect a weak economy was evident, or maybe the ASX200 was always set to have a down-day anyway. The index fell steadily from the open before a bit of a bounce on the jobs data, and then the selling resumed again in the afternoon.

The index was down -43 points with 45 minutes to go when suddenly someone came in buying.

There was no clear pattern among sectors yesterday, other than only three closed in the green. Healthcare, IT and telcos all managed 0.3% gains.

Energy stood out (-2.3%) unsurprisingly on another big drop for the oil price. Materials should have fared better (-0.4%), given big jumps in the gold and nickel prices, but profits continue to be taken in the big iron ore miners.

We note nonetheless that nickel miner Western Areas ((WSA)) won the day with a 5.3% gain, while the top five leaders was rounded out with three gold miners and Lendlease ((LLC)), which has won a contract to build a village for Google and rose 4.8%.

On the downside, it appears profits were taken in some of the yield plays, with the banks, industrial, staples and utilities all lower.

Train wreck of the day was construction contractor Cimic ((CIM)), which posted an earnings miss and fell -19%. Two oil & gas companies helped round out the top five losers, along with Magellan Financial ((MFG)), after Macquarie yesterday joined peers in downgrading the stock to Underperform due to outperformance. Magellan is alone among large wealth management peers in actually seeing funds inflows this year.

Wall Street saw a turnaround last night on Fedspeak and this morning our futures are up 16 points, underpinned by yet further jumps for gold and nickel, albeit with further losses for the oils.

We’ll see how a school holiday Friday plays out.

“When you have only so much stimulus at your disposal, it pays to act quickly to lower rates at the first sign of economic distress.”

On that comment, the Dow rebounded from down -150 to close flat.

New York Fed president and FOMC member John Williams went on to say, in a speech late morning New York time, that a “wait and see” approach is fine when rates are much higher, but when rates are already this low, it’s better to “vaccinate”.

“It’s better to deal with the short-term pain of a shot than to take the risk that they’ll contract a disease later on.”

Is the US facing economic distress? The Conference Board’s leading economic indicators index dropped -0.3% in June having been flat in May, to mark the biggest monthly drop since 2016.

Yet the Philadelphia Fed activity index for July rose to 21.8, its highest level all year, from a mere 0.3 in June, when 4.5 was forecast.

But the focus was all on Williams’ comments, and they suggest, to Wall Street at least, that a -50 point rate cut is now more likely than -25 points come July 31. And that’s great news.

Great news for gold, which jumped another twenty bucks. The US ten-year yield is again threatening the 2% mark and the yield curve continues to slowly steepen.

Meanwhile, Netflix remained the talk of the Street all day and held the -11% loss it suffered on its result release aftermarket Wednesday night. Otherwise, with 12% of the S&P500 having reported, the beat count remains at a lofty 85%. In focus in the aftermarket this morning was megalith Microsoft, which posted a beat and is up over 2%.

Earnings reports are proving to be positive so far but it appears they need to be, just to keep the major indices where they are. If earnings begin to falter, or guidance is overly gloomy, the downside will open up. At least until the sidelined buyers spring into action.

Last night it was announced Gulf oil rigs were now back at full production following the hurricane and this was good for a further -3% drop in oil prices, until towards the close the president announced the US had shot down an Iranian drone in the Strait of Hormuz. Oil prices recovered half of their initial losses.

The way nickel prices are running you’d think the electric vehicle was only invented this week.

John Williams’ comments sent the US dollar index down -0.5%, and the Aussie has responded with a 0.9% jump to US$0.7074, because forex traders are always short.

Wall Street will be keeping an eye on US consumer sentiment tonight.

Paladin Energy ((PDN)) is due to release a quarterly report.