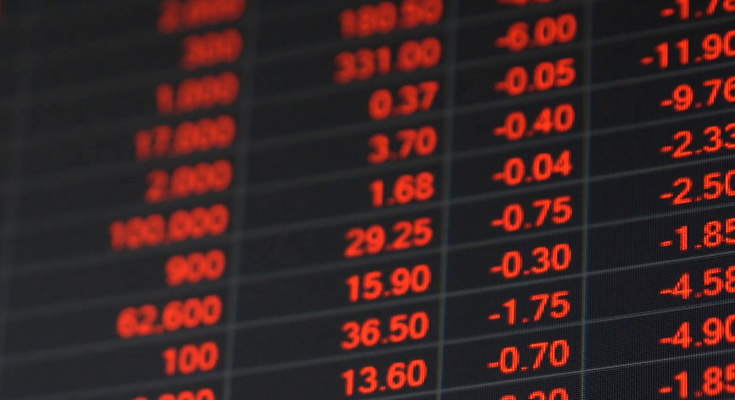 After two days of weakness for the ASX200 that may have signalled a more significant pullback is due, buyers who have been waiting for any opportunity emerged yesterday in school holiday-thin trading. With cash and bonds paying negative real rates and more from the RBA to come, anything with a dividend looks good.

Energy was the only sector to close in the red yesterday (-0.3%), on a fall in the oil price.

There were some big movers yesterday among individual stocks.

On the leaders’ board, agri-stock Elders, having suffered along with peers during the drought, jumped 16.4% after successfully placing new capital and scoring an upgrade to Add from Morgans. Shipbuilder Austal ((ASB)) upgraded guidance ahead of its earnings result, which was worth 11.2%. Western Areas ((WSA)) took the bronze thanks to a pop in the nickel price, rising 8.7%.

On the losers’ board, satellite company Speedcast International ((SDA)) was again out of favour after the chairman wrote a mea culpa letter to shareholders. It fell -6.7%. Lithium miner Galaxy Resources ((GXY)) went from hero to zero, jumping on Tuesday on a production beat and falling -6.6% yesterday on the realisation no one wants to buy the stuff, and a downgrade from Citi. Estia Health ((EHE)) has copped a class action with regard alleged breaches of market disclosure requirements, and fell -5.8%.

It’s only a matter of time.

As we look ahead to today’s trade, we note nickel is up again, oil is down again and gold has popped once more. Wall Street sold off to the close and our futures are down -15 points, ahead of today’s jobs report.

That report would have to be an absolute cracker to prevent another RBA rate cut.

The Fed Beige Book, released last night, found US businesses are “generally positive” about the economy, which Fed suggests is still expanding at a “modest” pace, but “widespread concerns about the possible negative impact of trade-related uncertainty” remain.

So it’s all about tariffs.

On that note, US-China trade negotiations have reportedly stalled while the White House figures out exactly what its stance will be on Huawei. And Trump is still awaiting promised orders for US farm products that never come.

The impact of tariffs, or at least the uncertainty they engender, was felt by US railroad company CSX last night. It fell -10% on an earnings miss. Railroads are, like parcel delivery services, considered an economic bellwether.

Some 7% of S&P500 companies have reported earnings so far, 85% have beaten forecasts, posting a net 3% growth. Wall Street’s overall net forecast is for -3% growth by season end. It’s early days.

Netflix had guided to 5m new subscribers in the quarter but managed only 2.7m. Winter has come and gone.

On the economic front, housing starts fell to a two-year low level in June, down a worse than expected -6.1%.

The major indices suffered accelerated selling to the close last night, which is never a good sign. But with the northern hemisphere now in summer mode, trading will remain on the lighter side through to September.

Nickel jumped again last night, basically because it jumped on Tuesday night on supply concerns and has likely sparked short-covering and forced commodity index buying. The other base metals suggested renewed fears about US tariffs.

The oils continued lower as the weekly US inventory lottery came up with a smaller draw than expected.

AM Report: US Sharemarkets Fell On Friday

ASX Crawls Higher Over The Week