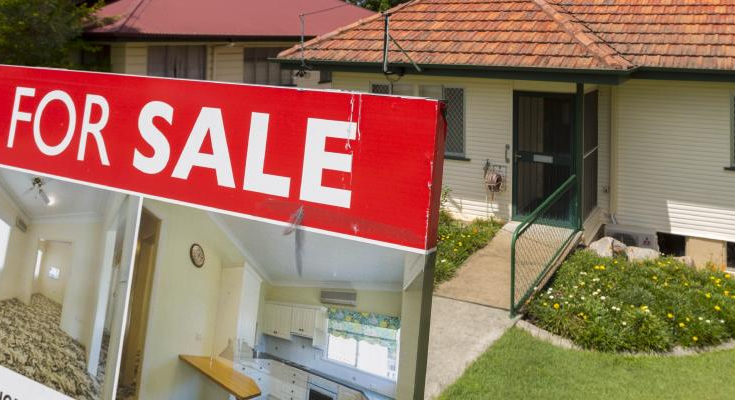 The Reserve Bank monetary policy meeting in Darwin today will have a tiny bit of good news to consider (and ignore) – the slide in house prices again slowed last month with small rises being recorded in Sydney and Melbourne for the first time 21 months.

It’s promising and if continues for the next three months we will be closer to saying that the housing sector has steadied after the big falls seen since late 2017.

Certainly, the re-election of the Morrison government and the seeing off of the capital gains tax, negative gearing and dividend imputation tax policies of the ALP might have triggered a rebound in confidence.

The credit data from the RBA on Friday showed no sign of any immediate impact on demand for loans (nor any impact from the change in limits on how much borrowers can afford from key regulator APRA).

The RBA data showed growth in home lending in May was the slowest for more than 40 years.

So the end of the slide in property prices could be the first hint of better times to come, but that’s all.

CoreLogic data showed that June saw property values across Sydney and Melbourne lift for the first time since 2017 while Hobart resumed its recent rising trend in prices.

But the turnaround in the nation’s two largest property markets has yet to spread to the rest of the country with the CoreLogic measure of values showing sharp falls in Brisbane, Adelaide, Perth, and Canberra.

CoreLogic said it was the first monthly increase in Sydney values since the market peak in July 2017 while Melbourne dwelling values hadn’t risen since the market there peaked in November 2017.

CoreLogic head of research Tim Lawless said the May federal election and a 25 basis point cut to the RBA cash rate in early June may have played a role, but suggested that improving conditions through to mid-May were largely “organic”.

He said the 0.2% fall nationally was the smallest month-on-month decline in the national series since March 2018 and largely down to the turnaround in the NSW and Victorian capitals.

“Potentially we are seeing the first signs that the top end of Sydney and Melbourne’s housing markets are leading the recovery trend,” Mr. Lawless said.
The RBA though will probably pay a bit more attention to the slide in manufacturing sector activity in June.

The survey of Australian manufacturing activity fell 3.3 points to 49.4, dipping below the 50-point mark separating expansion and contraction in activity. (Both China’s surveys had the same reading – see separate story).

It ended 33 consecutive months of steady or positive results since August 2016.

The survey confirms the negativity that has shown up in recent months in the monthly National Australia Bank business conditions and confidence surveys.