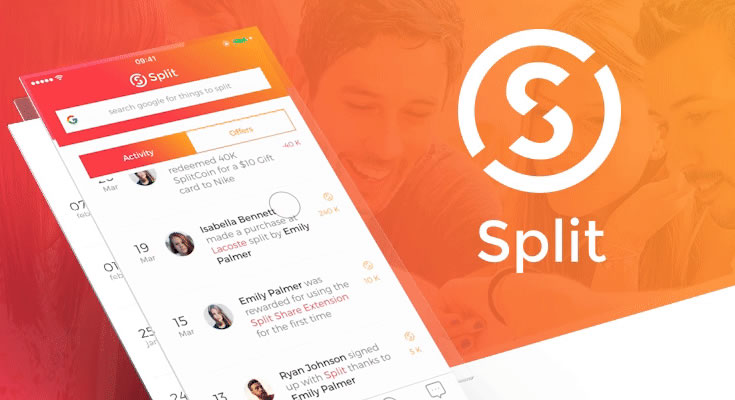 The Australian Stock Exchange’s status as the global home of listed buy now pay later (BNPL) stocks is under scrutiny, with leader Afterpay (APT, $25.72) being probed for money laundering violations and the sector more broadly under the blowtorch for fostering profligate ways among our free-spending youth.

And yet, the BNPL bandwagon keeps rollin’ on with the Minneapolis based Sezzle pondering an ASX debut in coming months. From what we can see, Sezzle’s business model is close to Afterpay’s but management says it won’t be competing directly with the Antipodean dazzler.

While BNPL valuations have undergone a steep reality check, Afterpay has just raised $317 million of fresh equity, while the New York based Splitit (SPT, 66c) pocketed $30m from a placement, with up to $10m to come in a share placement plan.

Shares in the Afterpay and ZipCo (Z1P, $3.03) are both down around 22 per cent and 19 per cent respectively 25 from their May peaks, while newcomer Splitit is 67 per cent off the pace from its March peak.

Having said that, holders of any of the stocks since IPO are well in the money – which can’t be said for consumers caught in the trap of easy money.

The share correction has been attributed to the flow-on effects of the Austrac probe into Afterpay, which follows revelations the proxy agitants Ownership Matters set up an account in the name of Miguel Laucha (Mickey Mouse), while a 16 year old was able to buy $300 of alcohol.

Feeling a little Goofy, the company said it has closed off that avenue of abuse.

More broadly, it’s also just as likely that BNPL investors took a smoke-o given the extravagant valuations the sector’s exponents are trading on (Afterpay is still worth $4.8 billion and Zip is valued at just over $1bn).

The perceived problem with the BNPL model is that customers are not subject to rigorous credit checks, except for a light going over at the point of sale. Think of those attendants at sporting events who have about two seconds to frisk a patron for an explosive device or – worst still – a bourbon and cola UDL.

The approach might work in times of relatively low unemployment, but in tougher times easy credit (not that the BNPL schemes are defined as such) has a way of biting back.

Perceptions of course can be stronger than reality and a Zip says the company rejects 40 per cent of all applications. “Zip does more upfront due diligence on new customers than any other credit provider in Australia, including credit and identity checks for every single application,” the company says.

The Afterpay/Zip/Sezzle models are ‘anti credit’, appealing to largely unbanked millennials without a credit card.

In contrast, Splitit takes the approach of teaming with the banking establishment with a model that intermediates the existing credit or debit card payments chain.

Consumers can split their payments into up to 36 monthly instalments, without incurring interest. The bank credit card providers – who have already vetted the customer — continue to bear the credit risk.

“From a competitive perspective we are different to the others,” says Splitit chief Gil Don. “Especially in the Australian market, we do not provide new credit or debt.”

If anything, Splitit’s rivals are not BNPL providers, but store cards and perhaps the 30 day interest free capability of a credit card.

While Afterpay’s average balance is around $150, Splitit’s is $1000 which reflects its older demographic of 28 and above.

Don says it’s healthy to have the option of half a dozen providers at the checkout – physical or virtual – because it’s not a case of one size fits all. A $100 purchase is not really suited to Splitit, because few consumers would bother with $20 instalments over four months.

Having said that, how many payment options at the checkout can a consumer tolerate before the tyranny of choice simply confuses them? And how many schemes can the merchants keep track of with its internal auditing and other procedures?

While endless schemes may well flourish with their tweaks and niches, the most fruitful rewards will go the providers who can emulate PayPal and become the global household name in payments.

While endless schemes may well flourish with their tweaks and niches, the most fruitful rewards will go the providers who can emulate PayPal and become the global household name in payments.

Like Afterpay, the New York based Splitit is focused on the US retail sector which turns over $US8 trillion a year with more than one-thirds still carried out by credit cards.

“The strategy is to acquire as many merchants as we can, but from a quality rather than quality perspective.”

With revenue last year of only $US790,000 ($1.14m), Splitit is smaller than Afterpay (first half income of $112m) or Zip (first half revenue of $34m). Splitit also lost $US4.64m for the year but Don notes Splitit’s expenses are lower than that of the other BNPL providers because the company doesn’t have to devote resources to chasing delinquent shoppers. “If we can get to the numbers they are doing, you only have to do the math,” he says.

While Splitit operates in 27 countries it has a US revenue bias. This month it also struck a deal with EFT Payments Asia – the partner of Chinese ecommerce titan Alipay – making Splitit available to customers of retailers such as Estee Lauder, Sunglass Hut, Kate Spade and Marriott.

Flexigroup is like one of those inventors who devise the next big thing in their garage, only to see someone else bask in the glory years later.

Flexigroup has extended ‘buy now pay later’ (BNPL) financing for more than 20 years, but unlike the runaway Afterpay it never clearly promoted the offering. Also, its business covered a confusing array of 20 products and the company has been an ordinary performer overall.

Now, the company has consolidated these products to five, including melding its two BNPL offerings Certigy EziPay and Oxipay into a funkier single product called Humm.

“It’s definitely the hot topic at the moment,” says CEO Rebecca James of the BNPL sector.

Humm can be used for transactions between $1 and $30,000 – not that one can buy much for a buck these days – repayable over two and a half to 60 months. As with Splitit, users need an existing credit or debit card.

Flexigroup aims to entice 35 to 45 year olds making more expensive purchases. James claims an average purchase of $2000, compared with $200 for the others.

The 62,000 signed up to date include usual suspects such as Myer and JB Hi Fi, but also the National Hearing chain and City Fertility.

Flexigroup claims a 17 per cent of the BNPL market – as measured by transaction volumes – and 40 per cent of receivables. The company also claims a walk-up start of one million customers here and a further 200,000 in NZ, but that is across the entire company and also covers credit card and leasing products.

James reckons that with the physical Australian retail market worth $320 billion and online sales a further $30bn, there’s room for everyone. Flexigroup in particular is targeting the $22bn health market and $65bn home improvement markets.

In the first (December) half, Flexigroup’s BNPL division made a $17m profit (up 9 per cent) – more than half of the company’s overall cash earnings of $31.9m (down 22 per cent).

“We are not reliant on massive offshore growth to make a profit,” James says – surely not a dig at Afterpay’s US expansion plans.

Flexigroup shares surged from $1.35 to $2 after the company’s revamped management ‘reminded’ investors of its BNPL presence in early May. But the company – the only BNPL currently making money – is worth a relatively modest $680m.

Not that everything is going hunky-dorily, according to broker Morgans: “We note execution of the Humm launch has not been perfect, with poor app ratings still coming through.”

Still, management contends that the best things don’t come in shiny new boxes. But we’ll know more after the Sezzle float either sizzles or fizzles.