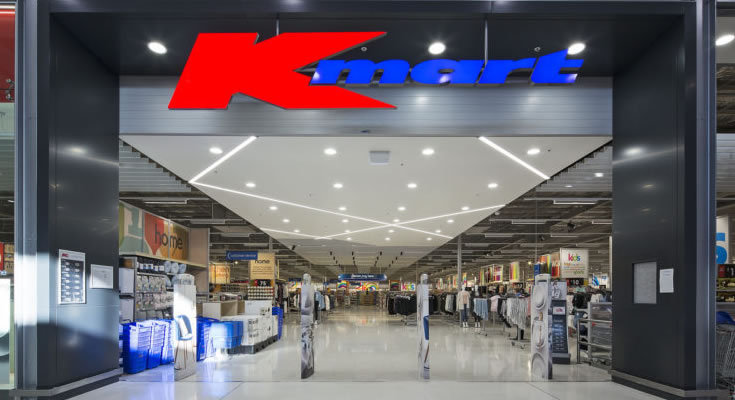 It was a tough day for retailers associated with Wesfarmers yesterday. The company revealed up to yet another downgrade for its Kmart-Target mid-level department store chain and the supermarket chain, Coles Group, which was owned by Wesfarmers up to late last year, revealed the sacking of 450 people from head office ahead of a strategy update next week.

Kmart’s long growth spurt ended in the six months to last December and now Wesfarmers has continued that the slide has continued into the June half, while Target, its stablemate, has seen a weakening of its performance in the current half year.

The impact on earnings will be dramatic – a fall of up to $103 million in the financial year that ends in 16 days time.

Wesfarmers on Thursday said that Kmart’s sales grew at just 0.2% on a like-for-like basis from the start of January to May 22. Topline sales were up 1.8%, which is barely ahead of inflation.

That came after a 0.6% fall in the first half of the financial year, producing a 0.2% dip in like for like sales (the comparable or same store is also used) for the 2018-19 financial year to date. There are just 17 days to go in the current financial year.

Target’s like-for-like sales went backward by 2.3% on the first five months of the current half-year period, bringing its year-to-date decline to 0.7%, which the company said highlighted that the struggling chain needs a “repositioning” (it has already had a couple of changes of strategy in the past few years).

The end result of this weak performance has been a cut of at least 10% in expected earnings before interest and tax (EBIT) from the two chains in the year to June.

Wesfarmers said yesterday it now expects earnings from Kmart and Target to be between $515 million and $565 million this financial year, which will be at least 10% less than 2017-18’s $631 million EBIT.

The ASX statement was made ahead of Wesfarmers’ annual company investor day in Sydney.

The continuing retail problems in this business sit oddly with the way Wesfarmers has been doing deals in recent months. It launched an abortive $1.5 billion offer for rare earths group, Lynas Corp, won a bid for lithium group, Kidman Resources were a near $800 million offer and then on Wednesday bought the online retailing business Catch, for $230 million,

All this expansion thinking and action while the Kmart-Target business was stagnating in the face of sliding revenues.

“The last 12 months have not played out as planned,” Ian Bailey, managing director of the Kmart Group, said yesterday in something of an understatement.

“Overall there is a subdued economic environment, with customers becoming increasingly selective in their purchases.

“Some everyday prices in the market are at incredibly low levels and in my view are not sustainable over time for many retailers.”

Despite the competition, Mr. Bailey said Kmart – which has delivered exceptional growth and returns in recent years – would cut prices to “vigorously” defend its position and keep growing its market share.

Mr. Bailey said Target had “not held up” under the current market conditions, and was in the process of changing its product offerings. The chain has shut 14 stores so far this financial year, with four more closures to be shut by the end of 2019.

Wesfarmers managing director Rob Scott said in the statement the company was optimistic that the end of the federal election, combined with interest rate cuts and the prospect of income tax cuts would revive consumer confidence.

Nothing about the lack of wage growth which would have a lot to do with the weak spending in Kmart and Target stores.