Iron ore prices bounced more than 5% on Tuesday as Chinese steelmaker stocks eased again and Rio Tinto revealed it would not be selling as much of its key high-grade Pilbara fines blend and lump ore over the next two months.

Rio’s news came as a surprise and follows weeks of fewer shipments of ore from Brazil in the wake of the January 28 dam wall disaster and mine closures and production cuts – although output and exports from Vale’s northern mines are returning to normal and filling the shortfall.

At the same time, Rio and BHP have been shipping as much ore – fines and lump as possible – so the news from Rio of the slowdown in July and August hit the market hard.

That, in turn, will add to downward pressure to Chinese stocks (at the mills and portside) around 115 million tonnes and still falling. 115 million tonnes is around the 30-day consumption backstop the Chinese industry likes to have.

The Metal Bulletin said the reduction in shipments from Rio was “probably because of the effects of Cyclone Veronica in late March. These included production quality issues.” As well Rio wants to rebuild stocks of ore which have been rundown to meet demand since Veronica and fires at its terminals at Port Lambert in January and April cut shipments.

And figures released this week showed a surge in iron ore exports in may from Pilbara ports, led by Port Hedland.

The monthly total and the tonnage exported to China were the highest for 11 months – since June 2018 when the total was 47.78 million tonnes and the figure for Chinese shipments was 39.69 million tonnes. 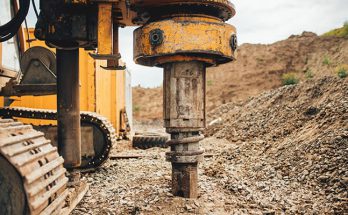