Go with the flow

I don’t know what Australian investors were taking over the long weekend, but I wouldn’t mind some. The futures suggested a cumulative gain of over 50 points while the ASX remained dark and that’s exactly where the ASX200 opened yesterday. But from there, it just kept on going.

The addition of a further 50 points took us to a new post-GFC high, surpassing the election-driven previous high. There was barely a dip along the way, and one suspects momentum programs were running riot. All sectors closed solidly in the green, bar one.

That was utilities (-2.5%), but all because AGL Energy ((AGL)) surprised the market by making a takeover offer for telco Vocus Group ((VOC)), supposedly in an attempt to diversify away from its energy distribution business. The market was not convinced, sending Vocus shares up 8.9% and AGL down -7.2%.

We note that recently a private equity group walked away from its own indicative bid for Vocus after getting a look at the books.

Also bucking the trend yesterday was Star Entertainment ((SGR)), which fell -15.7% on a profit warning.

But Star did not stop the consumer discretionary sector rising 1.8% on the day, as did just about every other sector. Those leading the pack were healthcare, up a whopping 3.5% as the big international names like CSL ((CSL)) and Cochlear ((COH)) fired ahead, and industrials (+2.5%), where interestingly the big movers were the bond proxy stocks like Transurban ((TCL)) and Sydney Airport ((SYD)), which really should be utilities.

The SPI futures had added their 50 points prior to the open yesterday on Wall Street’s response to Trump dropping his threatened tariffs on Mexico. What that has to do with Australia is unclear. Perhaps it raises hopes Trump can also get a deal done with China, and maybe eases fears Australia may have been next on Trump’s hit list although we, apparently, have a “special relationship”.

Or maybe it simply eases fears of an escalating global trade war.

There was some positive news out of China yesterday, and some negative, but the positive was an increase in infrastructure-directed stimulus, which can only be good for Australian rocks. Although at 1.4%, the gain for materials yesterday was among the weakest. More on China below.

Underpinning rallies both here and on Wall Street are expectations of central bank easing – in Australia’s case, more easing. Yesterday’s NAB business confidence survey for May did little to upset those expectations.

Business confidence spiked in May, to 7.3 on the index from April’s 0.1. Clearly businesses had been fearing what the economy might look like under a Labor government. However, business conditions – meaning how things are going right now – slumped to a five-year low 0.6, down from 3.3 in April and 7.3 in March.

If things are that bad, perhaps we need a rate cut.

After closing on the high of the day, year and decade yesterday, the ASX200 could be forgiven for taking a breather today, just as Wall Street has done overnight. But no, the SPI futures are up another 12 points this morning.

After a six-day rally that was largely all to do with Mexico, the S&P500 is once again in sight of the prior all-time high over 2900. The index first crossed 2900 in January 2018 thanks to Trump’s tax cuts, and again in April this year after the Fed went into pause mode and a US-China trade deal looked imminent.

Wall Street now expects a Fed rate cut, which is underpinning strength in stocks. But after a six-day winning streak and 2900 looming, investors took a breather last night.

The S&P came off its highs in May in a hurry when Trump suddenly implemented his China tariff increase that had been on hold during negotiations. There is still no deal, and quite frankly, no sign of one.

Yesterday Beijing announced support for the issuance of special purpose bonds by local governments to be used for infrastructure investment – the latest dose of economic stimulus. If Beijing feels the need to continue rolling out stimulus measures, it can’t be expecting to be signing anything with Trump at the G20.

At the same time the Chinese foreign ministry said yesterday it will respond firmly if the US insisted on escalating the trade stand-off. This was in response to comments from Trump on Monday that he would roll out the final, and largest, tranche of tariffs on China if no deal is reached at the G20.

The G20 is shaping as a pivotal event, but the US commerce secretary warned last night not to expect a quick resolution.

So reflections on trade, now Mexico is out of the way for the time being, were one reason for the rally on Wall Street to pause last night. But a mere 0.1% gain in the US PPI in May, as revealed last night, underscored faith in an upcoming Fed rate cut. Year on year wholesale inflation fell to 1.8% from 2.2% in April.

One presumes that 2900 level for the S&P could remain a bridge too far for the moment ahead of the G20, which isn’t until late this month. The net PE on the broad index is back up at 17x and that is considered expensive territory.

With regard the PE, it should be noted that the US first quarter earnings season featured numbers that were pre Trump’s tariff increase, and for the bulk of companies reporting since April, so was earnings guidance. So the June quarter might bring a lower net E, which would make P look loftier still.

News of a Chinese infrastructure spending boost clearly had the corks popping on the LME and lit a fire in Singapore, where spot iron ore is traded.

No such reaction for the oils.

Nor did the commodity-based currency show any excitement, being steady at US$0.6961.

The SPI Overnight closed up 12 points.

If Australian businesses were relieved by the election result, today we’ll find out from Westpac what consumers thought about it.

In the US the critical (albeit not Fed-preferred) CPI inflation numbers are due. 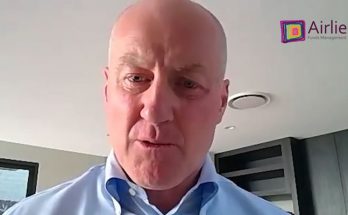 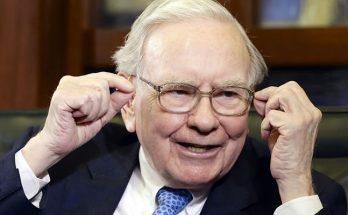 Lunch Report: Quiet Start To The Week For Aussie Shares 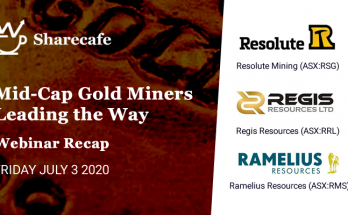