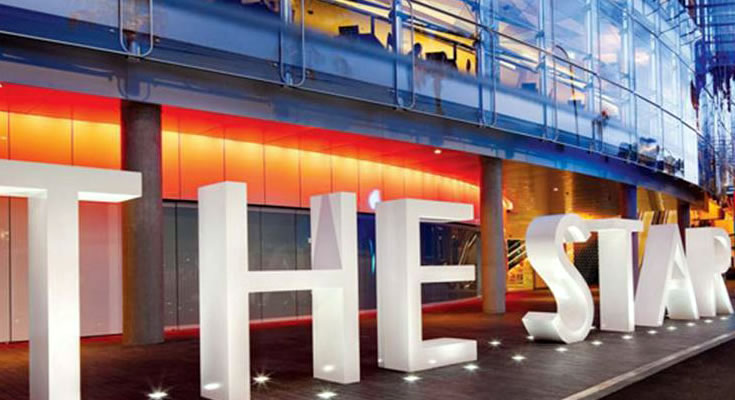 Star Entertainment Group shares fell more than 18% at one stage yesterday after the Sydney based gambling group surprised with a small downgrade in its 2018-19 earnings forecasts.

That was real punishment with the wider market up 102 points or 1.6%.

That was after Star had revealed it expects earnings to be lower this financial year compared to last and was accelerating at a pace.

The company said in yesterday’s statement “domestic revenue growth trends across The Star properties have softened since the release of first-half results, with domestic revenue between 1 January and 8 June 2019 up 0.3% from the same period of 2017-18. Total domestic revenue in the financial year is up 3.1% on 2017-18.

Star said the lower earnings are due to macro-economic conditions, less activity in private gaming rooms, and the impact of renovations at The Star in Sydney.

Revenue from slot machines is up 1.6% thanks to busier machines in Queensland, but flat in Sydney. Table game revenue is down 0.8%, but non-gaming revenue is up 1.2%. The biggest drop is a 16.5% decline in front money from international VIPs.

On cost savings, Star said, “The previously announced creation of centres of excellence in Gaming and Marketing enables the Group to improve capability, processes, and decision-making.”

“These improvements allow the consolidation of functions and provide the opportunity to generate material cost savings across non-customer facing functions and areas.

“Given the current revenue environment, initiatives to deliver these cost savings have been brought forward, with a targeted $40-50 million per annum cost savings run rate to be achieved by end 1Q FY2020.