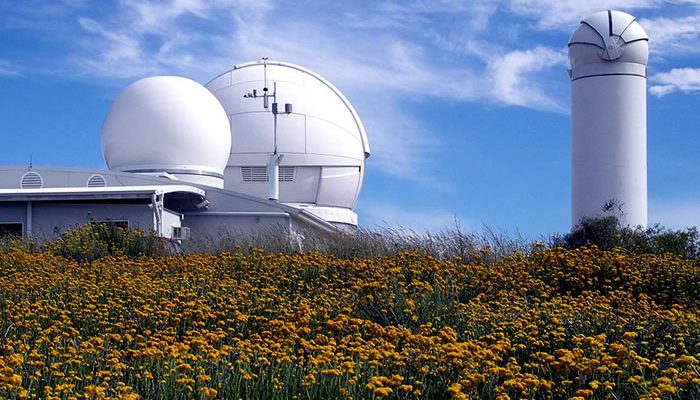 Building and launching satellites has never been cheaper and easier, spurring a constellation of ASX-listed satellite plays.

In space, no one can hear you scream – except for the residual howls of pain from investors in former ASX-listed market darling NewSat, which went broke in mid 2015 after its $600 million-plus plans to launch a telecommunications satellite crashed and burned.

NewSat’s woeful corporate governance practices aside, the company wasn’t helped by the inherently high cost of blasting a payload beyond Earth’s surly bonds.

But since then, the economics of satellites have changed radically. Advances in electronics miniaturisation, sensors and rocketry mean that satellites can be much smaller and more versatile, as well as much cheaper to launch.

In the ‘new space’ economy, private capital has replaced the Cold War model of NASA versus the Ruskies.

This month, Kleos Space (KSS, 23c) joins the latter-day space race with the expected launch of its first cluster of ‘nano satellites’, measuring just 20-30 centimetres and hovering a mere 500 kilometres above us.

Strictly speaking, is that even space?

A spin off from the British engineering firm Magna Parva, Kleos listed here in August last year after raising $11m at 20c apiece.

Based in Europe’s emerging satellite technology capital of Luxembourg, Kleos is focused on detecting radio frequencies, notably those emitted by ships’ navigation and communication systems.

Unlike GPS, radio frequency can’t be turned off, which makes it ideal for locating vessels engaged in nefarious pursuits. Think of drug smuggling, illegal fishing, discharging bunker oil and — of course — human trafficking.

Given the boat-spotting potential, we would be surprised if Sco-Mo didn’t have Kleos on speed dial. “Our aim is to get as many early adopters to grow with the business,” Kleos founder and CEO Andy Bowers says. “We are not aiming to have massive revenues on day one.”

Kleos’s advantage doesn’t lie in the nano satellites themselves (they’re made by Denmark’s Gom Space) or the rocketry (that part’s done by California’s Rocket Lab).

Rather, it’s all about the company’s secret-sauce intellectual property relating to how the satellites are configured and positioned.

Kleos’s advantage doesn’t lie in the nano satellites themselves (they’re made by Denmark’s Gom Space) or the rocketry (that part’s done by California’s Rocket Lab). Rather, it’s all about the company’s secret-sauce intellectual property relating to how the satellites are configured and positioned.

Bowers says Kleos is the only provider of spatial radio-frequency data in Europe and one of only two in the US (the other is the bigger HawkEye).

Despite the dramatically lower cost of blasting tinfoil into space, Kleos is likely to need to bolster its cash to fund expansion.”We are a capital intensive business,” Bowers says. “If we need to launch more satellites we will need to raise more capital, whether through more shares or debt, or a combination of both.”

The bigger Speedcast sells capacity on other parties’ satellites, with clients including Carnival Cruises and deepwater drillers and oil rigs (which account for about one quarter of total revenues).

We’ll also chuck in Electro Optic Systems (EOS, $3.26), which generates most of its revenue from remote controlled gun turrets but is also developing a capacity to track space junk that is hazardous to satellites.

Beam actually is well known in the telco sector for its “narrow band” mobile satellite devices that fill in the gaps where coverage is not otherwise available. Beam’s partners (or clients) include Telstra and the world’s biggest satellite operators: Iridium, Inmarsat, Thuraya and Japan’s KDDI.

Of course, sat-phones have been around for years. “But going outside with a big chunky satellite phone was not the easiest way to make a call, so we developed a wi-fi hotspot,” Capocchi says.

“So long as (the device) can see the sky, you can open up the app on your iPhone and receive telephone calls or send Facebook or Twitter upgrades anywhere on earth.”

More helpfully for humanity, there’s now no reason why hikers or boaters – or fully laden aircraft – should stay lost for long. Avid adventure seekers can buy a device for around $US700, acquire it under a mobile-plan style arrangement or rent for the weekend.

As with satellites, costs are quickly reducing. A key advantage is that unlike with one-way SOS signals, the two-way communication means emergency responders can assess whether the incident is a genuine crisis or the equivalent of the Uber Eats delivery guy being late.

“It’s like being connected to wi-fi at home,” Capocchi says. “You won’t be able to have six people watching Netflix at the same time, but you can watch YouTube or download a video.

“Think early days of ADSL (dial-up internet) with speeds of around 250 megabits per second.”

A handy addition to the Beam board is David Stewart – not the former Eurythmics guy but the ex CEO of the ASX-listed Netcomm (subject to takeover offer from the Nasdaq-listed Casa Systems).

No word yet on whether there’s room around the table for Netcomm chair Justin Milne, who has space in his diary after being jettisoned from the ABC board last year.